The Washington football regular season wrapped up while the Idaho football playoffs began. 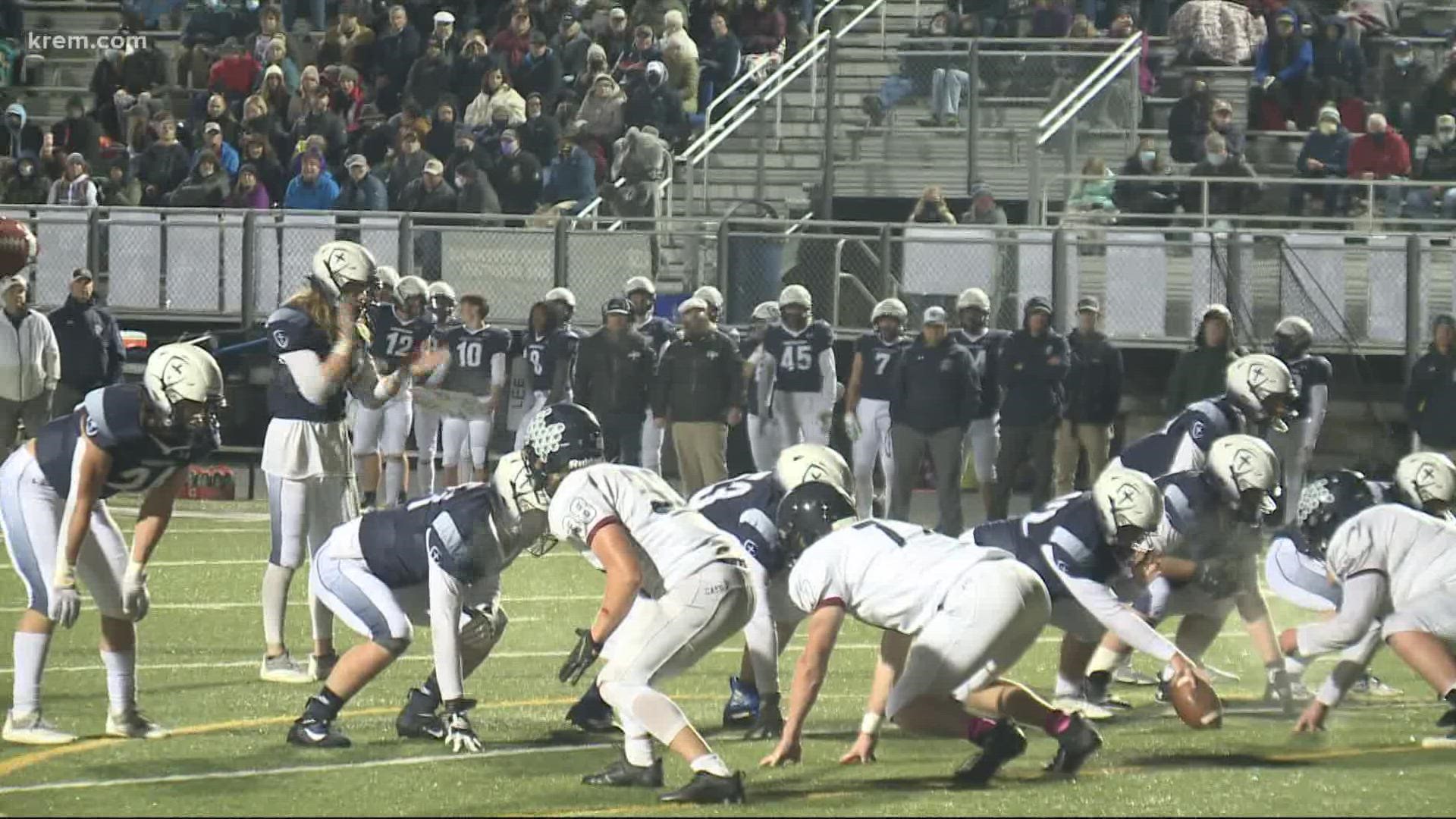 Central Valley 50, Ridgeline 14 (highlights in video): Central Valley's Gavin Tracy ran a kickoff return back for a touchdown while cancer survivor Brandon Thomas scored a touchdown out of the wildcat for his first TD of the season. Thomas also had to amputate one of his legs due to the cancer. Ridgeline freshman receiver Brayden Allen had 12 receptions on the night, including an insane touchdown catch you can see in the highlights, to advance to 71 receptions on the season. The GSL single-season reception record coming into the evening was 64.

Gonzaga Prep 28, Mt. Spokane 20 (highlights in video): Gonzaga Prep finishes the regular season undefeated as Ryan McKenna ran for three touchdowns and passed for another. McKenna literally passed twice in the game and his only completion was a 24 yard touchdown.

Mead 21, Lewis and Clark 17 (highlights in video): Mead's Colby Danielson came up clutch on the Panthers' final drive. He was able to convert a 33-yard fourth down with a lofty pass to Max Workman and then found Nolan Braun for the game-winning touchdown with 35 seconds left.

Shadle Park 30, Clarkston 27 (highlights in video): Shadle Park and Clarkston traded the lead multiple times in the fourth quarter, but the Highlanders came out on top. Malchi Troutt had an insane one-handed catch that you can catch in the highlights. Shadle advances to 5-0 in conference play.

West Valley (Spokane) 35, Rogers (Spokane) 6 (Coach'd Up): This week we mic’d up West Valley head coach Craig Whitney for our Coach'd Up segment. Jake Barker starred for the Eagles running for 121 yards and a pair of touchdowns.

Class 5A Playoffs First Round

Capital 37, Lewiston 13 (highlights in video): Coming off Monday’s Kansas Tiebreaker with Coeur d’Alene and Post Falls, the Bengals faced a tough Capital team that ended their season. Capital was led by a handful of big plays from Kody Walk and a passing attack led by quarterback Max Clark who threw for a pair of touchdowns.

Class 4A Playoffs First Round

Sandpoint 46, Mountain Home 0 (highlights in video): Sandpoint, the #1 seeded team in 4A, played like a top seeded team Friday night crushing Boise’s Mountain Home. The Bulldogs offense was led by a one-two punch of Max Frank and Gerrit Cox in the first half. Cox would finish the game first half with four rushing touchdowns. Sandpoint advances to the quarterfinals where it will host Shelley.

Class 3A Playoffs Qualifier Round

South Fremont 35, Kellogg 30 (highlights in video): Kellogg dropped its matchup with South Freemont in a slugfest Friday night. The Wildcats started their scoring in an unconventional way by scoring on a deep touchdown pass from Ripley Luna to Varick Meredith. But, after the big score, South Freemont would jump to a 28-16 lead at halftime which was too much for the Wildcats to overcome.

Class 1A Division I Qualifier Round