The 5A Inland Empire League had a unique finish on Friday that will force a Kansas City tie-breaker game between Post Falls, Coeur d'Alene, and Lewiston on Monday.
Author: Brenna Greene
Published: 1:55 AM PDT October 23, 2021

Almira/Coulee-Hartline 66, Columbia (Hunters) 0 (Coach'd Up): ACH went up 42-0 in the first quarter and cruised from there. Brandon Walsh was our Coach'd Up coach of the week.

Central Valley 24, Mead 8 (highlights in video): Luke Abshire threw for two incredible touchdowns tonight, and we caught both on camera. Abshire connected with Justin Finn for 163 of the quarterback’s 284 passing yards.

Davenport 42, Chewelah 18 (highlights in video): Marcus Delafield threw for ran for four touchdowns and the Gorillas advanced to 7-1 on the season.

Freeman 34, Brewster 10 (highlights in video): Kanoa Rogan took the second play from the line of scrimmage in for a touchdown for the Scotties. They then were held scoreless until they scored on their final three possessions of the half in which Boen Phelps threw for all three touchdowns.

Gonzaga Prep 56, Ferris 14 (highlights in video): Ryan McKenna rushed for five touchdowns, while Kruz Wheeler returned a fumble for a touchdown, as well as the Bullpups remain undefeated.

West Valley (Spokane) 28, Clarkston 14 (highlights in video): West Valley secured the win with one of the craziest plays of the year as the Eagles kicked a field goal, only to get it blocked, but since Clarkston touched the ball, it was a live. West Valley’s Tommy Price picked up the ball and took it in for six. That sealed the game as it was 21-14 before that.

Coeur d'Alene 38, Lewiston 7 (highlights in video): The Vikings offense was led by Isaiah Griffin who provided two touchdowns catches enroute to a 38-7 win. The win forces a three-way tie atop the 5A Inland Empire League between Coeur d'Alene, Lewiston, and Post Falls.

Kootenai 52, Mullan/St. Regis 26 (highlights in video): Mullan kept its perfect record intact improving to 8-0 on the season topping Kootenai 52-26. Running back Luke Trogden carried the offense in the first half with a pair of long touchdown runs, with the 2nd putting the Tigers up 28-6 where they coasted to the win. 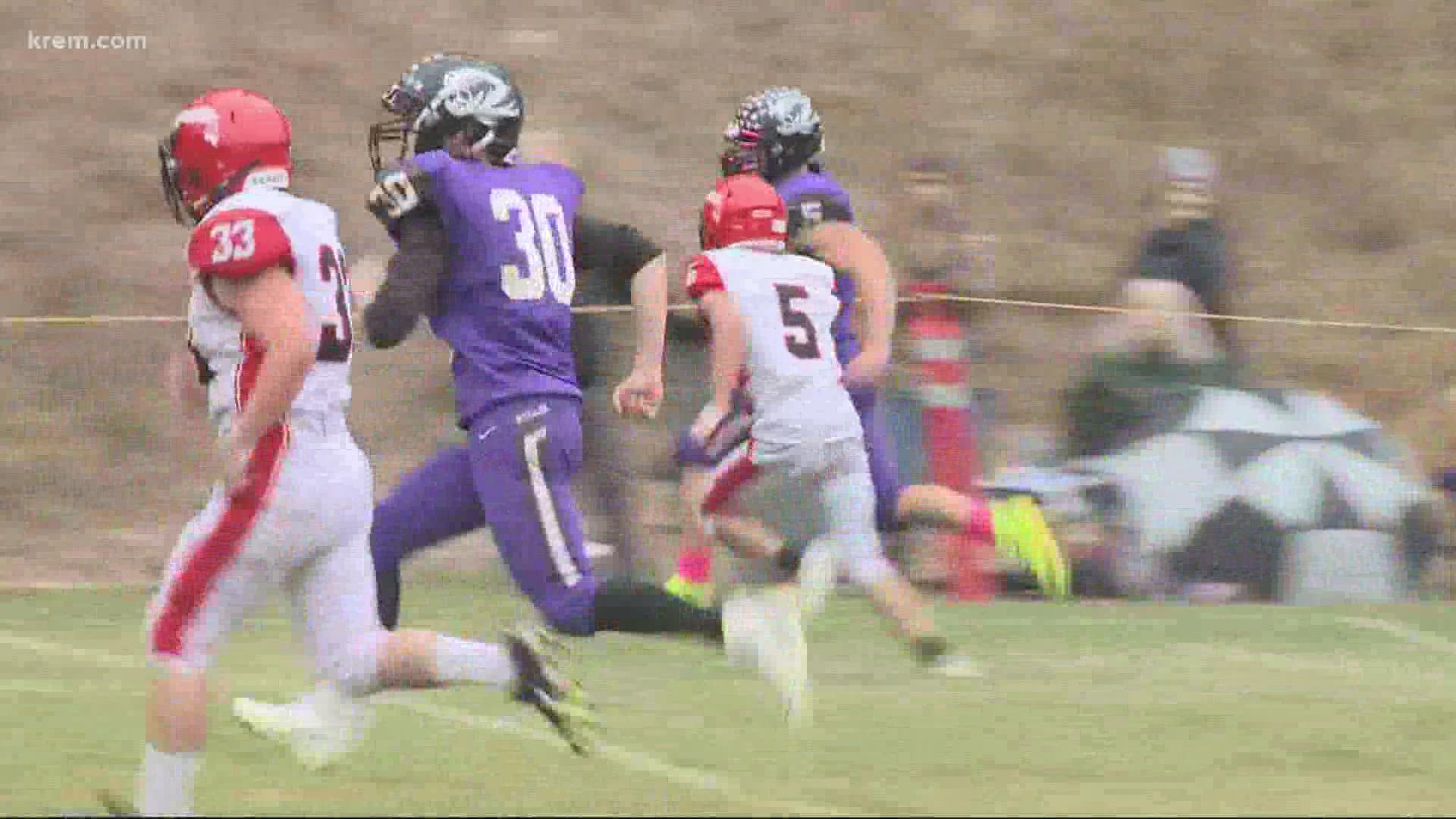 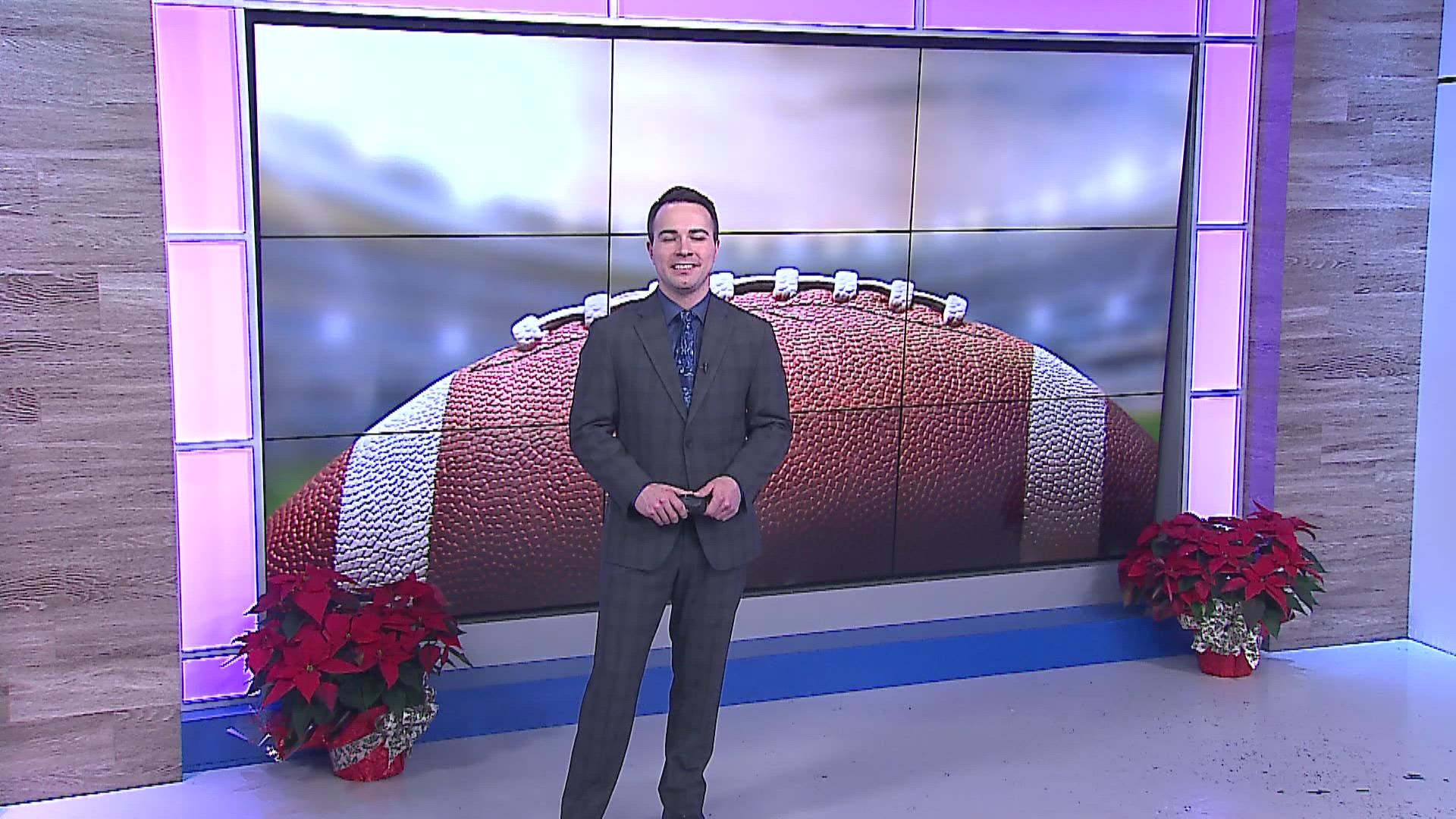