"Holy cow. It’s just so awesome. I was doing my happy dance in the press box at the soccer game when it came out," said Ferris Athletic Director Stacey Ward.

North Central, Shadle Park, Rogers, Lewis and Clark, and Ferris all now officially have a new home and all five of the athletic directors at those schools support the school board’s decision to put the stadium downtown.

"Holy cow. It’s just so awesome. I was doing my happy dance in the press box at the soccer game when it came out," said Ferris Athletic Director Stacey Ward.

It was a decision three years in the making, as 64% of people in an advisory vote in 2018 said they wanted to keep the stadium at Joe Albi.

"I thought it was absolutely dead. Done. Done. And then all of the sudden, it started to come up again. and we got a little momentum with it," said Ward.

One of the reasons why the project got momentum again? The promise of a USL team in Spokane if the stadium was put downtown.

"The Northwest really showed the potential for professional soccer in the United States and so Spokane was a city that we knew would be an amazing addition to the league," said USL COO and Chief Real Estate Officer Justin Papadakis.

Papadakis says to expect a USL team in Spokane by 2023.

There are still people who are concerned about the downtown stadium though, especially in terms of traffic and parking.

Shadle Park football head coach Jim Mace remains a bit skeptical for those reasons and others.

At the end of the day though, Mace is just excited that a resolution has been made and the project is moving forward.

"Having that clarity and knowing that they’re going to start breaking ground and building the stadium and thinking, ‘Hey, maybe after this year we’ll have a field again.’ Like that’s awesome, so we’re excited about that," said Mace. 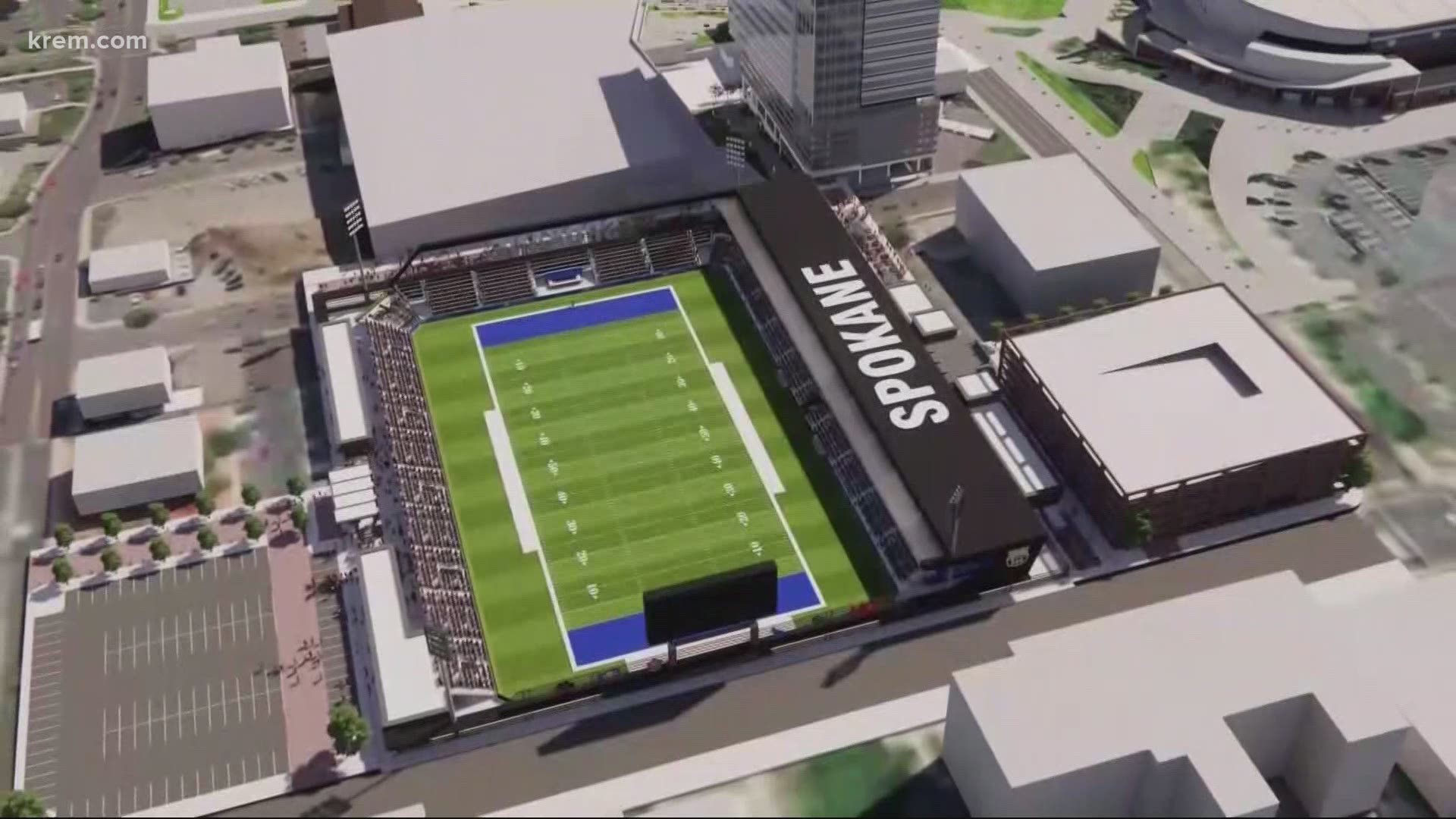