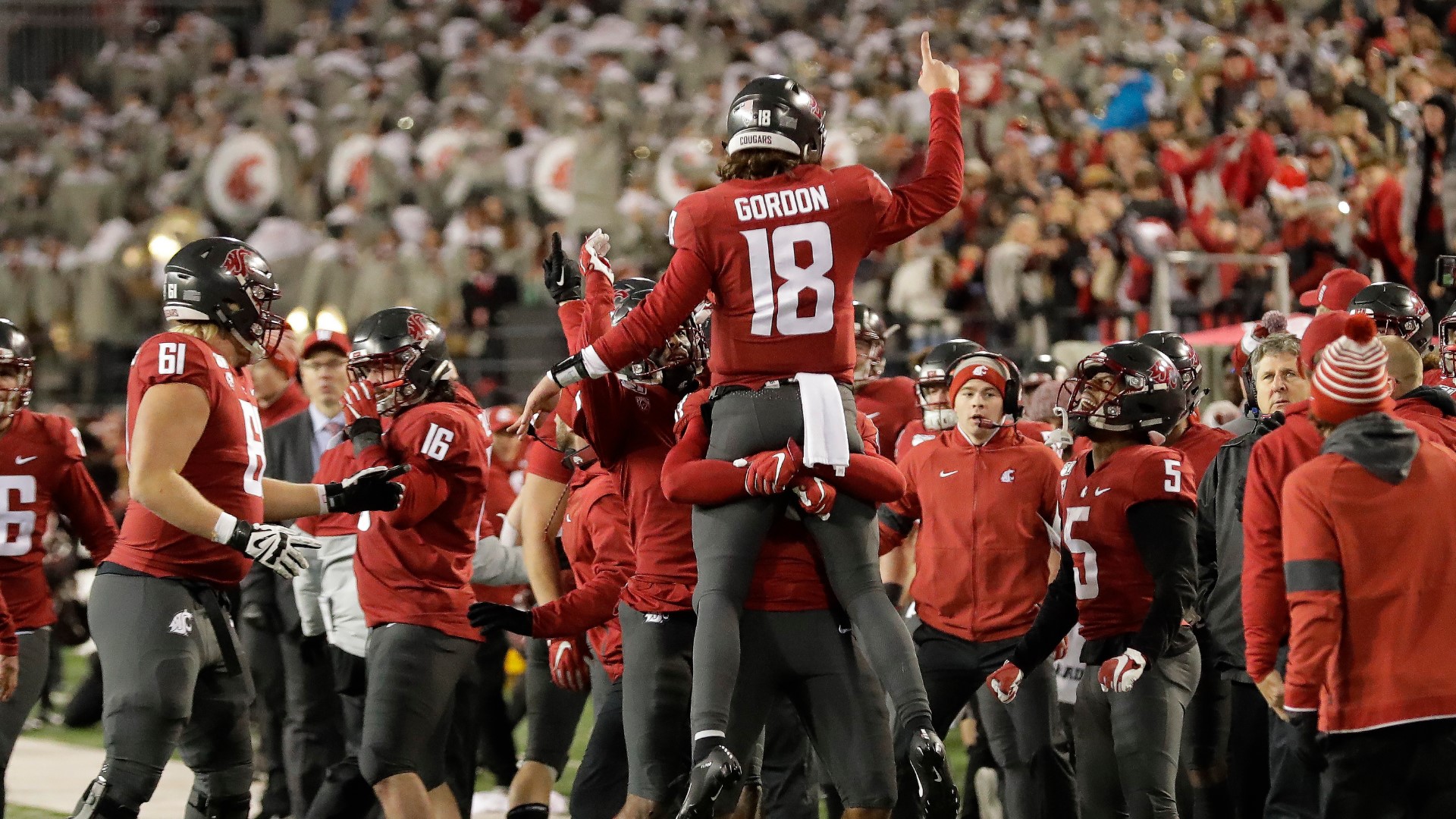 PULLMAN, Wash. — Anthony Gordon led Washington State on a 10-play, 58-yard touchdown drive with 1:10 left in the fourth quarter to give the Cougars a 54-53 victory over Oregon State Saturday night.

Jermar Jefferson rushed for 132 yards and two touchdowns. He had two receiving touchdowns as well. Champ Flemmings had 110 yards receiving and a touchdown.

Washington State: The Cougars travel to Seattle to play Washington in the Apple Cup next Friday.