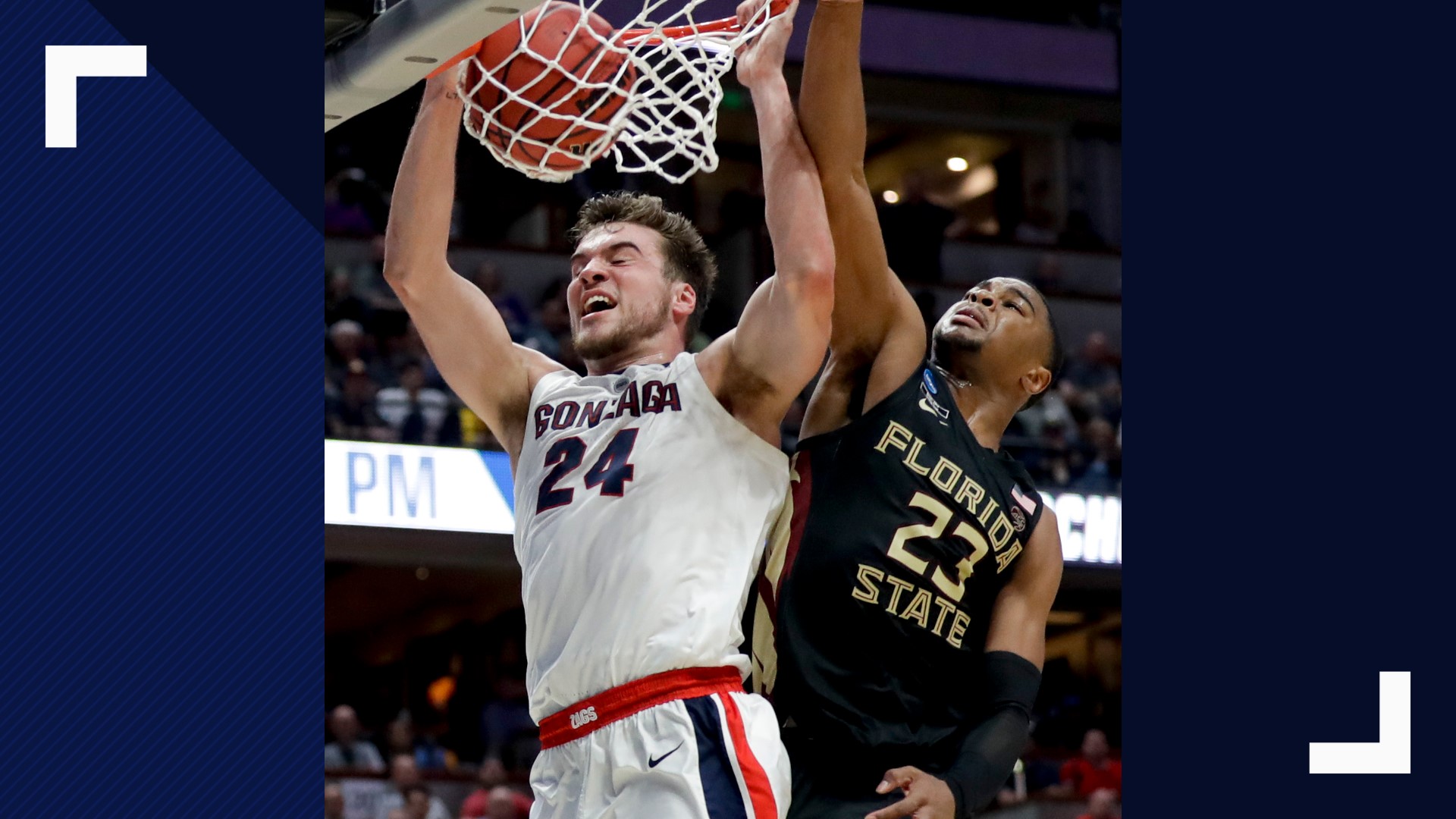 Will this be a rebuilding year or a reloading year?

Zags forwards Killian Tillie and Corey Kispert are confident in the potential, even with all the new faces.

The players gone from last season accounted for 79% of the points, 86% of assists and 69% of the rebounding last season. That list includes Rui Hachimura, Brandon Clarke, Josh Perkins, Zach Norvell Jr., Geno Crandall and Jeremy Jones.

That's a lot of players who are not returning.  Kispert knows he has to take his game to the next level.

"Last year we had great guys that could take the ball and take over games. Perk, Snacks, BC and Rui could all do that at any point, Killian too," Kispert said.

"I mean a lot of those guys, a lot of them moved on to bigger and better things. It's my turn to learn from them last year and implement that mindset going into this year," he added.

"I think I'm going to be one of the leaders of the team. I'm one of the older guys. so my role is going to be to you know, bring everyone together the freshmen and the transfers," Tillie said. "I try to make everyone play the Gonzaga way and it's going to be a good challenge."

Not surprisingly, five of the six freshmen are talented forwards from around the world.

"We have a lot of freshmen coming in from everywhere. I'm excited to start working with them," Tillie said. "Everybody can do different things and bring different things."

Gonzaga also brought in two transfers. Ryan Woolridge from North Texas and Admon Gilder from Texas A&M are guards that Kispert is excited about.

"Two grad transfers coming in right off the bat who are ready to play right away," Kispert said. "They've proven themselves at a very high level."

With plenty of potential, the key is putting it together to make this a reloading year instead of a rebuilding one.

"The big thing is just getting to know each other on and off the floor," Kispert said. "Making sure we're gelling as a team as quickly as we can."

RELATED: Killian Tillie reveals why he returned to Gonzaga instead of going to NBA

RELATED: 'I was holding back tears': Kaden Perry talks Gonzaga commitment and much more