Few has been sending birthday wishes through Cameo to raise money for Gonzaga Athletics. That's where Doris Adams' neighbors got the idea to surprise her. 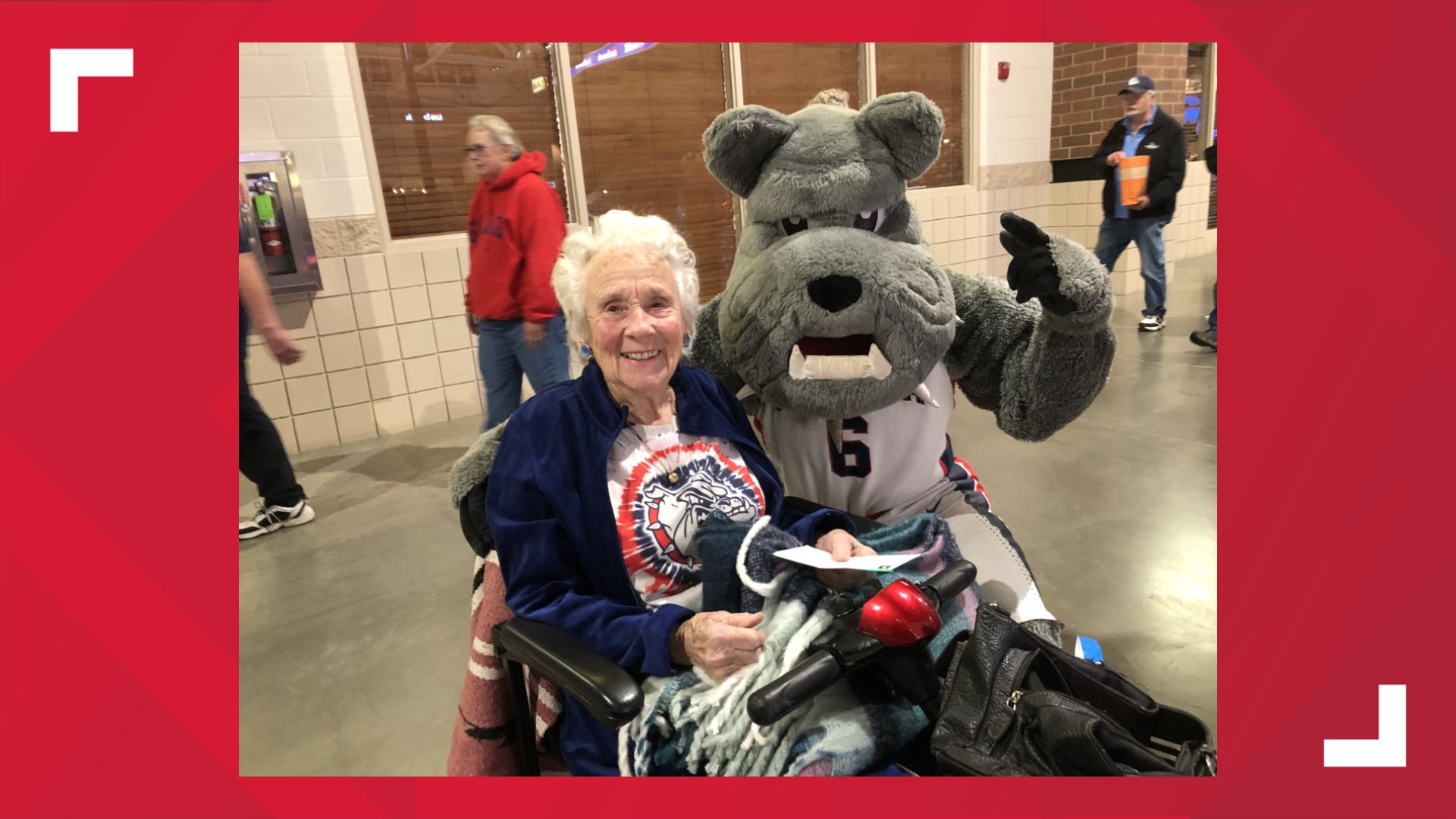 SPOKANE, Wash — Spokane resident Doris Adams has been a fan of Gonzaga men's basketball for quite some time.

The 99-year-old's favorite thing about the team is the leadership from head coach Mark Few.

"He’s important time me because he’s so calm through all the games," Adams said. "He’s real calm and he’s a good basketball leader.”

Adams' 100th birthday is coming up on Nov. 19, and her neighbors Alvin and Betty Craipo wanted to do something special for her.

For her 99th birthday, they took Adams to her first Gonzaga home game. This year, a different kind of opportunity presented itself.

Over the past couple of weeks, Few has been raising money by wishing happy birthday to fans in video messages through the Cameo app to raise money for Gonzaga Athletics during the coronavirus pandemic.

The Craipo family had Few wish Doris a happy birthday.

“Hey Doris. Mark Few here at Gonzaga," the coach said in the video. "Just wanted to wish you a really, really happy birthday coming up on November 19. Number 100, how awesome is that?"

When the Alvin and Betty showed the video to Adams, she was shocked and thrilled.

“I’ve been bragging to everybody," Adams said with a smile. "Mark Few said Happy birthday Doris, my name. This is wonderful.”

Her neighbors were delighted to see how much it meant to her.

“You know, famous people are famous people, and we admire them from a distance," Betty Craipo said. "Mark Few isn’t just that to her. You know when she sees how disciplined the boys are and how respectful they are and how they "act on the court, that reminds her of her time and why was expected of men."

It was a special gift for a special birthday for Adams. She’s enjoyed all the success of the team and is excited to see the success they are about to have. She credits a lot of that to Few's coaching.

While she hopes the team wins the national title this year, she has one long-term wish for the team.

She wants Few and all his players to make it to the age of 100.