Norvell announced after an Atlanta Hawks workout Thursday that he intends to stay in the NBA Draft. Where does that leave Gonzaga going forward? 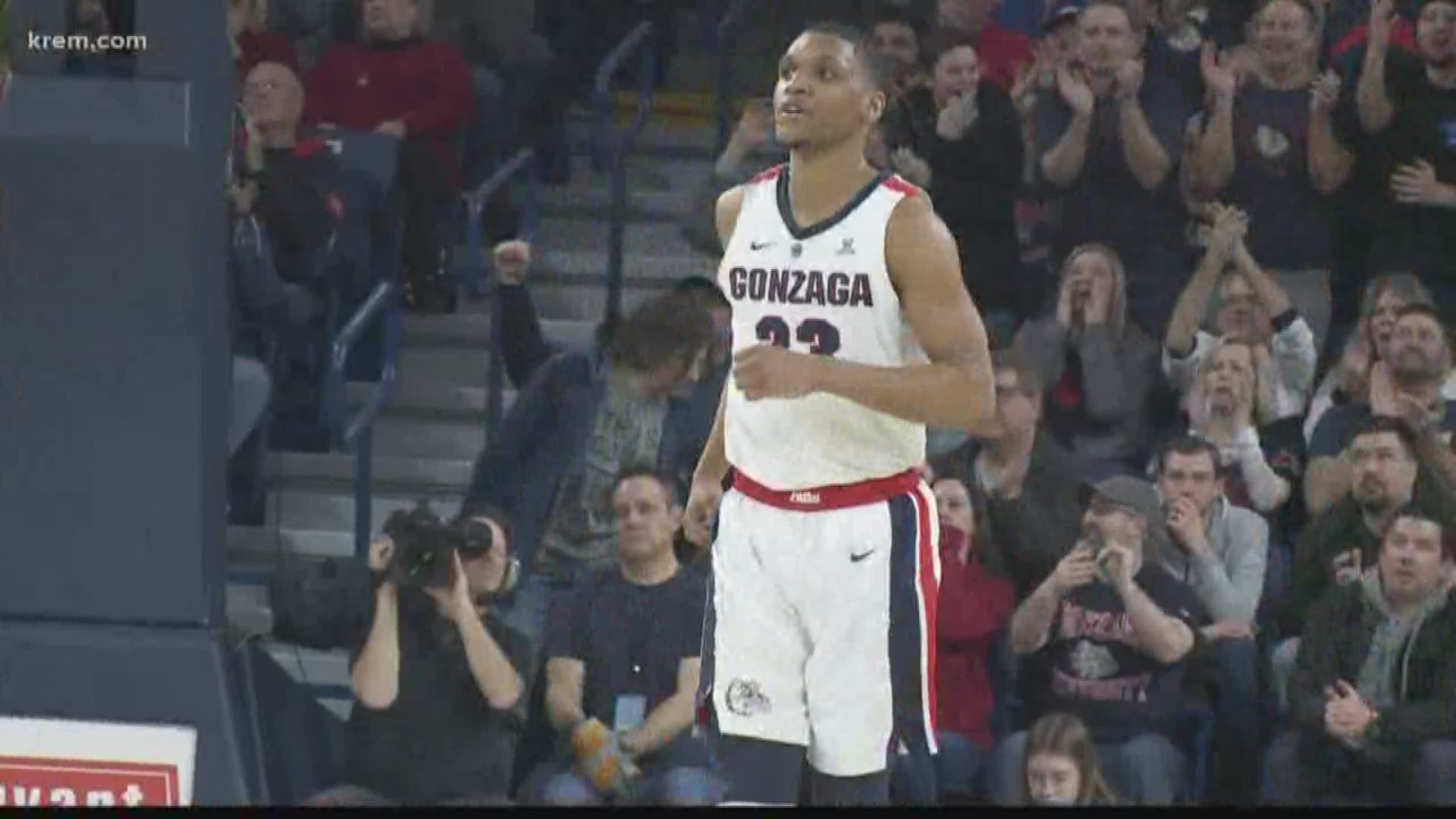 SPOKANE VALLEY, Wash. — Zach Norvell announced on Thursday at an Atlanta Hawks workout that he intends to stay in the NBA Draft and not return to Gonzaga.

This has a ton of implications for Gonzaga's roster but first we're going to take a look at where Norvell could be headed next.

Let's get this out of the way first: Norvell is definitely rolling the dice on himself here.

This could change because these drafts were published when many people thought that Norvell was going back to school and he also has an opportunity to up his draft stock at the combine.

Norvell was ranked on Sport's Illustrated's draft board going to the Sixers with the 44th pick. That was published on April 9. He also appears on The Athletic's Sam Vecenie's Top 100 players at No. 37. That was published after Norvell made his announcement on Thursday.

Obviously Norvell is all over the board, but I'm comfortable in saying that it would be a surprise if he goes in the first round.

The Zags have now lost four of their five starters from last season.

Norvell averaged 15 points per game last season and was the Zags sharp shooter from three. He shot 37 percent on the season overall. However, in his final five games with the Zags, he only shot 27 percent and went 10-37 from beyond the arc. He also had 13 turnovers over those five games.

Just an aside: I don't think this bodes well for Killian Tillie. I think he sees all of his teammates leaving and decides to do the same, but maybe I'm wrong.

WHAT'S NEXT FOR GONZAGA?

Say hello to the Corey Kispert era in the back court.

The good news is that I think he's ready to lead this team, and I think he's poised for a big season. But who will fill Norvell's role at shooting guard is a pretty big question.

Do you put grad transfer Admon Gilder into that role since that is what he primarily played at Texas A&M? But then who's going to play the point guard, because no one on this roster has proven they're ready for that.

Here's the thing: No one on this roster has proven their ready to step into Norvell's shoes either. There isn't a clear heir apparent on the team at the shooting guard position.

This leads us to the other way that Norvell's departure impacts the team: The scholarship situation. This is quite the conundrum for the staff now if Killian Tillie decides to come back.

Here's why: The staff has already had shooting guard David Jenkins Jr. come visit campus. Norvell leaving clears the way for him to commit because all of Gonzaga's scholarships were taken if Norvell and Tillie came back to the squad.

However, Jenkins has to sit out a year, and Gonzaga obviously needs help at shooting guard right now.

You know who could solve Gonzaga's woes at shooting guard? Class of 2020 commit Dominick Harris, who's been campaigning pretty hard on Twitter to reclassify and come to Gonzaga a year early.

If you give that scholarship to the player who has to sit out a year, do you upset your highly coveted recruit who has been nothing but loyal to the school during this whole process?

This whole situation is resolved if Tillie decides to leave and that opens up two scholarships, but Norvell's decision now sets up some of the most interesting weeks in a Gonzaga basketball off season ever.