Timeline: What led to COVID-19 shutting down Gonzaga's basketball team

The team is currently shut down until December 14th due to multiple cases within the program. 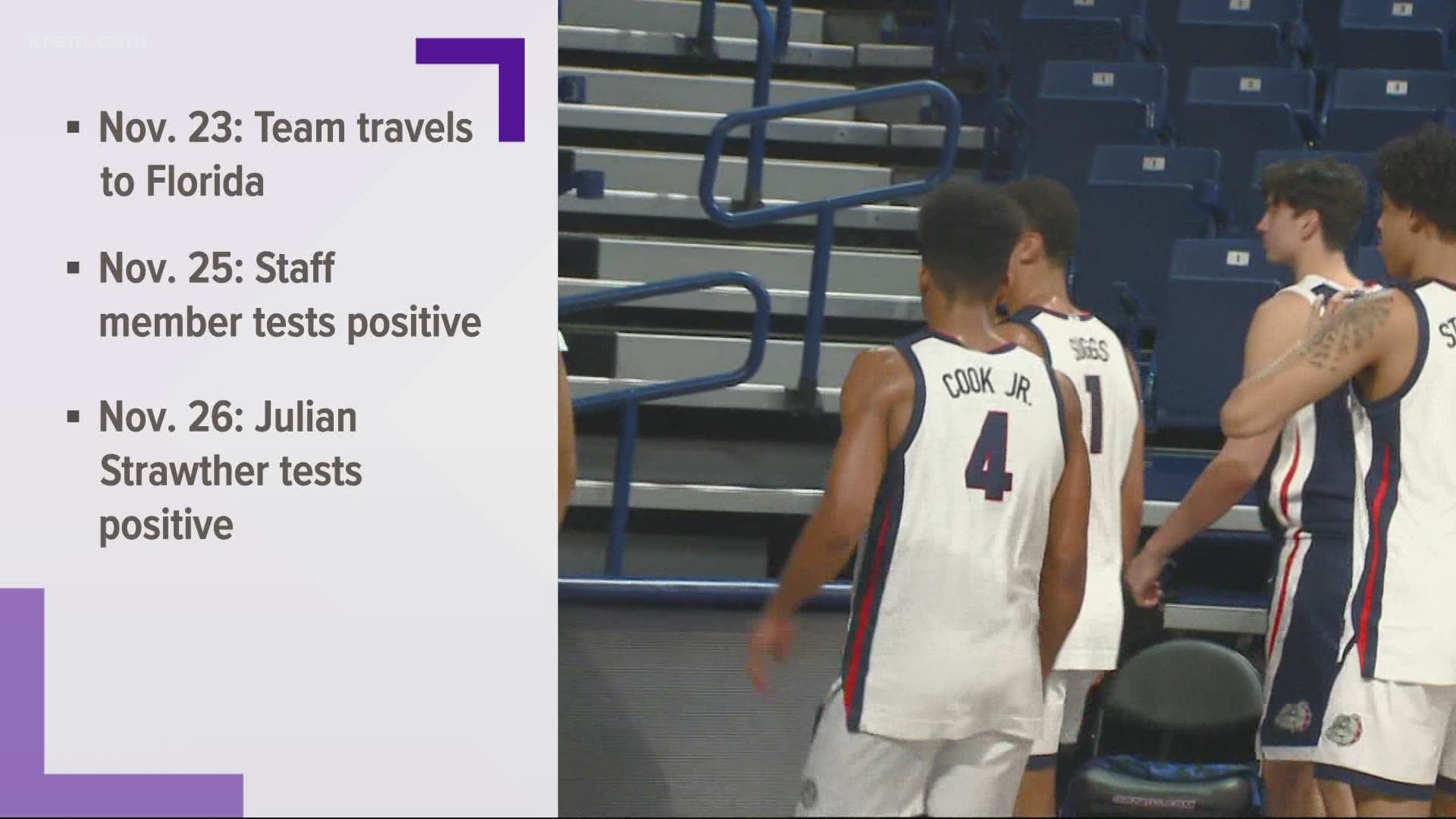 SPOKANE, Wash. — Gonzaga men's basketball announced on Sunday they it was pausing all team activities through Dec. 14 for safety of the players due to coronavirus.

The Zags had two positive coronavirus tests on Saturday before the team's highly anticipated matchup against Baylor. That game was canceled.

Here's a timeline of what led up to the shutdown of Gonzaga's basketball team.

After Mark Few’s 600th win on Thursday, the team huddled around him and threw ice on him. Some time before 8:45 PM last night the tweet and the corresponding video were deleted off of Gonzaga’s twitter account. pic.twitter.com/rFRwBZpNp3