'There’s no time to waste time': Gonzaga moving on from Jalen Suggs' shot ahead of national championship

"We go from the euphoric high of that to waking up this morning to the daunting task of trying to prepare for an excellent, excellent Baylor team," said Mark Few.

INDIANAPOLIS — At the start of every press conference, a coach is asked to make an opening statement.

On Sunday, Mark Few looked to the side, let off a sigh, and indulged himself in reliving a night that will go down in the history books.

That reliving was brief though.

"What an absolute thrill to be able to survive the epic battle last night. We go from the euphoric high of that to waking up this morning to the daunting task of trying to prepare for an excellent, excellent Baylor team," said Few.

There's no manual on how to manage this sort of turnaround, but Few doesn't have any other options other than to move on if he wants to get the trophy his team came to Indianapolis for.

"Hey, that’s the task," said Few. "You've just got to compartmentalize stuff. Obviously we all enjoyed the heck out of it last night and probably none of us were able to sleep very soundly until early morning. Now we’ve already had a couple film sessions and are getting ready to practice and start gearing up."

Joel Ayayi may have been even more serious than Mark Few about moving on as fast as possible.

"I think we got settled pretty quickly. We all knew that it was a quick turnaround and that, at the end of the day, the most important game in our careers was coming in two days. There’s no time really to waste some time to be honest," said Ayayi.

And now, college basketball fans everywhere get the game they’ve been yearning for all season: Baylor and Gonzaga.

A game that was originally supposed to happen in December, but COVID-19 cases the morning of forced the game to be called off.

"God always has a plan and, as is usually the case, his plan is better than ours. I think the way it turned out is probably the best scenario you could possibly imagine for college basketball in general and even heck, sports in America," said Few.

So buckle up America, or even the world.

"I think that two most deserving teams in the past two years are going to meet in the national championship game. To beat them, we’re just going to have to be us," said Ayayi. 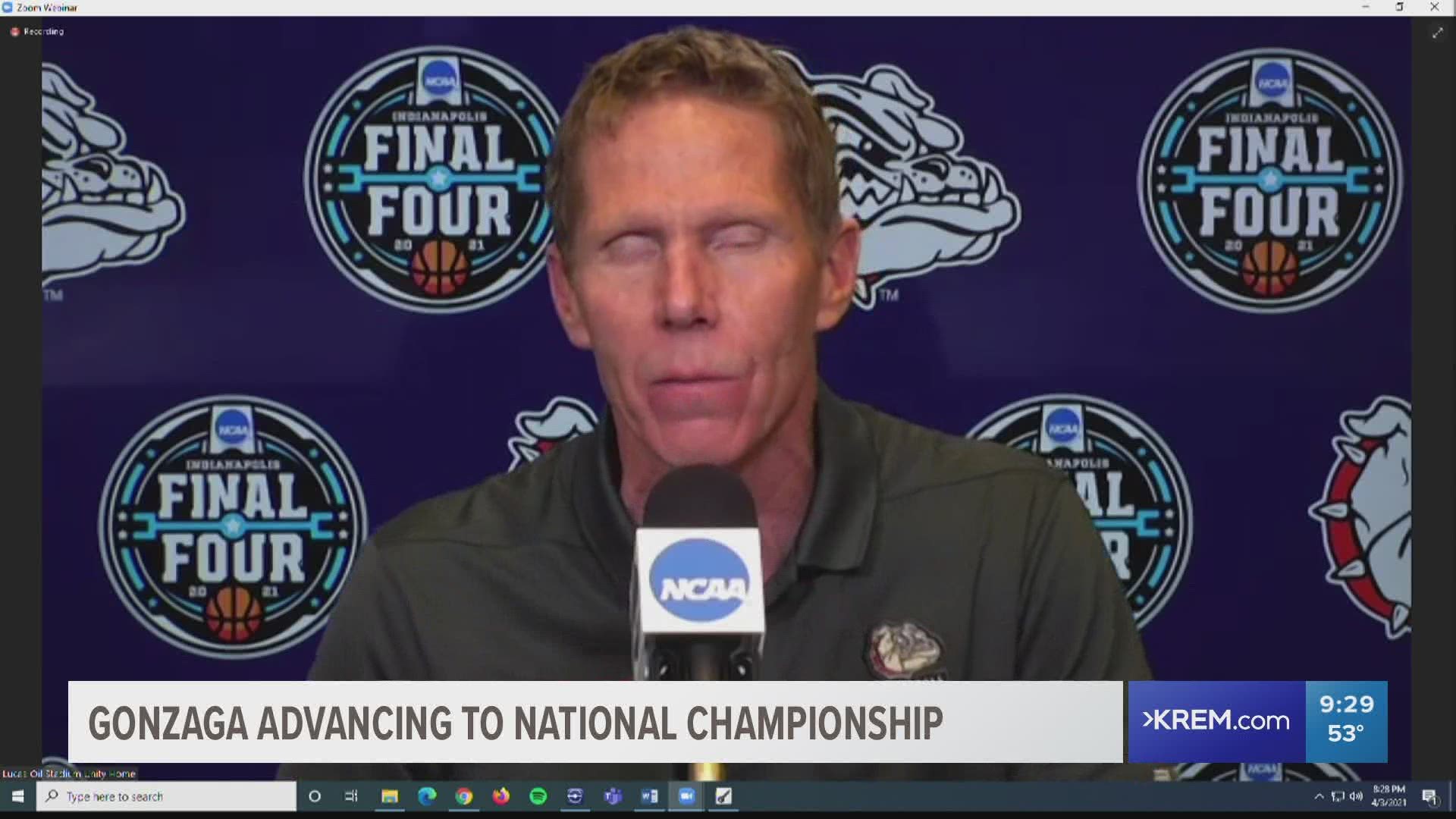