The Scheduling Saga: How Gonzaga put together one of the best non-conference schedules in the country

"It was a constant carousel of just trying to figure out which teams worked and piecing it all together," said Gonzaga staff member TJ Benson. 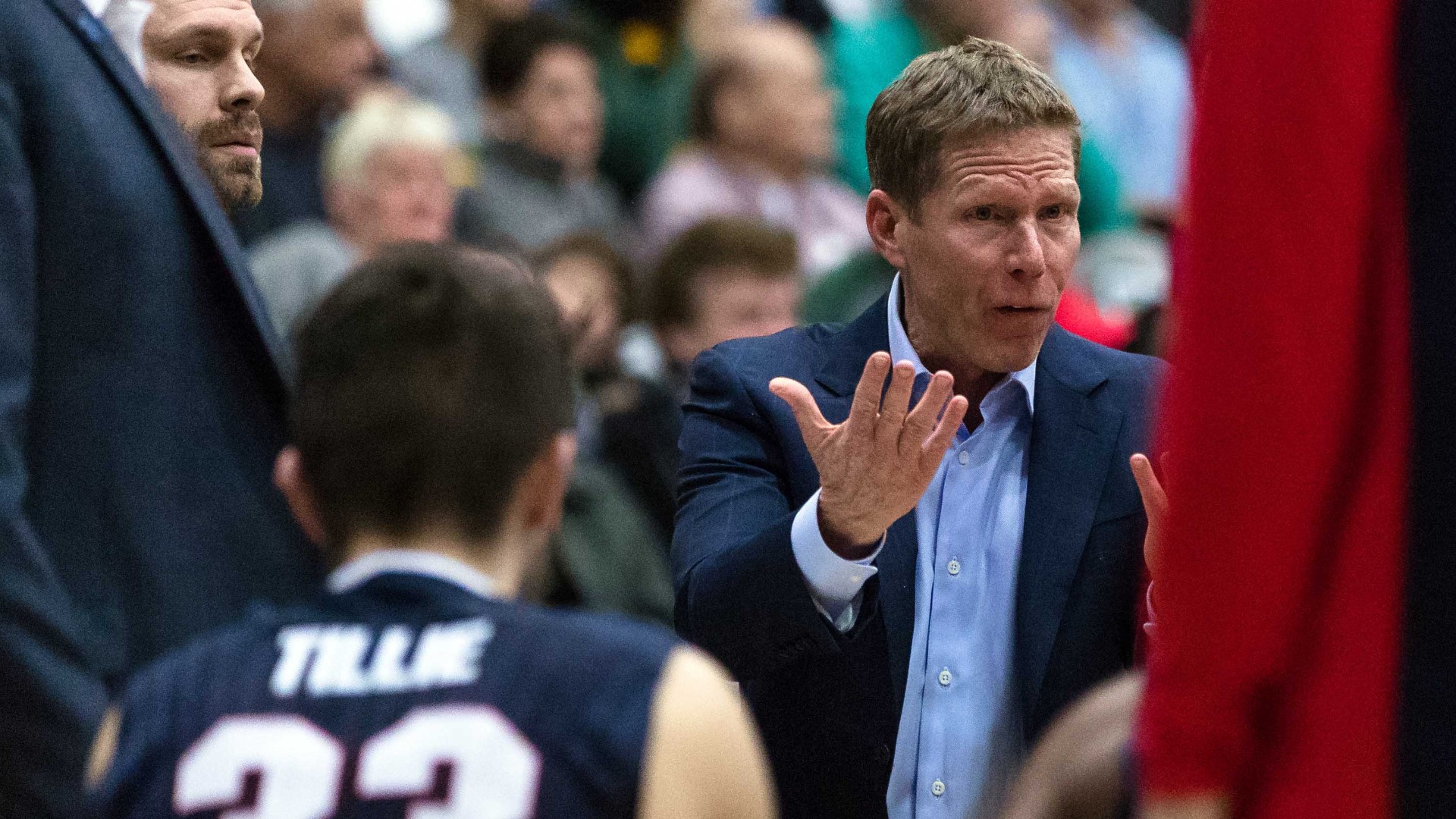 SPOKANE, Wash. — It's a simple question, but the answer implies just how complex it was this offseason to put together Gonzaga's schedule.

When asked how many teams have come and gone off the Bulldogs' schedule since April, the man in charge of Gonzaga's slate, TJ Benson, replied, "Easily 40 to 50."

Gonzaga fans should have probably sent Benson care packages throughout this off season, because he spent it putting together the puzzle pieces over and over again.

"From the moment I’d wake up in the morning, I’d usually have text messages from teams in the East Coast and the Midwest and then until 7, 8 o’clock at night I’d be trying to figure things out. It was an all day affair every day," said Benson.

Like nearly everyone else in the country, TJ thought the Zags' schedule was set in June. By August, he knew all his hard work was out the window.

"I’d sit there and go through the NET rankings. I’d go conference by conference just trying to figure out, 'Hey, I’ve already talked to this one,' crossing teams off the list. I can’t tell you the amount of times I’d say no to a team and then I’d circle right back with them a week or two later. It was a constant carousel of just trying to figure out which teams worked and piecing it all together," said Benson.

🎵 Tomorrow, tomorrow, I love ya tomorrow, you’re only a day away. 🎵 Here’s to you #Zags fans, the countdown from 24 hours until tip-off against Kansas has begun. @ZagMBB pic.twitter.com/nxnPpc9Mzi

Gonzaga fans will be happy to know TJ didn’t go it alone. Mark Few also played a pivotal role, including with the game the Zags will open their season with on Thursday.

"He was as involved as I think any head coach in the country, if not the most involved in terms of helping to get games, trying to make sure we’d have a season. He was the one who had the Kansas deal ready to roll," said Benson.

Unlike previous years, TJ knows his work is hardly done as we get into the season.

For example, on Tuesday Gonzaga lost their game against No. 12 Tennessee on Dec. 2 after a COVID outbreak with the Vols. By Wednesday, Gonzaga already had a new opponent for the Dec. 2 date in No. 15 West Virginia.

The Zags also have several non-conference home games on their slate in December, but undoubtedly some of those games won’t happen. If the Zags need to replace opponents, they’ll most likely be putting in calls to Big Sky and WAC teams around the area.

"It’s definitely a situation where we could lose a game on the 10th and we need someone to fill in two or three days later. If it matches up with one of those other programs, I’m sure they’re going to be needing games at some point. Like I said, it’s just always about being flexible," said Benson.