Former Zag fan favorite Sam Dower showed up at the Kennel as the Bulldogs play their biggest game of the season against North Carolina. 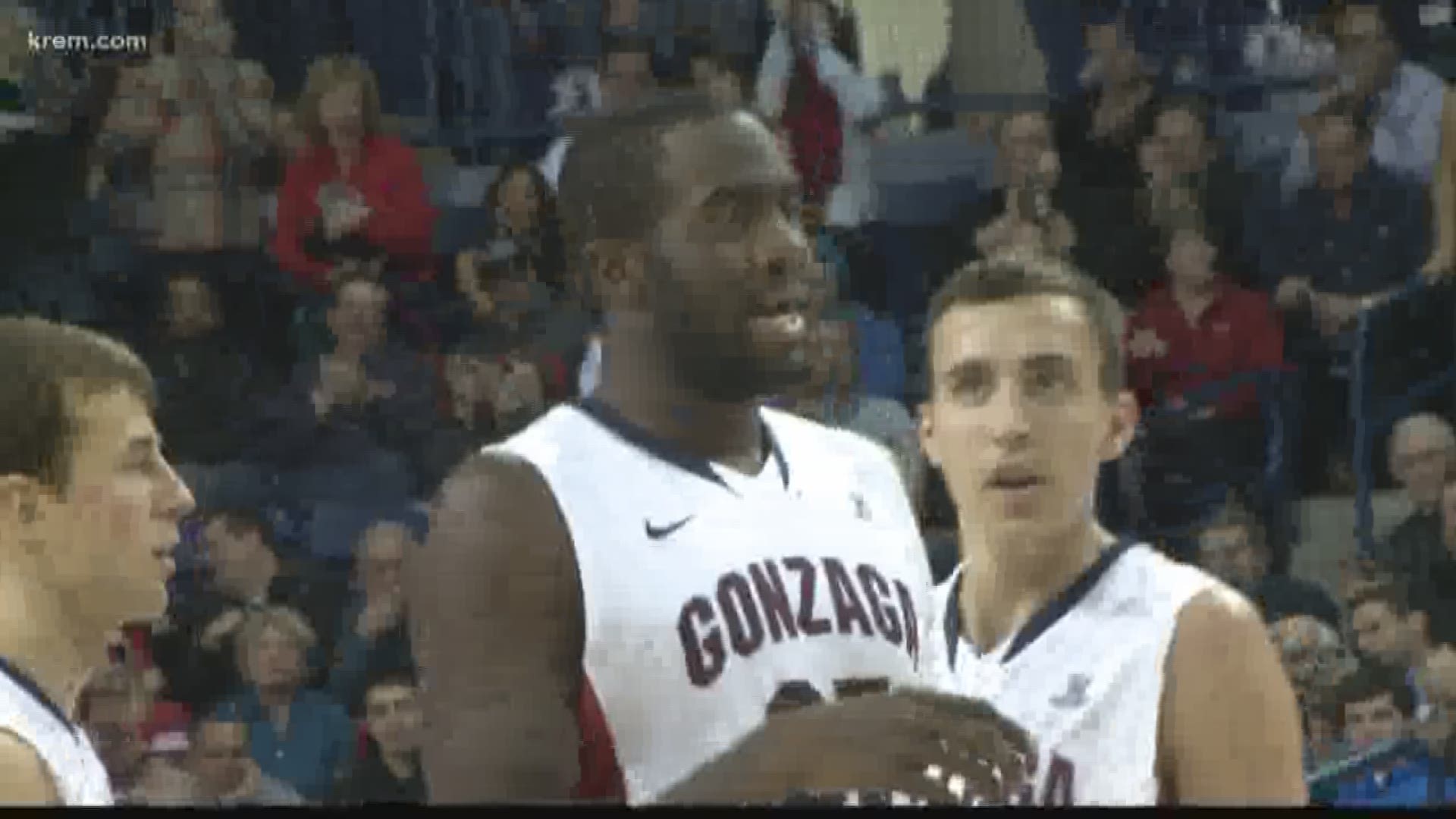 SPOKANE, Wash. — Gonzaga's game against the North Carolina Tar Heels is the biggest regular season game the Zags have this season.

The game has caused a lot of students to stay into the beginning of their break, as classes ended last week, and a number of alumni have also made the trip back to watch the Zags try to avenge their 2017 Final Four loss to the Tar Heels.

One of those alumni is Sam Dower, who played for the Zags from 2009-2014 and was a fan favorite in the Kennel. He also was named to a West Coast Conference First-Time and was a WCC Tournament MVP.

KREM's Brenna Greene caught up with Dower a couple hours ahead of the Zags showdown against the Tar Heels.

Dower said he was already coming back for business purposes, but that going to the Kennel feels like a trip home.

RELATED: Breaking down Gonzaga's match up with North Carolina

"This is home, you know, I always have to take a trip back home," Dower said.

When Dower was a redshirt freshman at Gonzaga in 2009, the Bulldogs lost to the Tar Heels. He said he still remembers that, and wants to see his former team come out on top this time around.

"Most definitely I want them to beat North Carolina," Dower said.

That loss, along with the 2017 Final Four Championship loss, is still fresh in the mind of Dower and other Bullldog faithful.

He said he and his teammates, along with the coaching staff, haven't forgotten those losses.

"Its going to be a big statement game," Dower said.

With a huge line of students forming outside the Kennel hours before tip-off and a lot of alumni making the trek back to Spokane, Dower said he expects the crowd to be "as crazy as always."

Another part of the game making the trip that much sweeter for Dower? The fact that he's met with alumni he didn't expect to see.

"I've met with a few [of the alumni] already ... its going great. I met a lot of alumni who I didn't expect, which made it a lot better," Dower said.

Just a couple hours before the Zags take to the hardwood, Dower had a simple tip for the team.

"Stick to the game plan, its as simple as that," he said.

RELATED: North Carolina's best player is out indefinitely ahead of Gonzaga game