One of the most highly anticipated games ever inside Gonzaga's gym was a party for most of the night for the home team. 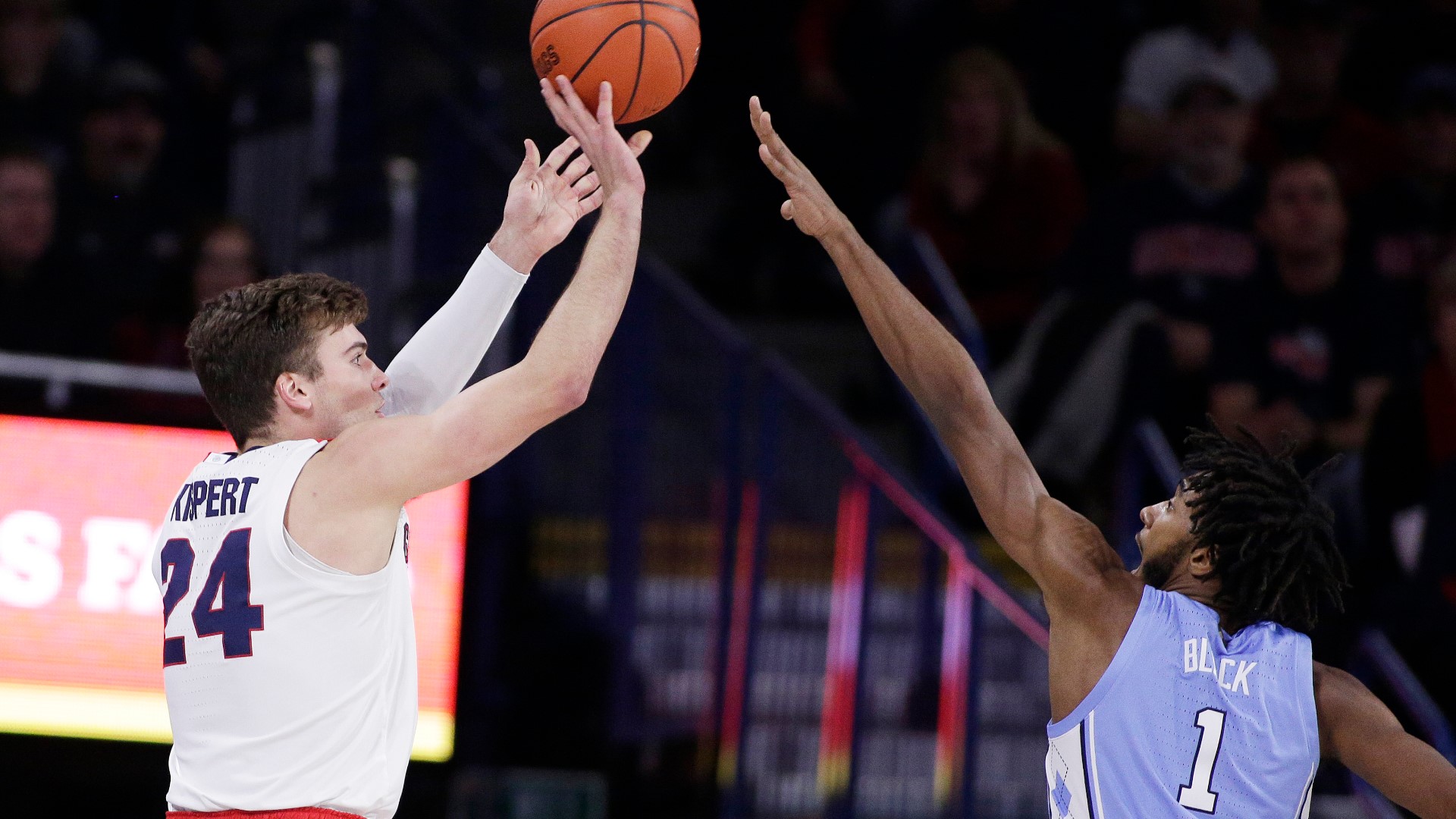 One of the most highly anticipated games ever inside Gonzaga's gym was a party for most of the night for the home team. The Bulldogs (12-1) won their fourth straight since suffering their only loss of the season against Michigan in the final of the Battle 4 Atlantis.

More importantly, the Zags finished off an unbeaten stretch of three marquee games at Washington, at Arizona and against the Tar Heels.

Garrison Brooks led North Carolina (6-5) with 16 points, but the Tar Heels have dropped four straight for the first time since the 2009-10 season. It's been a brutal stretch for the Tar Heels with the Zags the fifth opponent ranked in the top 10 in North Carolina's past six games.

Then there's the injuries. North Carolina learned Monday it would be without star point guard Cole Anthony for four-to-six weeks following surgery to repair a partially torn meniscus in his right knee. Anthony sat during Sunday's loss to Wofford as did guard Leaky Black. Black returned Wednesday and had six points in nine minutes.

North Carolina also played the second half without Brandon Robinson, who was feeling ill. He played 16 minutes of the first half and didn't score.

Having Anthony and a completely healthy roster might not have mattered.

Kispert and the Zags were ready from the start to put on a show for maybe the toughest ticket in school history. Kispert was nearly perfect in the first half, hitting 6 of 8 shots including a trio of 3-pointers. It was his fourth straight game in double-figures after being quieted by Michigan.

Kispert made 10 of 12 shots overall, at one point during the second half turning with his hands out and a slight shrug after knocking down his fifth 3-pointer.

While Anthony didn't play in the loss to Wofford, the Tar Heels now know they need to make up for his scoring for at least a month. Anthony is averaging 19.1 points to rank second nationally among freshmen and has been the Tar Heels’ best player at creating his own shot. He led the team in scoring in six of his nine games this season, starting when he had 34 points against Notre Dame for the most points ever by an Atlantic Coast Conference freshman in his first game.

North Carolina: In an effort to make up for the loss of Anthony, Williams went deep into his bench. North Carolina played 11 players in the first half alone trying to overcome foul trouble and find a grouping that could add some punch on the offensive end.

Gonzaga: The Zags are 6-4 in their past 10 games against ACC teams. Their last three wins over ACC foes are Duke, Florida State and now North Carolina.

RELATED: Breaking down Gonzaga's match up with North Carolina