Kispert scored 20 while Joel Ayayi put up 16 of his own. 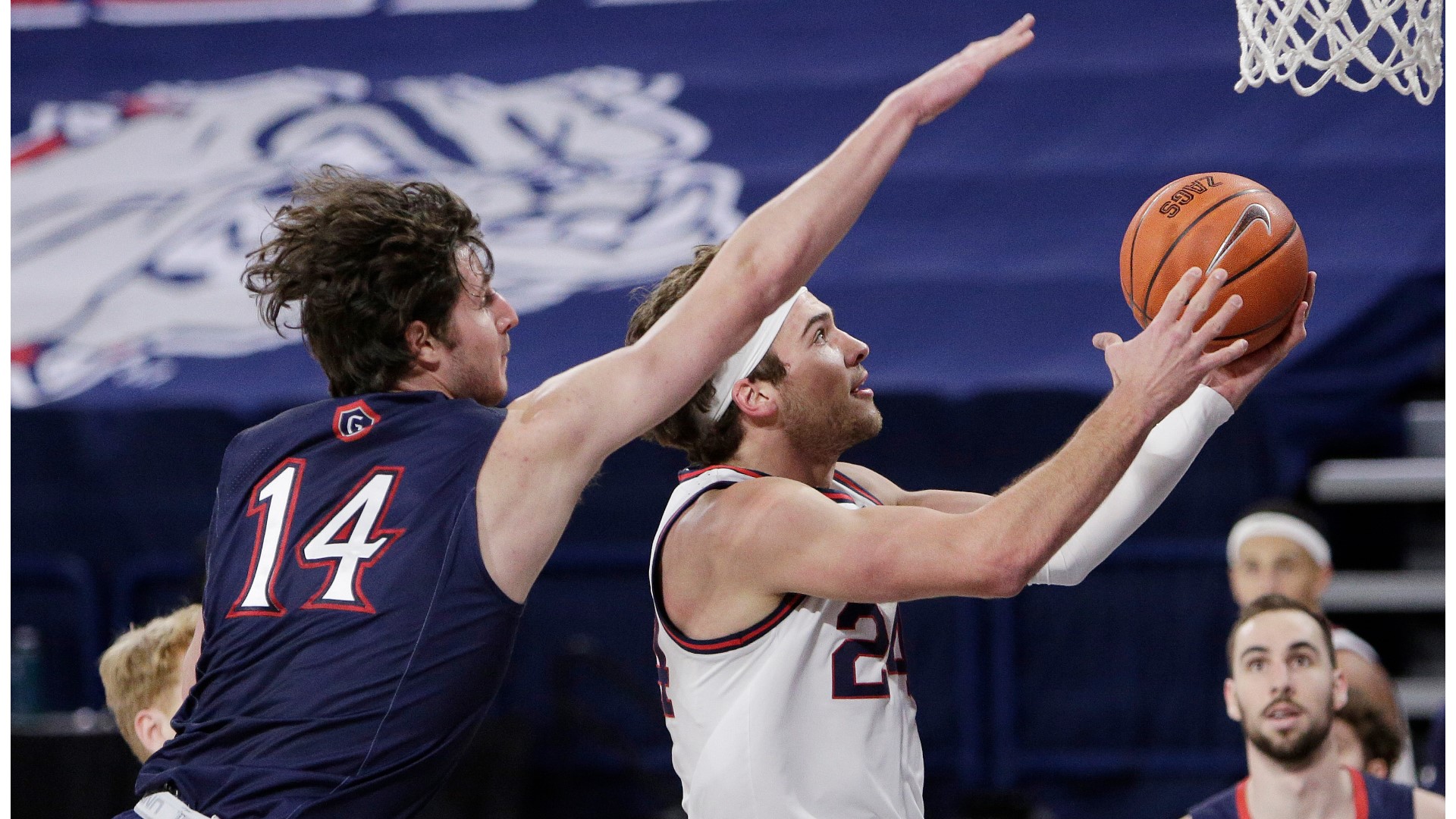 The Bulldogs are 21-0 overall and 12-0 in the West Coast Conference. Drew Timme scored 12 points to help Gonzaga extend its home winning streak to 48 games.

Fans were allowed at a Gonzaga home game for the first time this season and a few dozen family members of players were in the stands. Judah Brown scored 16 points for Saint Mary’s.