Tommy Lloyd has been around Gonzaga's program for over 20 years. Now, he gets his turn to lead his own ship. 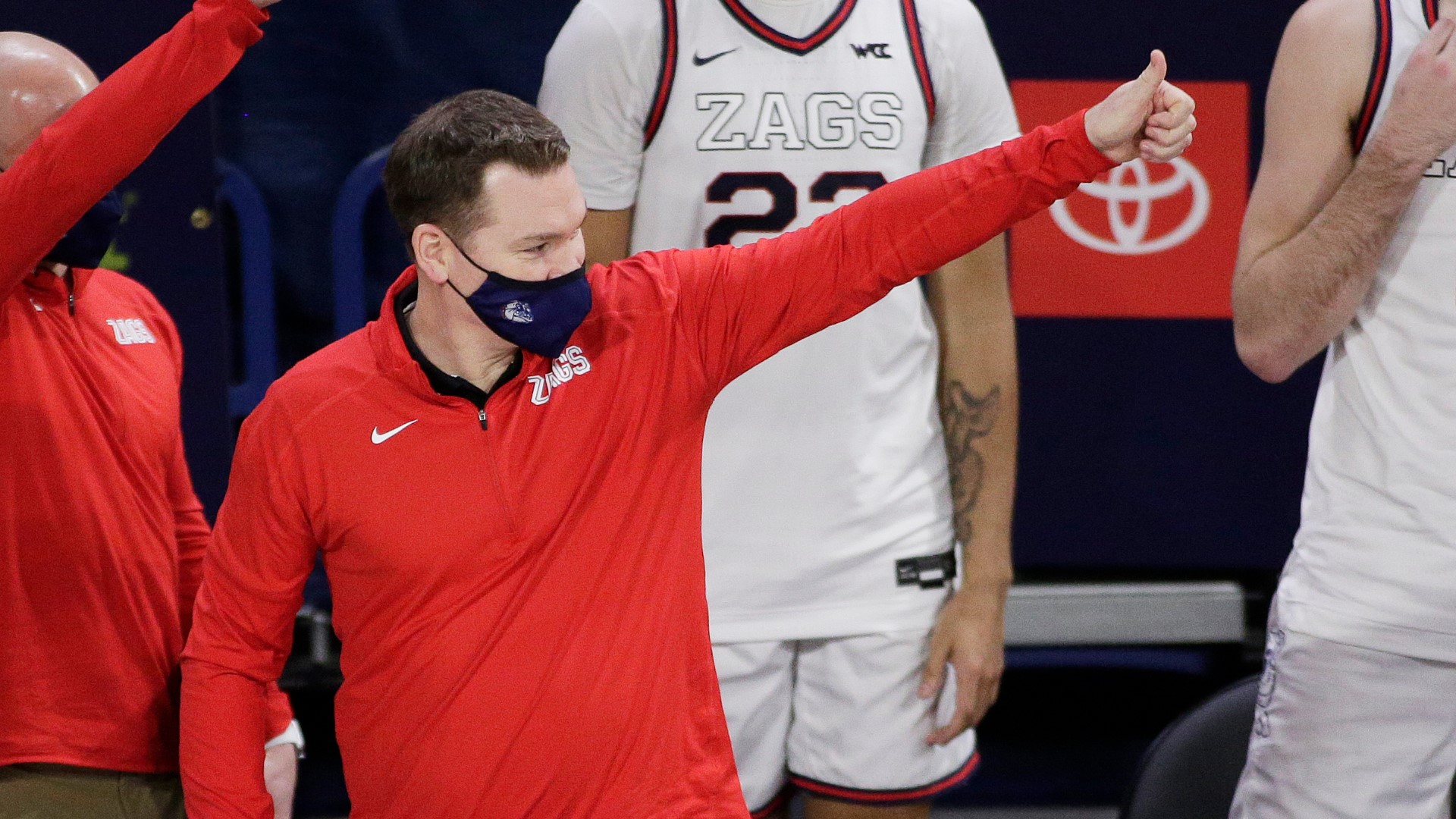 SPOKANE, Wash. — Mark Few said in a press release on Wednesday that he has no doubts that Tommy Lloyd will lead Arizona to great success. It's obvious when you talk to former Zags that they agree with their former head coach.

Dan would know, as he’s been around Lloyd nearly his whole life.

"Tommy had a huge impact on me. It’s funny because I remember growing up in Southwest Washington, I watched Tommy Lloyd play in high school. Then obviously my time at Gonzaga, my redshirt year, he was a student assistant, and he was always around. He was instrumental helping me work on the fine-tuned details of my game. Then he gets elevated to an assistant coach and as my career was getting going and his career was getting going we were kind of on the same path," Dickau said.

But it’s not just Gonzaga players Tommy’s had an impact on in Spokane.

He was well respected at the youth level as well, whether he was helping connect Spokane recruits to college opportunities both inside and outside of Gonzaga or coaching his, and thus other people’s, kids.

"He would literally be drawing up plays or concepts for seventh grade girls, or whatever the case was, because he liked it. That’s how his mind worked. Like most things in Spokane, it’s all very accessible, and Tommy was very accessible," said former guard and Hoopfest Director Matt Santangelo.

For how easygoing Tommy is, his hire was anything but.

Several former Arizona players over the past week were vocal about how they wanted an Arizona alumnus to coach the Wildcats.

On Richard Jefferson’s IG live, Gilbert Arenas says he wants Damon Stoudamire to become the next head coach at Arizona.

“An assistant coach doesn’t have credentials. ... I don’t even wanna say his name because he doesn’t deserve it.” pic.twitter.com/tVuZshruLW

Dan and Matt have a clear message to the doubters.

But enough with the drama. This is Tommy’s day.

Here’s what both Matt and Dan want to say to him.

"I sent Tommy a text last weekend saying how much I admire him, how proud I am of him, how excited I am for him and his family. I hope that our paths get to cross again in some form or fashion because I really, really enjoy Tommy Lloyd. He’s one of those people that you meet that you want to be successful because you believe in them," Santangelo said.