Katie Campbell and LeeAnne Wirth were the Bulldogs leading scorers with 16 each. 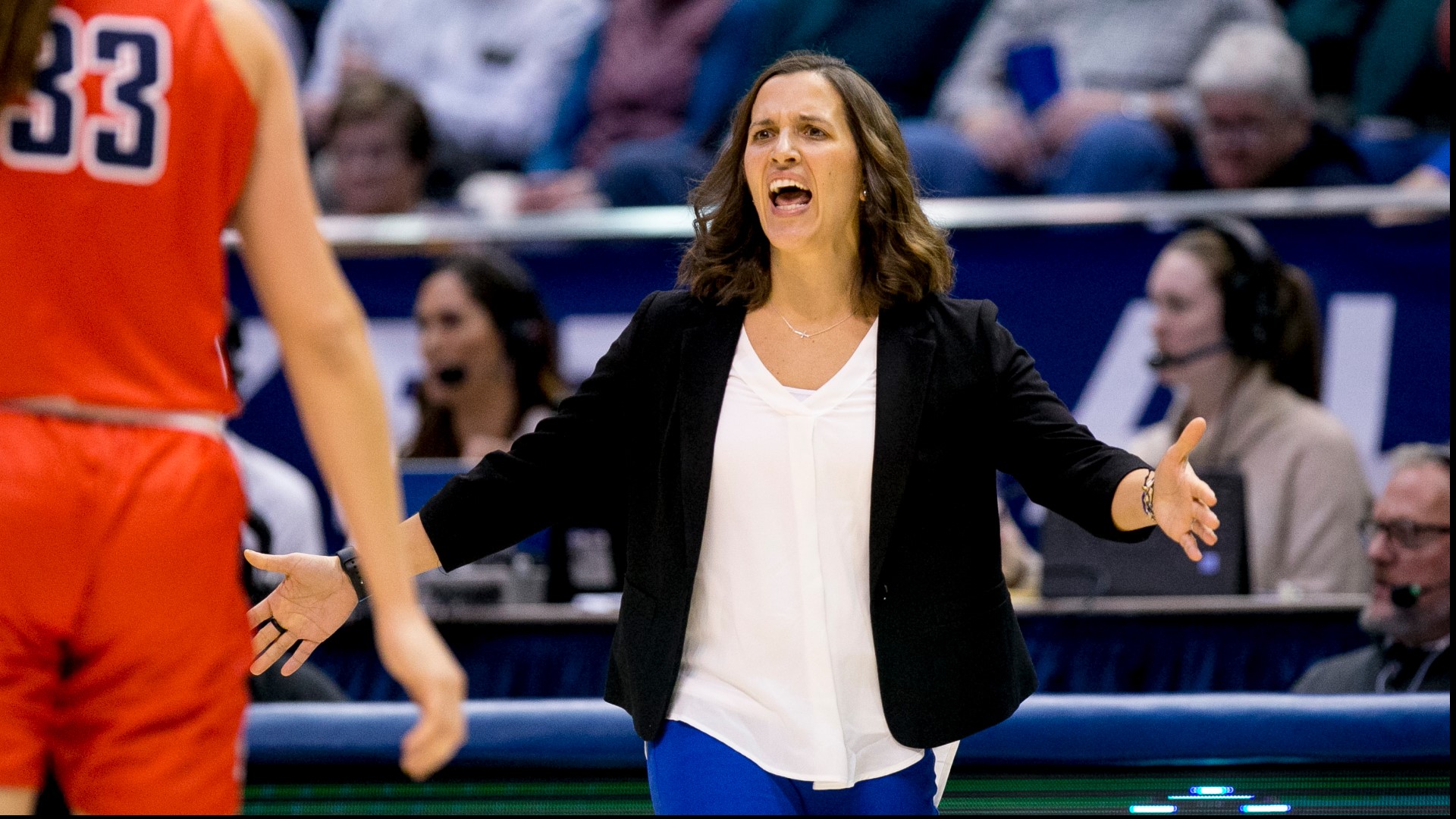 SPOKANE, Wash. — Katie Campbell and LeeAnne Wirth led a balanced attack with 14 points apiece and No. 16 Gonzaga whipped Saint Mary's 74-49  in a battle between the last unbeaten teams in West Coast Conference play.

Jill Townsend's 3-pointer capped an 11-0 run that gave the Bulldogs a 19-8 lead and then they held the Gaels to two free throws in the second quarter to coast to their 13th straight win. Gonzaga outscored Saint Mary's 31-4 to end the first half.

The second quarter opened with Saint Mary's making a pair of free throws and Gonzaga scoring the next 18 points as the Gaels went 0 of 15 from the field. Madeline Holland had 15 points for Saint Mary's.

Every player who played for the Zags scored in the contest. Even more impressive, Gonzaga held Saint Mary's to just 25% shooting for the game, the Gaels only making 13 field goals.

Gonzaga's next game is against Pacific at 2 PM on Sunday in the Kennel.

RELATED: 'Our only goal next year is a national championship': Catching up with Gonzaga's Tricky Trio