Tillie had previously sprained an ankle during a workout, while Zach Norvell Jr. said he is committed to the draft and will not return to Gonzaga. 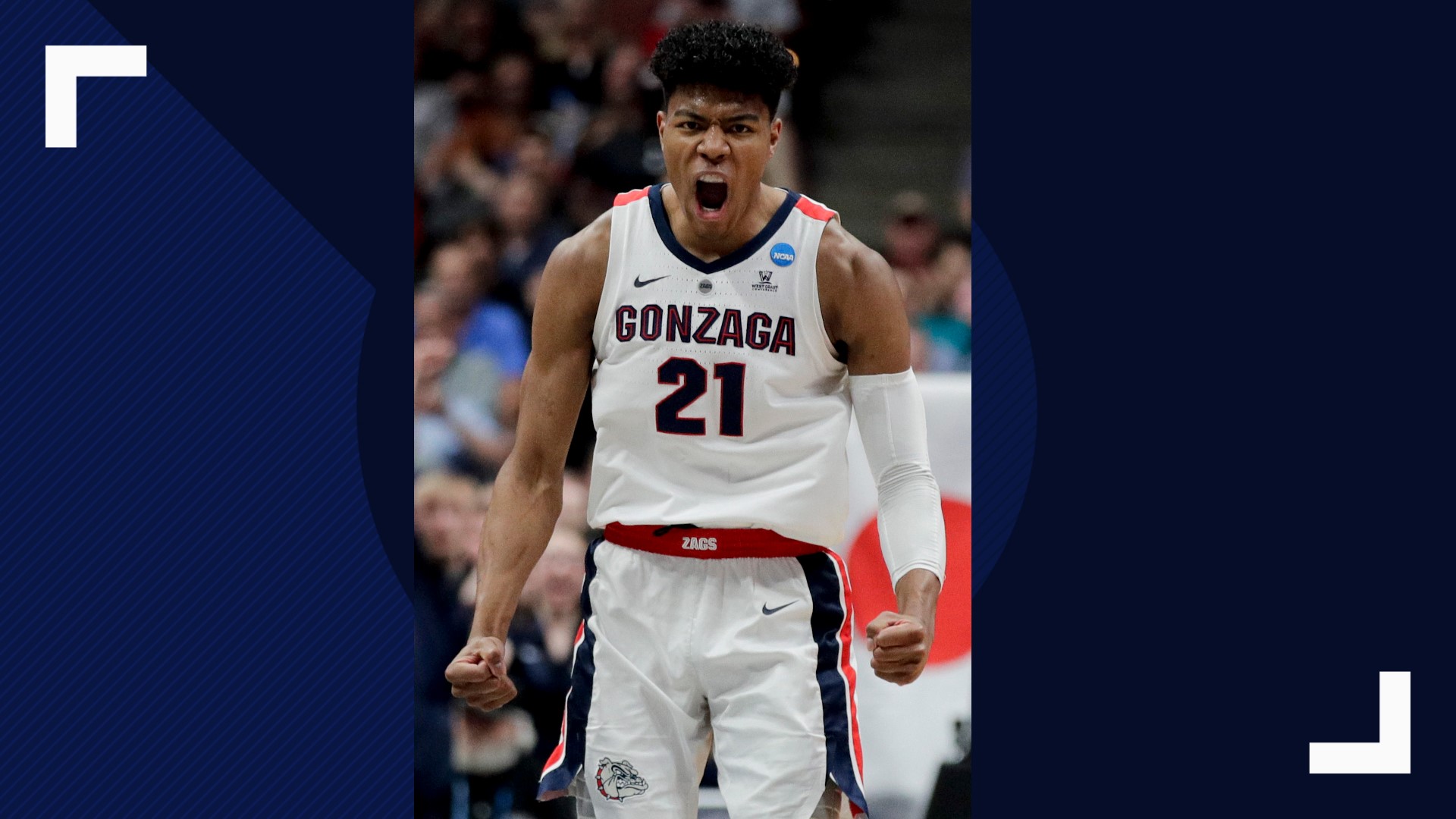 SPOKANE, Wash. — Note: The above video is a commentary by KREM Sports Anchor Karthik Venkataraman about why Brandon Clarke and Rui Hacimura deserved higher rankings on the AP All-American teams.

Gonzaga's Killian Tillie has withdrawn from the NBA Draft Combine, according to the NBA league office.

Jonathan Givony, an ESPN reporter and analyst, tweeted the news on Monday, saying Tillie and two others withdrew from the combine and would not be available for interviews Monday night.

This means Tillie joins Rui Hachimura as Gonzaga players not taking part in the combine.

According to Peach Tree Hoops, the SB Nation outlet covering the Atlanta Hawks, Tillie sprained an ankle in a draft workout for the Hawks.

Zach Norvell Jr. announced that he is committed to staying in the NBA Draft and will not return to the university's basketball team, according to Christ Kirschner with The Athletic.

Three other Gonzaga players — Brandon Clarke, Zach Norvell Jr. and Killian Tillie — were listed as players attending the combine, although Tillie has since withdrawn.

According to The Athletic reporter Sam Vecenie, Hachimura was invited to the combine but chose not to attend.

If Hachimura was invited and chose not to attend, that would mean that at least four Gonzaga players received invitations to the NBA Draft Combine.

Hachimura averaged just under 20 points per game this season with the Bulldogs, while also grabbing 6.5 rebounds per game and dishing out 1.5 assists per game.

The NBA Draft is on June 20 at the Barclays Center in Brooklyn, New York.

RELATED: 'I will always be a Zag': Gonzaga's Brandon Clarke to declare for NBA draft