"We’re going to take it and savor it for what it is," Mark Few said after the Zags' win over USC in the Elite Eight. 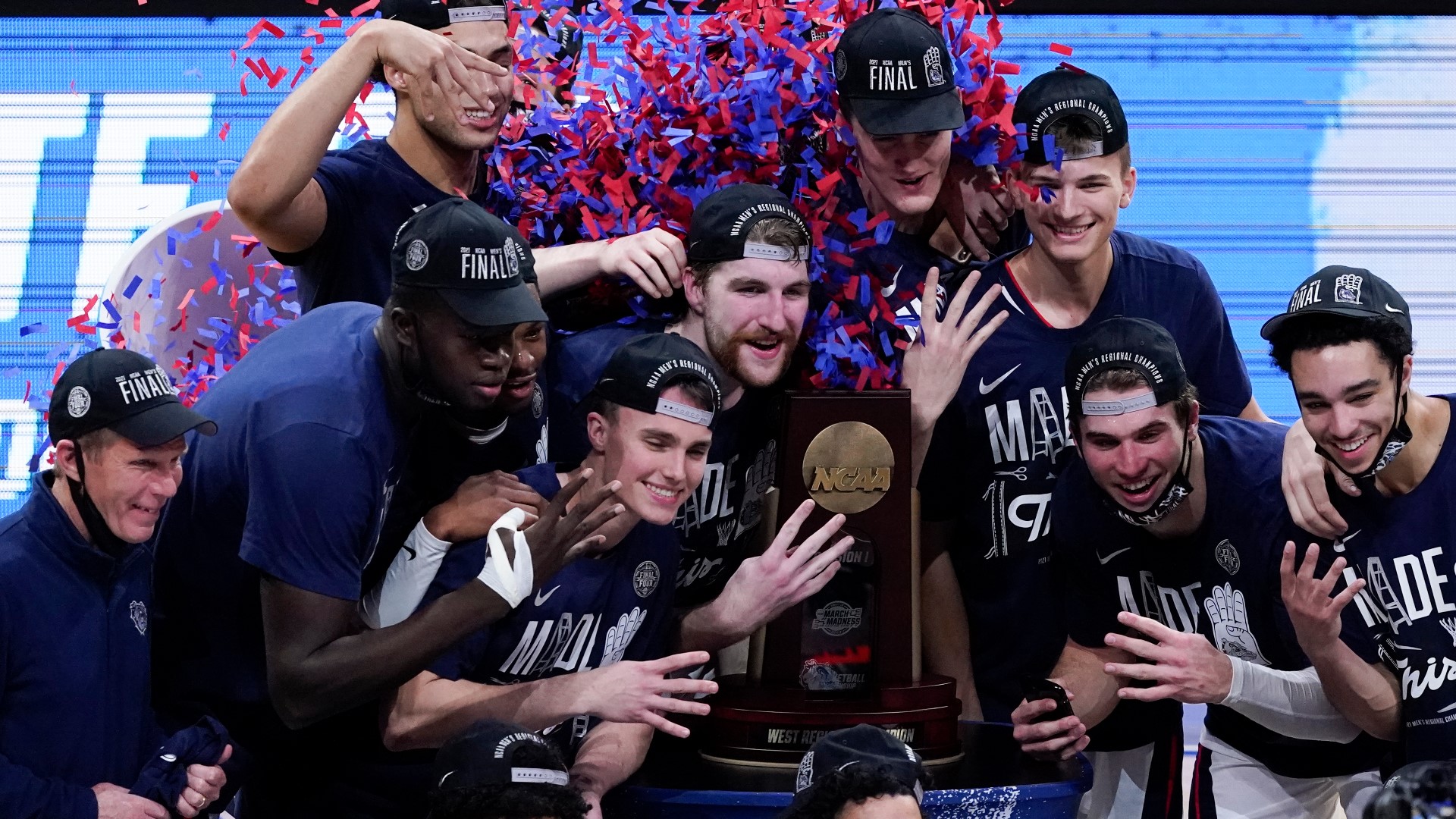 INDIANAPOLIS — There’s the old adage for coaches: We’re taking it one game at a time. Mark Few would like to modify that phrase, though, this NCAA Tournament.

His version? We’re taking it one celebration at a time.

"Nah, hey look man," Few said to a reporter. "Everybody wants to keep moving this thing forward, but that’s just not how we roll. This is a heck of an accomplishment. We’re going to take it and savor it for what it is. That doesn’t lessen our desire to win the next game or win two more games but we’re smart enough and we’re wise enough to know that these are really, really special times."

Those special times include a special player. Drew Timme once again had a dominant performance. He showed he was no match for USC’s Evan Mobley, who many have as a top 5 NBA draft pick.

Timme had 23 points against the Trojans and was named the West region’s Most Outstanding Player.

"He always figures out a way to get to his shot, and it’s not the same shot every time as you know watching him. It’s a different move, different shot, every single time," Few said.

Overall, the team’s defense shined against USC as well.

The Trojans just couldn’t get in a rhythm in the first half and by halftime the game was essentially over.

"When we lock in on that end, we can be excellent," said Jalen Suggs. "That’s a piece that we’ve really tried to improve on, and I think that has really helped us a lot in these last couple of games."

Suggs did take a second to reflect on his process of coming to Gonzaga postgame.

With a national championship within his grasp, he, like Few, knows these are special times.

"Looking back on it, this is the best decision I’ve ever made. I miss football everyday, but I couldn’t see myself anywhere else but here right now," Suggs said.