Mike Roth served for 34 years when Gonzaga has earned 73 appearances to NCAA Tournaments or Championships and 31 student-athletes have been named All-Americans. 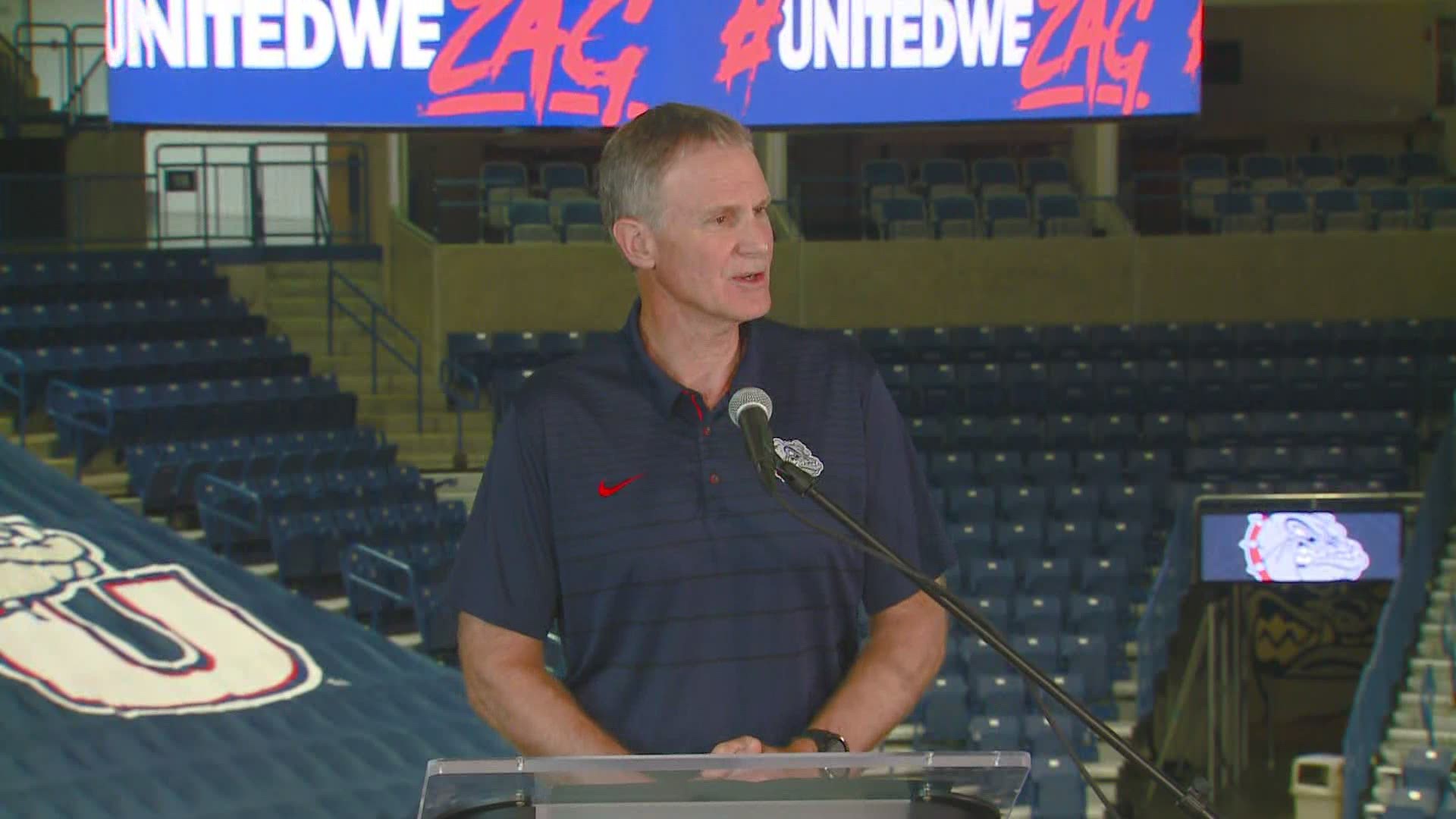 SPOKANE, Wash. — Gonzaga Director of Athletics Mike Roth announced that he will retire after he served in leadership roles with the university for 34 years.

Roth formally announced his retirement in a press conference on Tuesday at 11:30 a.m. in the McCarthey Athletic Center. His retirement is effective Aug. 31.

"Because of the success of the past year," Roth said. "It has been all worth it"

Roth served as an assistant men’s basketball coach from 1982-83 before he left to pursue other coaching opportunities. He returned in 1987 as the assistant director of athletics, a position he held until July 1997. Roth became the Director of Athletics in September 1998. In the press conference he said he was convinced by the president of Gonzaga Thayne McCulloh to stay an extra year.

In a press release from the university, they said since his first day in the office, Roth emphasized his philosophy that Gonzaga Athletics strives to win in three areas: in the classroom, in the community, and in competition. He wanted GU to develop student-athletes to be successful not just while in school, but when they left campus as well.

In the release, Roth shared a statement about his experience at Gonzaga.

“I have been blessed to be able to serve Gonzaga as the AD for all these years,” Roth said. “I am beyond grateful to everyone that has been a part of my experience here at Gonzaga, there’s far too many to thank and name at this time. I do want to single out Dr. Thayne McCulloh, and thank him for all his support and making this all possible.”

The 2020-21 season marked Roth’s 24th year serving as Gonzaga’s Director of Athletics. Roth twice received Under Armour Athletic Director of the Year honors, first in 2008-09 and again in 2018-19.

With Roth as Director of Athletics, Gonzaga has earned 73 appearances to NCAA Tournaments or Championships and 31 student-athletes have been named All-Americans.

In addition to the athletic and academic success under Roth’s leadership, Gonzaga Athletics has put a significant focus on community outreach. GU student-athletes have served thousands of hours of volunteer work at numerous local and regional agencies.

In the press release, they said Roth’s connection to the Gonzaga community will continue as he has graciously agreed to stay on for several years to continually support and grow Gonzaga’s athletic programs.