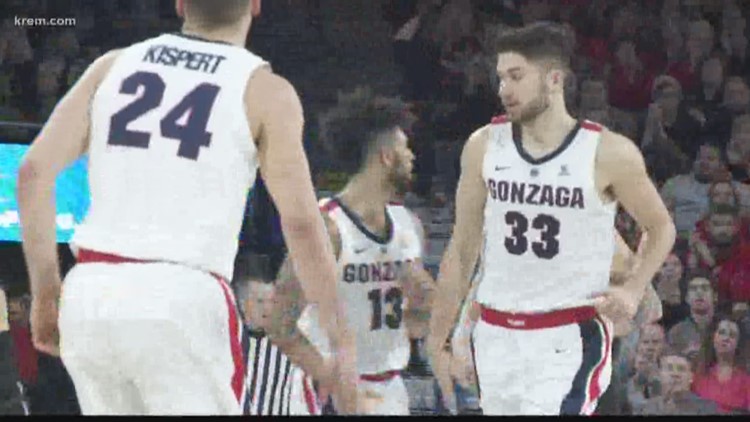 The Bulldogs will face Lewis-Clark State College on Nov. 1 in the Kennel in an exhibition before their first regular season game on Nov. 5 against Alabama State at home.

The Bulldogs have two more home games in a row to start the season, playing Arkansas-Pine Bluff on Nov. 9 and North Dakota on Nov. 12. Their first road test comes against Texas A&M on Nov. 15.

The Bulldogs then have a two game homestand that sees them play Texas-Arlington on Nov. 19 and California State University-Bakersfield on Nov. 23 before heading to the Bahamas for the Battle 4 Atlantis tournament.

Their opening game in the Battle 4 Atlantis is against Southern Mississippi on Nov. 27 at 4 p.m. on ESPNU.

After the tournament, they have four home games and two road games before starting conference play. Some key match ups for Gonzaga include games against Pac-12 opponents University of Washington on Dec. 8 and University of Arizona on Dec. 14. Both Pac-12 games are on the road.

Possibly the biggest non-conference of the season comes at home on Dec. 18 against perennial powerhouse University of North Carolina Tar Heels.

The final non-conference game for Gonzaga is on Dec. 30 against Detroit Mercy at home.

The final regular season game for the Bulldogs is against rival Saint Mary's on Feb. 29 in Spokane.

RELATED: Nigel Williams-Goss prepares for life in the NBA

The following video is a report about who's playing for Gonzaga next season.