The Bulldogs sit behind the Kansas Jayhawks to take the No. 2 spot in the new AP Top 25 Poll. The Zags next opponent, the North Carolina Tar Heels, are now unranked. 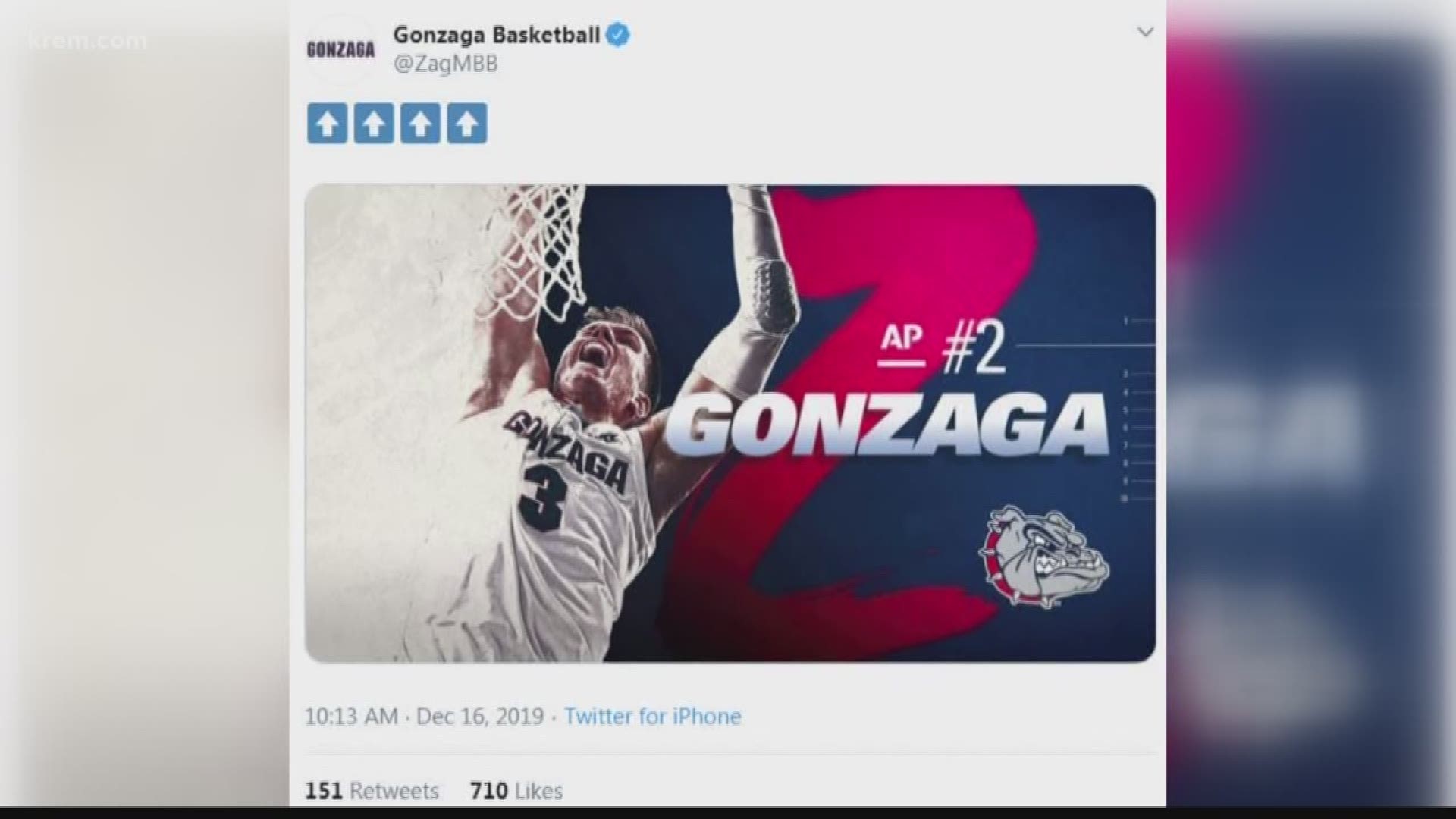 SPOKANE, Wash. — The Gonzaga Bulldogs have moved up to the No. 2 spot in the latest AP Top 25 Poll released on Monday morning.

The Bulldogs sit behind the No. 1 Kansas Jayhawks at the top of the rankings after a slew of teams in the top 10 lost over the last week.

The Zags next opponent, the North Carolina Tar Heels, fell out of the Top 25 for the first time since 2014 after a loss to unranked Wofford. The Tar Heels lost their best player Cole Anthony indefinitely due to a right knee injury, which is already proving to be a massive blow for North Carolina.

On Saturday, Gonzaga beat the then-No. 15 Arizona Wildcats on the road 84-80. The Bulldogs were ranked No. 6 last week.

The Bulldogs will face North Carolina at home in the McCarthey Athletic Center on Wednesday at 6 p.m. The game will be broadcast on ESPN 2.

RELATED: North Carolina's best player is out indefinitely ahead of Gonzaga game

RELATED: No. 6 Gonzaga Withstands Late Run To Beat No. 15 Arizona