The win is Gonzaga's 30th in a row, which is a program record. 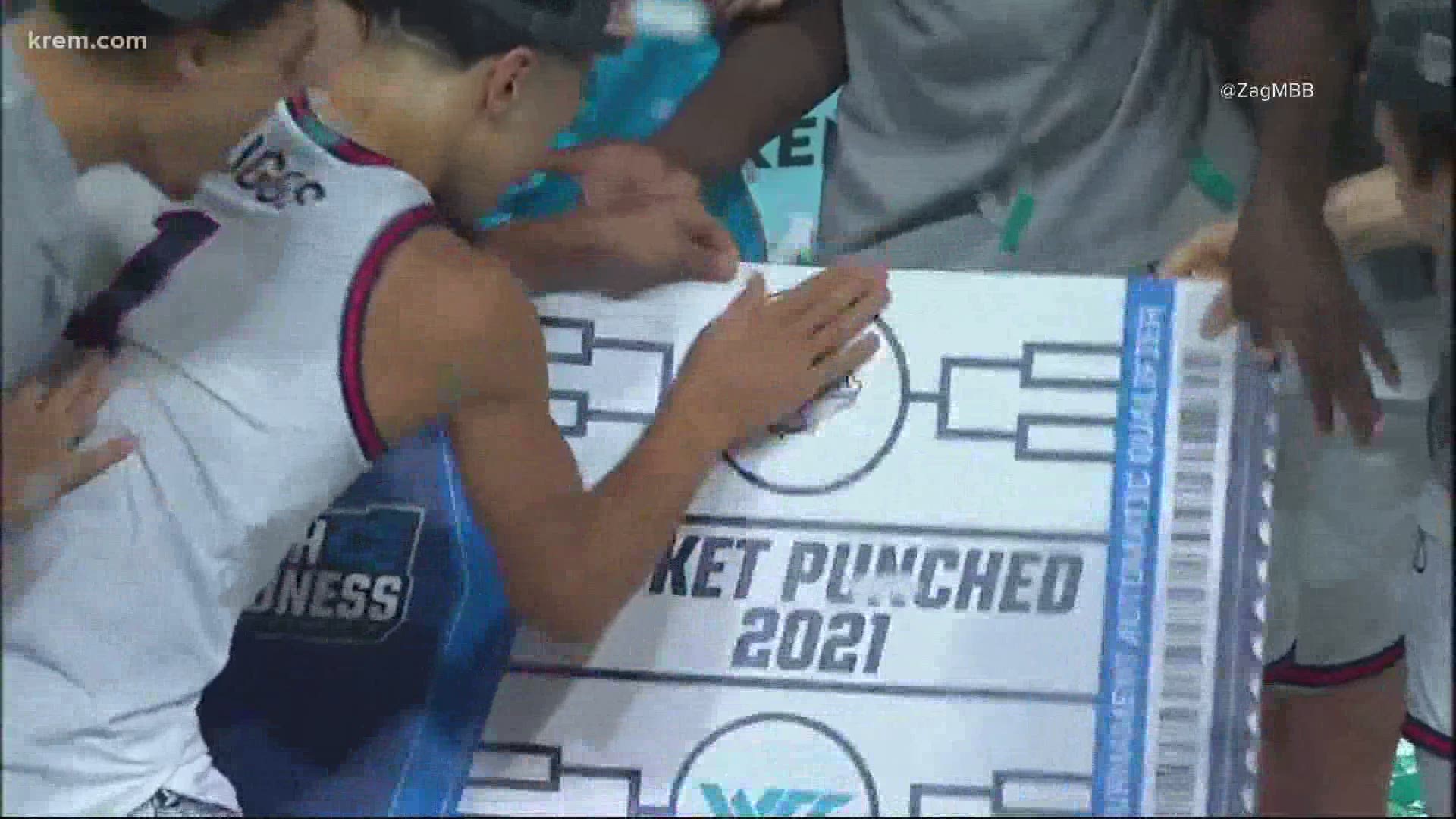 LAS VEGAS — It wasn't the prettiest of affairs, but the Zags got it done against BYU in the WCC Championship on Tuesday.

Gonzaga trailed 53-41 in the first half but made several runs in the second half to get back in the game.

Jalen Suggs put the game away with back-to-back threes with 2:20 and 1:28 in the game to go, respectively. The second three put Gonzaga up by nine with under 90 seconds left.

With about six or seven minutes left in the game, Suggs said he told Coach Mark Few that the Zags were not leaving Las Vegas without a WCC Championship.

"I kept screaming, 'It's March! It's March!' I've been waiting to play in these moments my entire life," Suggs said during a post-game press conference on Tuesday.

"I kept screaming, 'It's March! It's March!' I've been waiting to play in these moments my entire life."

Jalen Suggs is ready to dominate the month of Gonzaga. pic.twitter.com/55KvuMJ6Y2

Gonzaga's defense also stepped up in the second half. BYU shot 75% in the first half, but finished the game shooting 46% overall.

Another key stat was fast break points, as the Zags outscored the Cougars 16-0.

The win marks Gonzaga's 30th consecutive win, which is a program record.

Gonzaga goes into the NCAA Tournament 26-0.