'I was kind of speechless': Gonzaga fans thrilled to interact with Drew Timme at meet and greet

An event like the one Drew Timme had on Wednesday was made possible to new Name, Image, and Likeness rules. 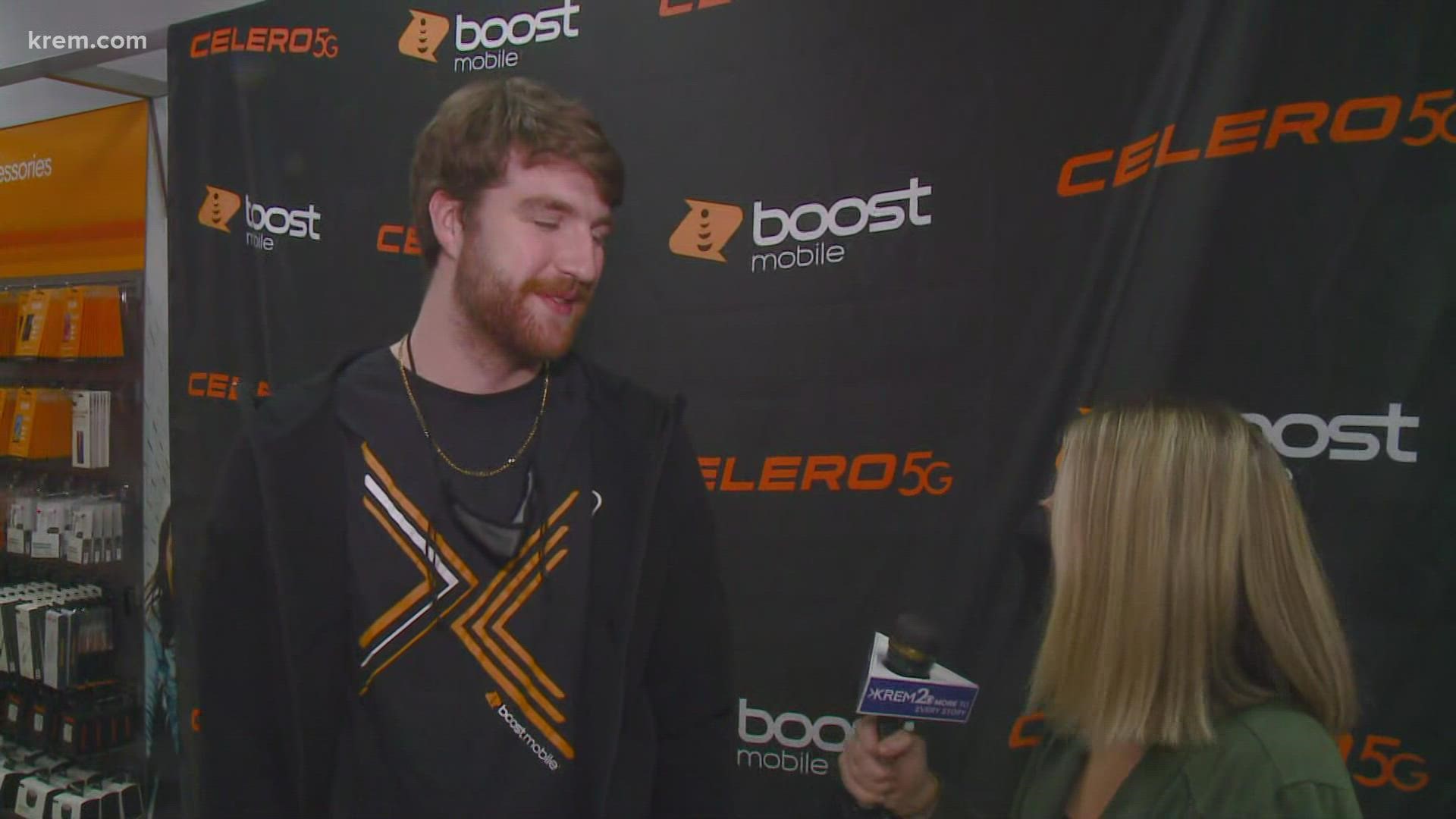 SPOKANE, Wash. — It’s a new dawn in collegiate athletics as players can now make money off of their Name, Image, and Likeness. Gonzaga's Drew Timme is one of the athletes benefitting from the new rule.

On Wednesday, he hosted a meet and greet at a Boost Mobile location in Spokane that also included giving away coupons for free turkeys.

"Well, first off, he’s Drew Timme, so why wouldn’t I want to see him?" said pint-sized Jason Barker when asked why he came to the event.

It's a valid point. But people had many reasons why they wanted to meet the man with the mustache.

"I have this now," said Melanie Ortiz of the signed picture she got. "I’m going to give to my brother for Christmas, so good Christmas presents."

"It's just cool because I’m looking at the next NBA star," Mike Mears said.

Perhaps the most speechless person was Gonzaga student and Japan native Mitsuki Watanabe, who also won a phone at the event. She was even more excited though because she got to meet Drew.

I think this moment may have restored my faith in humanity today.

Gonzaga student Mitsuki Watanabe won a free phone at Drew Timme's Boost Mobile event and she was so excited to meet Drew.

"I really like you! I like basketball because of you. I watched March Madness this year!" pic.twitter.com/ja3iI5wDwU

"When I saw March Madness, he was bright," Mitsuki said. "He addicted me to watching basketball games."

Drew Timme, however, is a man of many words. He was pretty grateful for the experience at the end of the night.

"It was super cool. Saw a lot of people smile and be happy, especially that girl with the phone. It was great to give back a little bit too and help people who might not have the money to get a turkey, so it was awesome," Timme said.