The Zags head to Portland to face the Pilots in their first WCC game of the year. 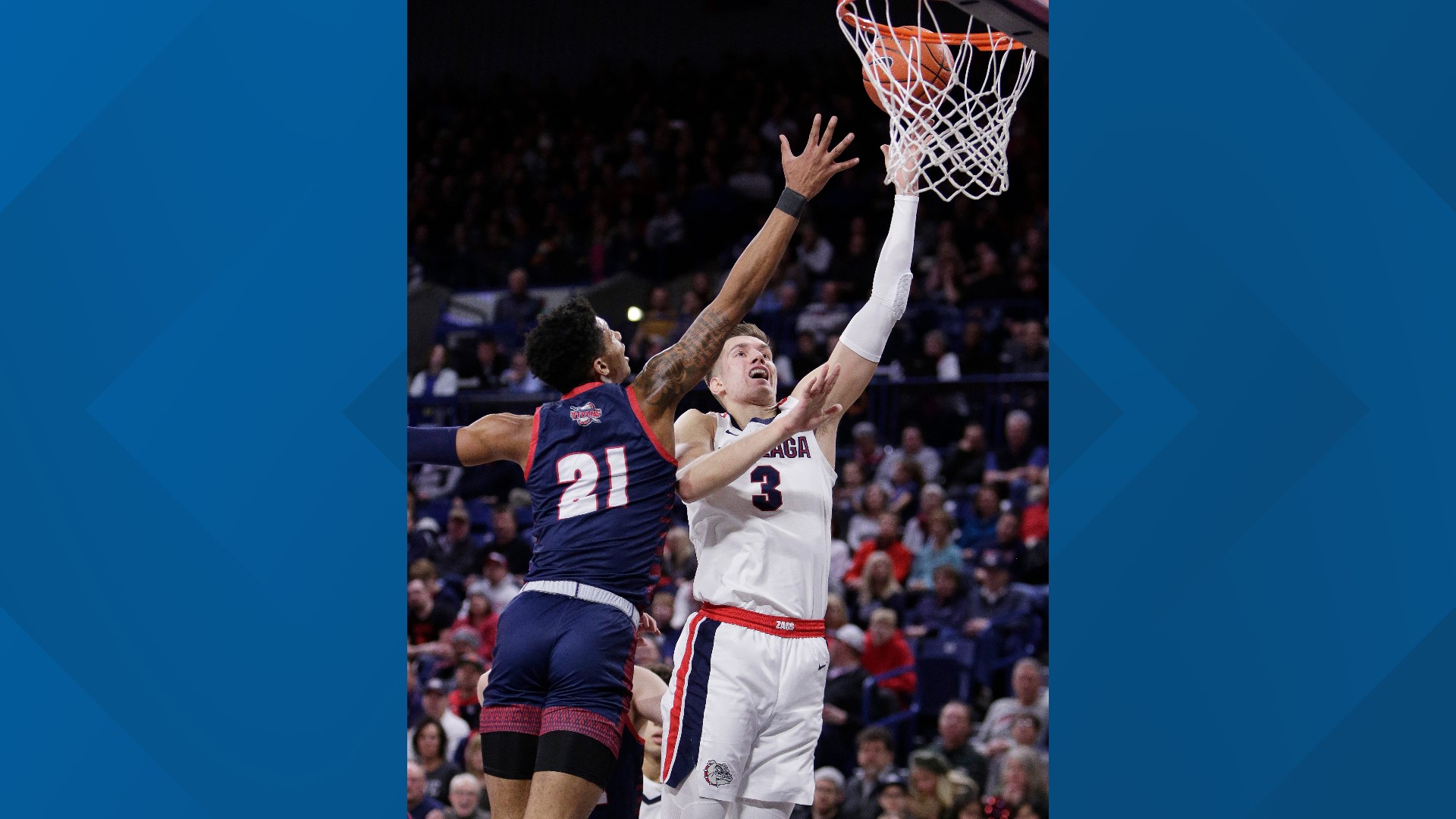 Ryan Woolridge had 21 points and eight assists for Gonzaga (14-1), which earlier retained the No. 1 ranking in the poll for the second week.

Gonzaga had not played since Dec. 21.

Drew Timme scored 13 points and Anton Watson 11 for the Zags.

Antoine Davis scored 31 points for Detroit Mercy (2-12), which was playing the nation's top-ranked team for the first time since they lost to Michigan in the 1977 NCAA Tournament in Dick Vitale's last game as the Titans coach.