'I want them to win the whole thing': Domantas Sabonis excited as Zags advance to Final Four

The Zags are headed to the Final Four in the very town that Sabonis resides in. Unfortunately, seeing the team in person is near impossible for the Lithuanian. 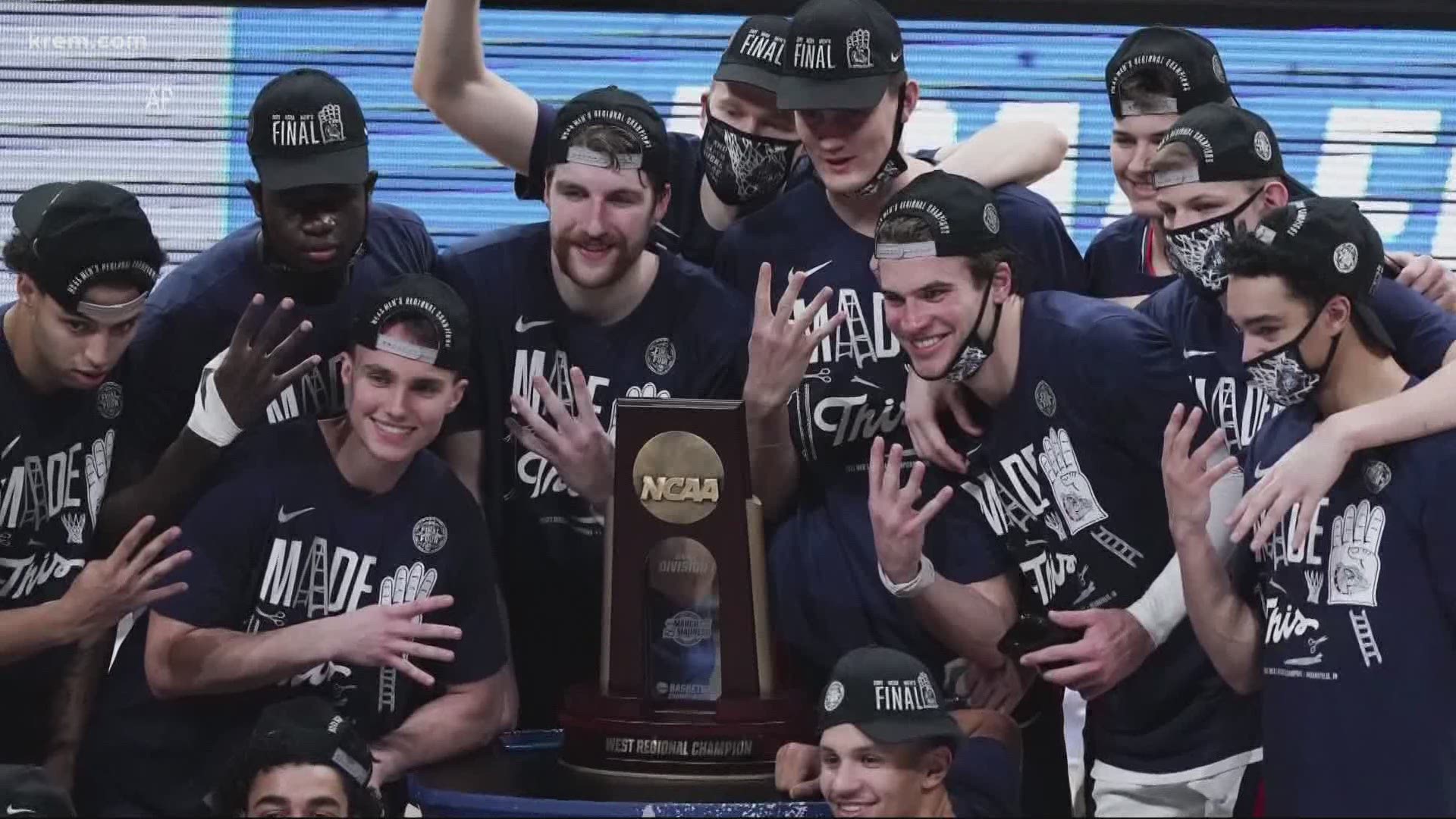 INDIANAPOLIS — The Gonzaga Bulldogs are Final Four bound in a city that also is the residence of the team’s most successful NBA player of the Mark Few era.

However, he’s still heavily invested in this program, even if it that means having to watch the games from just a few miles away.

"I'm just really excited for the team, the program, for the coaches and I want them to win the whole thing," Sabonis said on Wednesday.

"They’ve got a lot of guys, they’re stacked, they have a lot of depth, and that’s dangerous especially come tournament time. No matter who’s on the court, they’re playing at 100%," Sabonis said.

Normally, this would be a dream scenario for Domas as he would get to be around the team a ton before their Final Four run with the tournament being played in his city. That's not the case this year.

"It sucks. I’m texting with the coaches Tommy, Few, some of the guys and not being able to see them is not fun," Sabonis said.

Undoubtedly, if Sabonis were able to be around the team, he’d be asked to give them advice to get through the next two games. Sabonis he doesn’t have any but for good reason.

"There’s not much I can say. They all made it further than I ever have," he said with a chuckle. "They made a Final Four. Just keep doing what you’re doing. They’re playing calm, they’re playing poised, they’re taking their time. Everything they’re doing is great. I just hope that they finish it off."

Sabonis hopes they finish off for a lot of reasons, but high up on the list is that this would be meaningful to many people.

"Everything to everyone. The city of Spokane, it's something we've been dreaming for a long time," said the two-time NBA All-Star. "To finally get it would be amazing, especially to do it undefeated would be even better."