'It was written in the stars': Former Zag breaks WNBA record with help from wife

Vandersloot broke the WNBA's single game assist record on Monday night, and is using her gift to help give back. 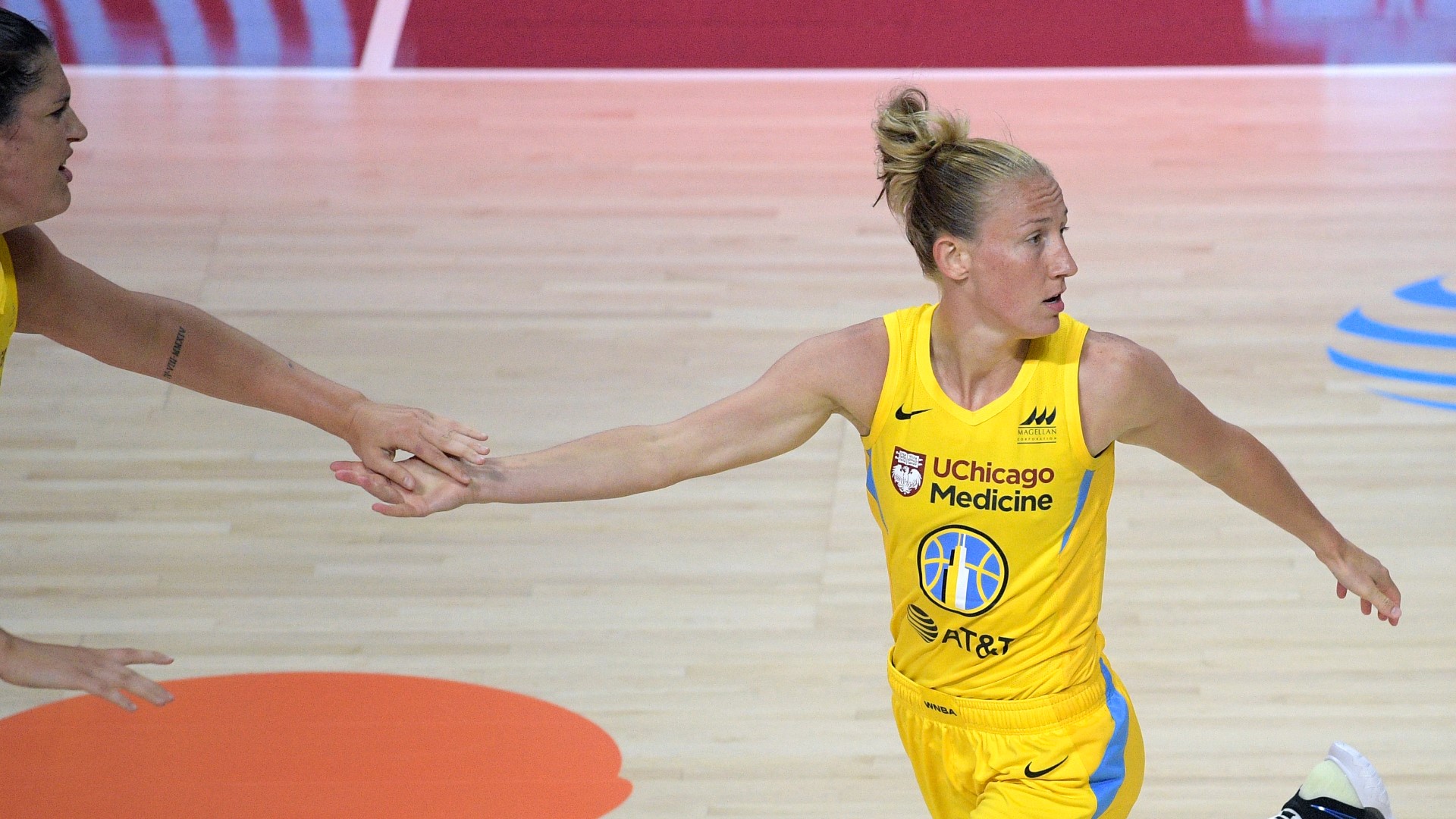 ORLANDO, Fla. — On Monday, former Gonzaga point guard Courtney Vandersloot made history as she had 18 assists in a contest.

Why is that a big deal?

Well, it broke the WNBA record for assists in a single game. The previous record was 16.

“I was all in my feelings at the end of the game because my teammates were just so excited,” said Courtney, reflecting on the moment. “To see it be as important to them as it was to me was really special.”

The moment didn’t come by surprise though. When Courtney left the game late in the fourth she knew she had tied the single game record. When she came back in, she was ready to make history.

That is 17 assists for Vandersloot on the night and is a new @WNBA record! pic.twitter.com/Ho9O1OTbLG

Allie Quigley made both of the baskets to get Courtney to 18 assists, but that’s not really the story.

“We sacrifice a lot together, and we spend a lot of time together. We have a lot of pressure on our relationship with basketball. We do this a lot. It’s exhausting. We get to a point where we're just like, ‘Woo,” said Courtney with a exasperated grin. “When you have moments like that it makes it all worth it. To be able to share that with her, like I said, you just can't make it up. We kept saying it was written in the stars.“

It’s all a part of a historic season Courtney is having.

The person in fourth place who Vandersloot is steadily gaining on? None other than Diana Turasi.

Taurasi is still playing, but Vandersloot is about 100 assists shy from surpassing her.

Vandersloot is turning her specialty this season into a way to help kids in her home of Chicago as well.

She’s donating $10 to Chicago Public Schools for every assist this season. Monday night she raised $180 dollars. Overall she’s donated $1,700. She’s on pace to donate over $2,000 when you factor in the playoffs.

“It makes it even more special. Really what it's all about is making a difference in the community. I would rather have that than the record. After I saw how much money that would be, it's just a little cherry on top,” she said.

Donating money is just a part of the league’s social justice initiative this season.

We saw that initiative on full display just a week ago when the league stopped play due to Jacob Blake’s shooting.

This is a season that Courtney will remember for a lot of reasons but being a part of that moment in history stands above it all for her.

“I've been saying over and over, we have such amazing women and black leaders in this league. To be able to see them really get the platform they need and make the best of it was really something special. The vigil that we had with all 144 players and coaches and staff, it was really special and says a lot about what the priorities of these women and the league are,” said Courtney.