Many experts predict that the star point guard from Minnesota will choose Gonzaga. 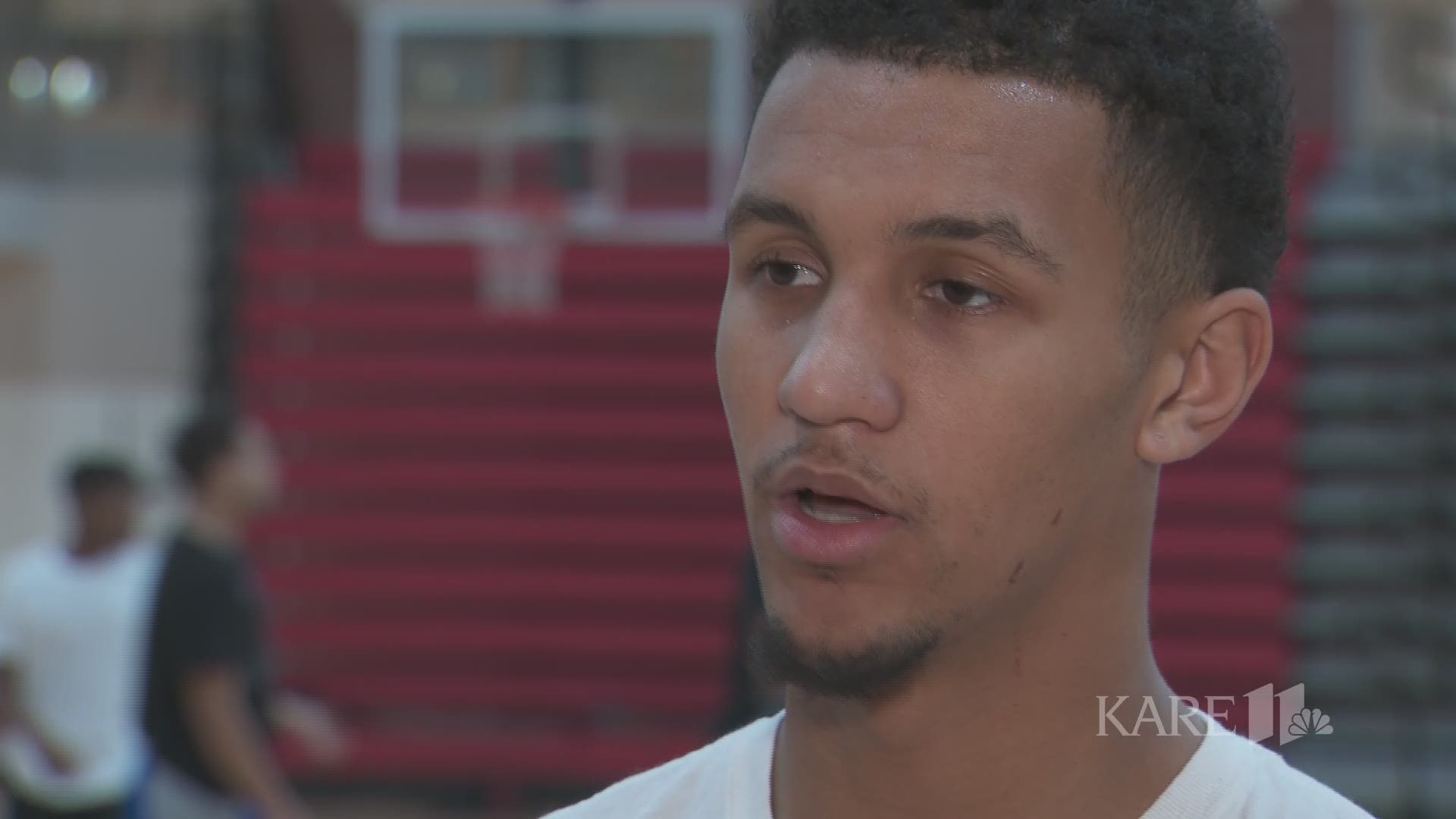 SPOKANE, Wash. — The eyes of many Gonzaga basketball fans are fixed on five-star recruit Jalen Suggs as he is set to announce his college decision on Friday night.

Paul Biancardi, national recruiting director for ESPN, made the announcement on Twitter. He said Suggs will announce his decision on Friday, Jan. 3 at the halftime of the game between the Patrick School and Sierra Canyon.

"He's special because he thrives in the transition game but can switch gears to operate and execute within the flow of a game," he added.

Suggs, a point guard at Minnehaha Academy in Minneapolis, Minnesota, is ranked No. 6 in the 2020 class by ESPN and No. 10 in 247Sports' composite rankings.

Suggs tweeted about the announcement on Friday, writing, "For those not at the game, tune into ESPN to see where my next chapter will be at!"

Evan Daniels, Director of Recruiting for 247Sports, said Suggs will announce a college on Friday but sources say he is still considering the professional route.

Many experts predict that Suggs will choose Gonzaga and a source in the basketball world has told KREM Sports Director Brenna Greene the same.

Suggs played on the FIBA U-19 USA basketball team over the summer following his junior year of high school.

He averaged 9.6 points per game at the FIBA tournament this summer and had three games where he scored over double digits. He didn't play more than 20 minutes a game, so he was relatively efficient.

Suggs is the No. 3 combo guard in the country and No. 10 in his class overall.

If Gonzaga lands Suggs, he will be the highest-rated recruit to ever choose the school.

RELATED: Who should be the starting five of Gonzaga men's All-Decade team?