'I’ll always be a Zag': Filip Petrusev discusses his decision to leave Gonzaga

News broke on Monday that Petrusev was headed to Serbia to play professional basketball. 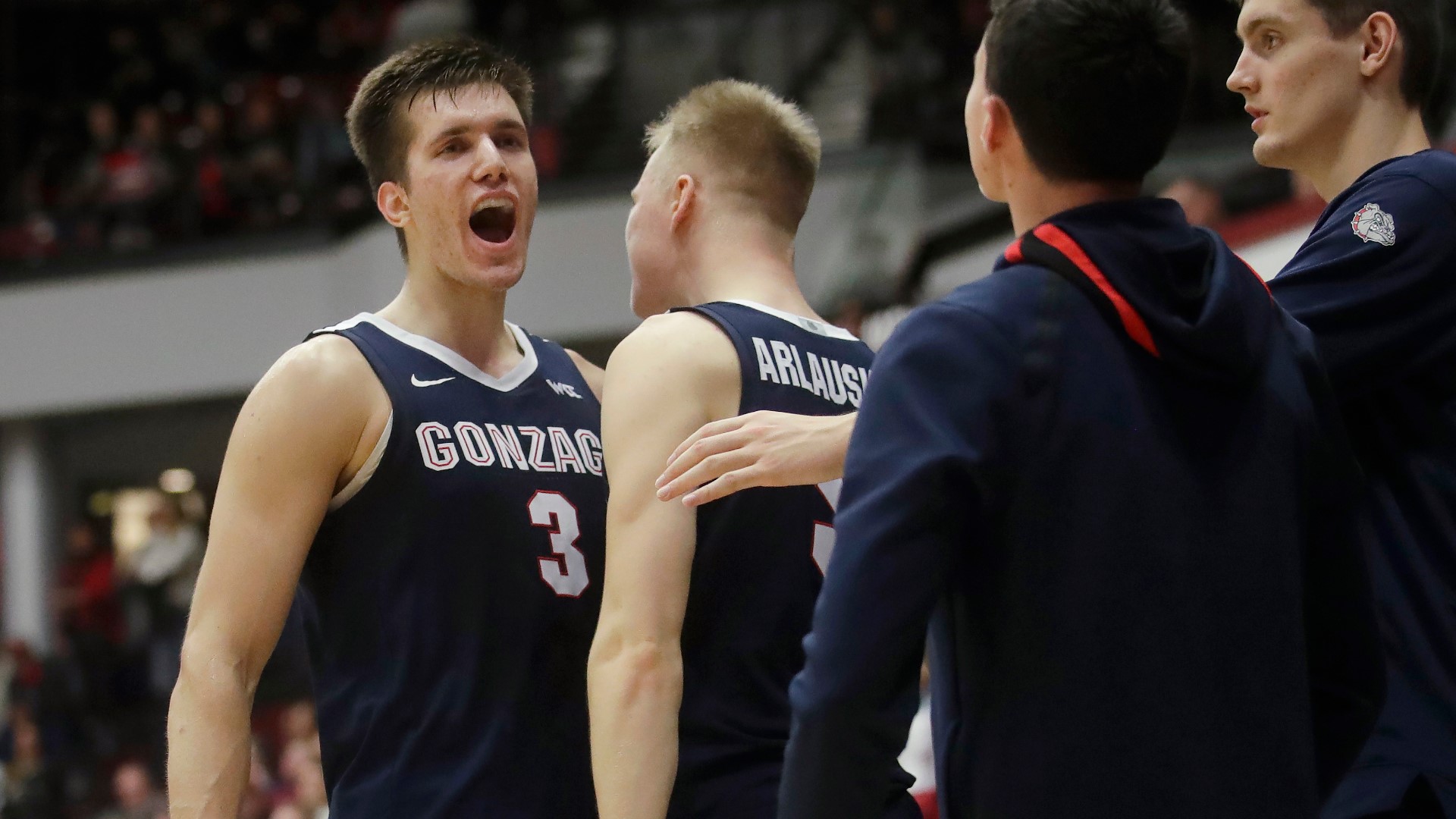 SPOKANE, Wash. — The news resonated around Spokane on Monday. Potential first-team All-American Filip Petrusev wasn't returning to school and was instead electing to play professionally in Serbia.

"They understand that I'm trying to do whatever is best for me, and it's all love," said Filip of Gonzaga's coaching staff. "I just appreciate everything they've done for me. They understand that it wasn’t my fault that they had to find out the way they did on Twitter because the news leaked out. There was nothing I could do about that. I was supposed to tell him before I announced it, but unfortunately, the news leaked out. But it’s all love at the end of the day. No hard feelings, and I appreciate them for everything they’ve done for me."

There were questions all season in Spokane of if Filip would return for his junior year, so it didn't come as a huge surprise for Gonzaga fans that Filip elected to go pro.

The forward didn't have his final decision for awhile though. However, he also didn't miss the opportunity to soak up what ended up being his final game in The Kennel.

"It was on my mind. I knew it was possibly my last game so I just tried to take advantage of it and enjoy it as much as I could," he said of Gonzaga's senior night game against Saint Mary's.

Petrusev told KREM that the process for signing in Serbia went pretty fast, but that he talked to the team a couple of times before making the official decision.

There were multiple reasons why the forward decided to play professionally in Serbia, including coronavirus concerns with college basketball and being able to play with pros. The opportunity also will give him a chance to see action before the NBA Draft.

"I will get four official games in this league and a lot of scrimmages before the draft. That's a huge chance to get in front of people without any official draft process. That played a huge role in that," said Filip.

"They really focus on developing guys for the NBA and the results speak for themselves," added Filip of his new team.

Getting to play in his home country also definitely factored in to Filip's decision.

"I'm definitely excited to play for my country. It's been six years since I played here last so a lot people didn’t get the chance to see me much playing outside of Serbia. I'm just really excited to get to show my people why I can go on the court," said Filip.

Filip's certainly shown people he can go on the court in Spokane. He passed along one final message for the fans.

RELATED: Opinion: Why Filip Petrusev left Gonzaga, and why it's not the end of the world for GU