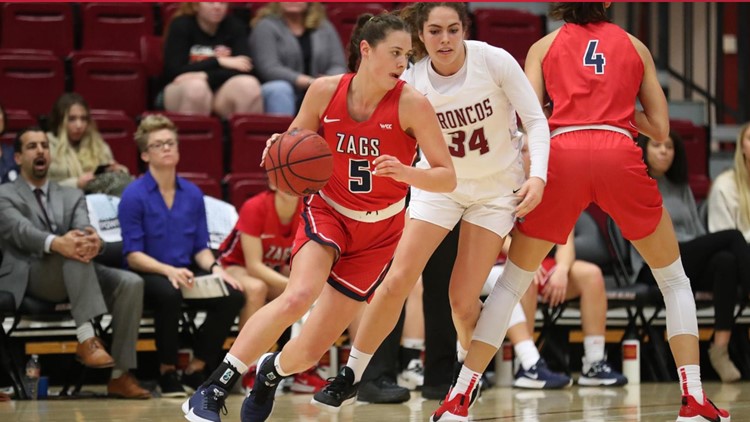 The Zags picked up the victory despite a not so great shooting night. They were 38 percent from the field and only 21 percent from three-point range.

However, the Zags dominated the boards. The team had 43 rebounds to Santa Clara's 26. Gonzaga also totaled up 22 offensive rebounds and turned that into 25 second chance points.

Guard Jill Townsend led the way for Gonzaga with 13 points and 12 rebounds.

Gonzaga's next game is on January 18 on the road against San Francisco at 5 p.m.