Weingarten is on top of high school basketball recruiting visits like none other in the country. He said two top 50 2021 recruits will come visit Gonzaga this week. 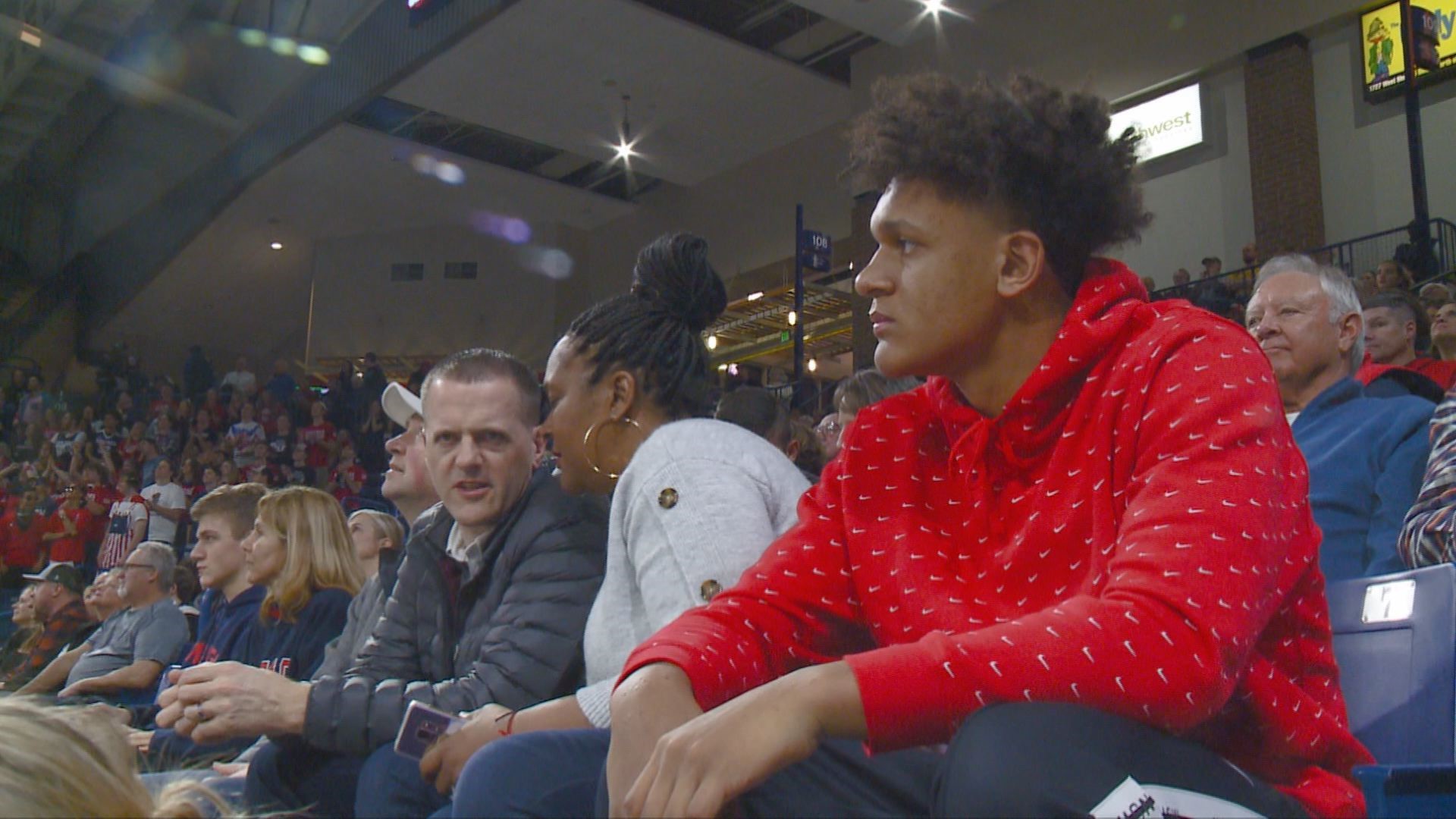 There is no surprise that with the success Gonzaga men's basketball continues to have, high profile recruits are looking at Gonzaga as a destination to go to school and play ball.

Jake Weingarten from Stockrisers.com, who is on top of recruiting visits like no other, sat down to talk with KREM about the 2021 recruiting class, recruits visiting this week and why recruits like Gonzaga.

Arthur Kaluma is coming for an unoffical visit on Feb. 27. He's a forward known more for his defensive value.

The big man has been sought after already by some schools from major conferences and Gonzaga has some catching up to do. However, Weingarten still thinks GU has a chance to land him.

"It's Mark Few and Gonzaga, so I don't think that's really a problem," he said. "I don't think that he would take that unofficial visit if there wasn't a chance at an offer (a scholarship). He's a very talented guy so we'll see. Maybe Gonzaga will offer."

The other is Peyton Watson, a shooting guard who is coming on an official visit between Feb. 28 and March 1. He is a good defender whose offense is improving.

Weingarten said he feels Gonzaga has a better chance of landing him than Kaluma.

"The fact they are getting an official visit gives them a great chance," he said. "Watson would fit in perfectly in Mark Few's system."

Gonzaga is targeting Paolo Banchero too, who is a junior playing at O'Dea High School in Seattle. he is a top five prospect in the 2021 class.

Weingarten said the talented forward hasn't indicated he's swaying towards any school, but Weingarten believes the Zags is where he will choose.

"I've always said the Zags are my top team for him," Weingarten said. "I mean it just makes perfect sense. You've seen what Few has done with guys like Banchero. I can't even say guys like Banchero because there is nobody really like him. I think he's arguably the best player in the country. He's just so talented on both sides of the court."

For these 2021 recruits, Weingarten said we'll know better this summer on where Gonzaga stands. Once again, the Zags are targeting some of the top recruits. Here are the big reasons why recruits have told Weingarten they like Gonzaga.

"The facilities, the area and they love basketball around there," he said. "Walking into that arena, it is sold out every night even if they're playing a terrible team they'll beat by 50. You see these guys on official visits and the student section is chanting their name. Everyone is going nuts in there and it's  something hat stands out to these guys. These guys wants to be loved and they want to be in a place that loves basketball."

RELATED: Gonzaga drops to No. 3 in AP poll after loss to BYU

RELATED: Opinion: Gonzaga still worthy of one seed in NCAA Tourney after loss to BYU