What to know for Gonzaga's Final Four game against UCLA

Gonzaga is a 14-point favorite. The Bulldogs and Bruins will play on Saturday at 5:34 p.m. It will be televised on KREM. 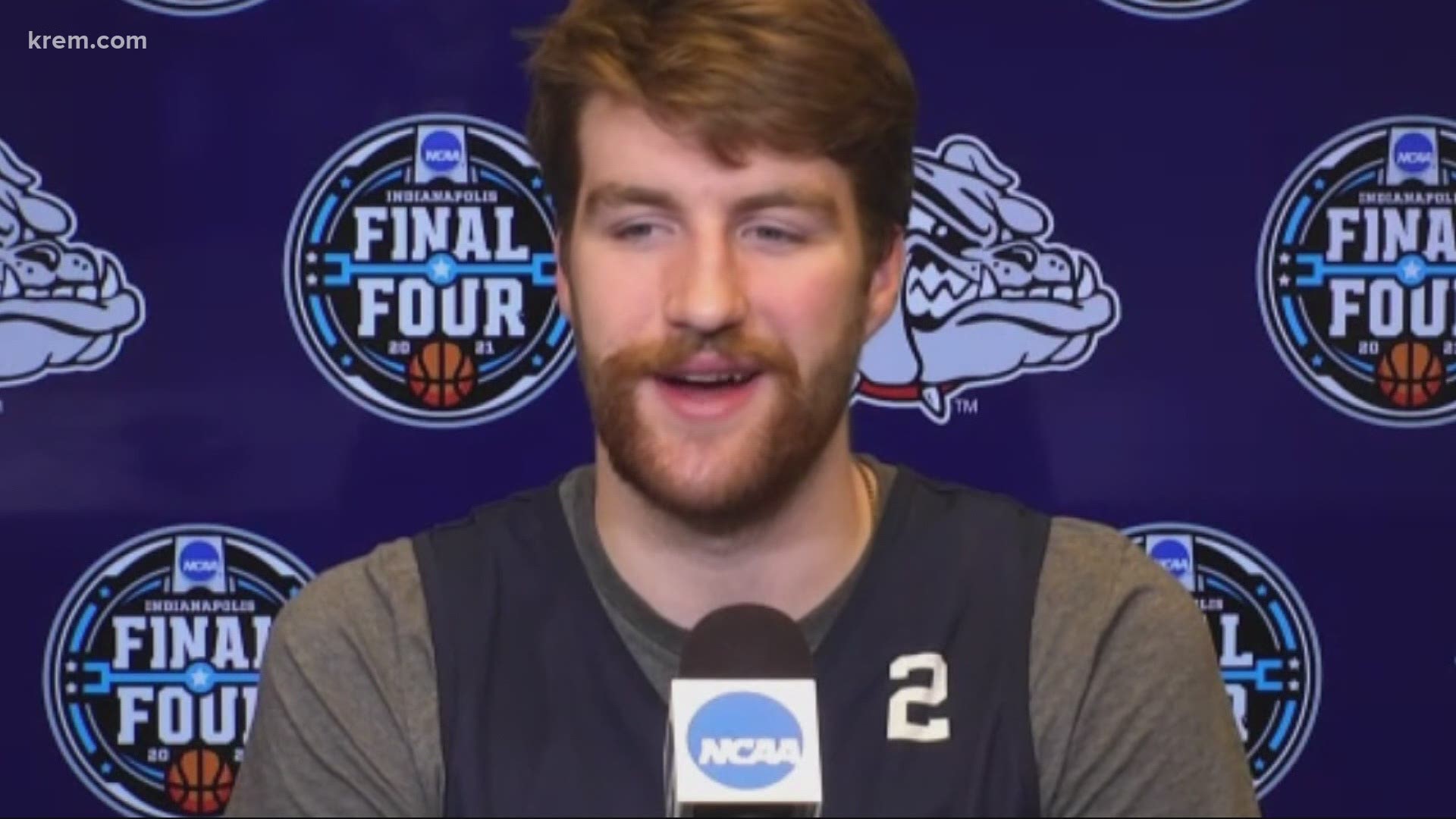 INDIANAPOLIS — Tap or click here for live updates on the Gonzaga vs. UCLA game

Gonzaga men's basketball will take on UCLA in the Final Four on Saturday with a chance to return to the national championship game.

The Bulldogs are the top overall seed. The Bruins have made a Cinderella run as a #11 seed.

As the Zags look to make it back to the title game, here's what you need to know about this matchup.

Gonzaga is trying to complete an undefeated season capped off by a national championship. The title would be the first in program history.

The Zags have won their last 27 games by double-digits, which is an NCAA record.

UCLA looks to continue their remarkable run in the NCAA Tournament. It wasn't that long ago when an 11 seed made it to the Final Four. In 2018, Loyola Chicago did so too.

The Bruins have a storied history as they've won 11 national titles and have reached the Final Four 19 times.

WHAT TO WATCH OUT FOR

Gonzaga's Drew Timme has been a monster in the NCAA Tournament.

He's averaging 21.3 points per game so far in the Big Dance and he has a favorable matchup coming up. None of UCLA's starting five players are taller than 6-foot-9.

A smaller lineup could favor not only Timme, but the Bulldogs. Gonzaga also plays small ball with their lineup, but they're considerably bigger at a few positions compared to UCLA.

The Bruins have also been inconsistent with their free throw shooting and their bench contribution. If those aren't clicking against Gonzaga, in which they'll need every point they can get, it could very well be lights out for the Bruins.

UCLA has been shooting well from three-point range at 37 percent this season. However, the Bulldogs have held opponents to 28 percent three-point shooting in the NCAA Tournament so far.

Gonzaga and UCLA have played twice in the NCAA Tournament. Each team has won a game in those meetings.

The infamous 2006 matchup in the Sweet 16 leaves Gonzaga fans with a bad taste in their moth.

It was Adam Morrison's last game with Gonzaga.

In 2015, these two teams squared off again in the Sweet 16 of the NCAA Tournament and it was a much different story.

The Zags dominated the Bruins in the second half and won easily. Przemek Karnowski had 18 points, nine rebounds and a couple of behind the back assists to Domantas Sabonis in the win.

WHO IS FAVORED TO WIN?

Gonzaga is a 14 point favorite over UCLA

Gonzaga head coach Mark Few said this will be a rock fight against UCLA. He said the Bruins have really taken on the persona of their head coach Mick Cronin.