How did Wiltjer get into fashion? What's Rui like on the court? What were Williams-Goss' words of wisdom? What was Zach Collins preferred mode of transportation? 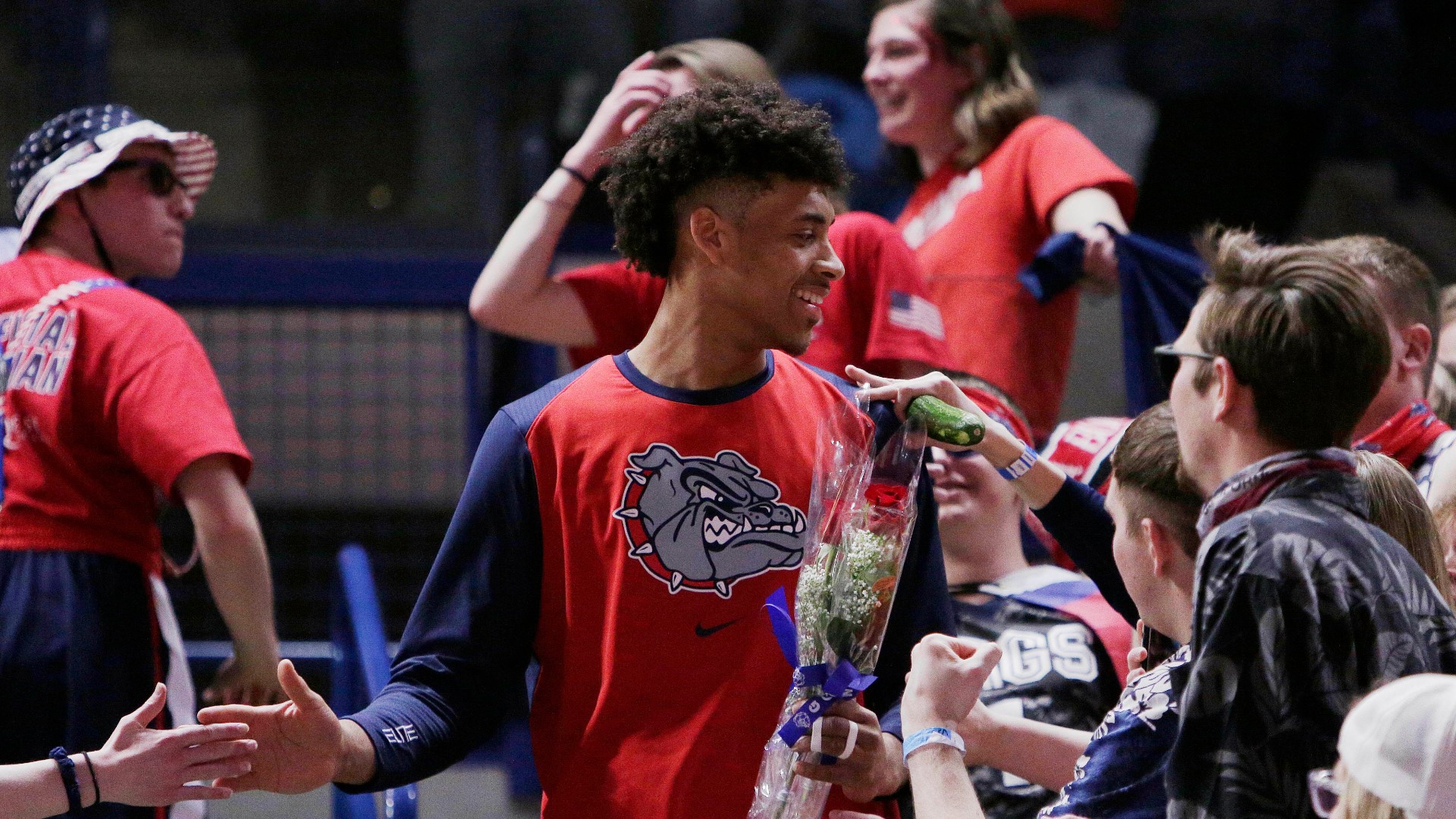 SPOKANE, Wash. — We are continuing our Untold Stories series today, however we're doing it a bit differently than weeks past. This time, we're having Jeremy Jones tell the stories of various teammates he crossed paths with during his time at Gonzaga.

During Jeremy's redshirt year, he began helping Kyle out with his fashion choices.

It all started because Kyle was having a hard time finding jeans because he was so tall, and Jeremy knew a company who made longer jeans. It evolved from there.

"He would have me outfit him for the road trip because we had to dress up on the plane," said Jeremy. "I used to go to his room and basically just do a bunch of outfit combinations. We ordered some really nice, but not expensive, sport coats. That was fun. I enjoyed doing that."

As for how much input Kyle had on what he wore?

"I don't want to say he didn't have much choice, but I was probably pushing a lot of stuff at the time," said Jeremy with a chuckle.

Off the court, Rui Hachimura is a pretty quiet dude. Apparently in practice though, it was quite the opposite.

Jeremy had to guard Rui a lot at GU. The smack talk, according the Jeremy, was aplenty.

"He would just talk about how strong he is. Like if I was to roll my ankle or something, he’d talk about how he doesn’t roll his ankles because he's too strong, just that kind of stuff," Jones said.

Hachimura wasn't always so confident in practice though.

During his first year at Gonzaga, Jonathan Williams was not taking it easy on Rui. At one point during the practice, someone looked at Rui and asked, "How do you say, 'He's kicking your ass,' in Japanese?"

Things weren't always smooth for Jeremy at Gonzaga. In 2016, he was a redshirt, and in 2017 he barely saw the court. That's when Nigel Williams-Goss stepped in.

"I was going through a rough patch at Gonzaga," recalled Jeremy. "Feeling like I was working super hard and wasn't seeing the results, in a sense, on the court. He (Nigel) just told me one day, he was like, 'Hard work is undefeated.' That's one thing that has stuck with me through my entire life and what I tell people."

It was a time that Jeremy was contemplating a lot of things. Nigel's words obviously helped re-motivate Jeremy.

"It's like, 'Is it even worth it for me to be working this hard?', said Jeremy of what he was thinking at the time. "Just that assurance from my brother, who's obviously successful and has been successful at every level, was super encouraging just to stay the course, work harder, redefine hard work. I'm super blessed to have all the memories I have with him in my life."

"He would watch film a lot in the locker room by himself and send Snapchats, little clips to people about what he could've done better in a situation or what he missed. He'd even shoot stuff to people saying if you move here or do that I can do this for you," said Jeremy.

Credit: AP
In this April 1, 2017 file photo, Gonzaga's Zach Collins reacts during the first half in the semifinals of the Final Four NCAA college basketball tournament against South Carolina in Glendale, Ariz. The role of the big man has changed in the NBA, and that’s evident in the way teams pick centers and post players entering the draft on Thursday, June 22, 2017. The Gonzaga freshman is considered a possible lottery pick entering Thursday's NBA draft. (AP Photo/Mark Humphrey, File)

Zach Collins was only on Gonzaga's campus for one year, but his bike logged a lot of miles. Apparently, Qdoba was a favorite stop.

"That’s how he would get everywhere. He’d ride his bike," said Jeremy.

Jeremy realized quickly into Gonzaga's 2017 season that is was pretty ironic that Collins was riding around on two wheels.

"Probably mid-season I told him, 'It’s so funny right now because you're riding his bike around campus, but in a few months, you're going to be able to literally buy whatever car you want.'"

"I don't know if he was confused or he didn't believe me, but I guess he just didn't really think he was going to be a one and done. I literally told him, 'You’re going to be okay, you know?' The next year he gets drafted, and the rest is history," said Jeremy.

RELATED: Untold Stories: Tillie's teammates named workout after him for his work ethic