Times were a bit different for the Zags back then. 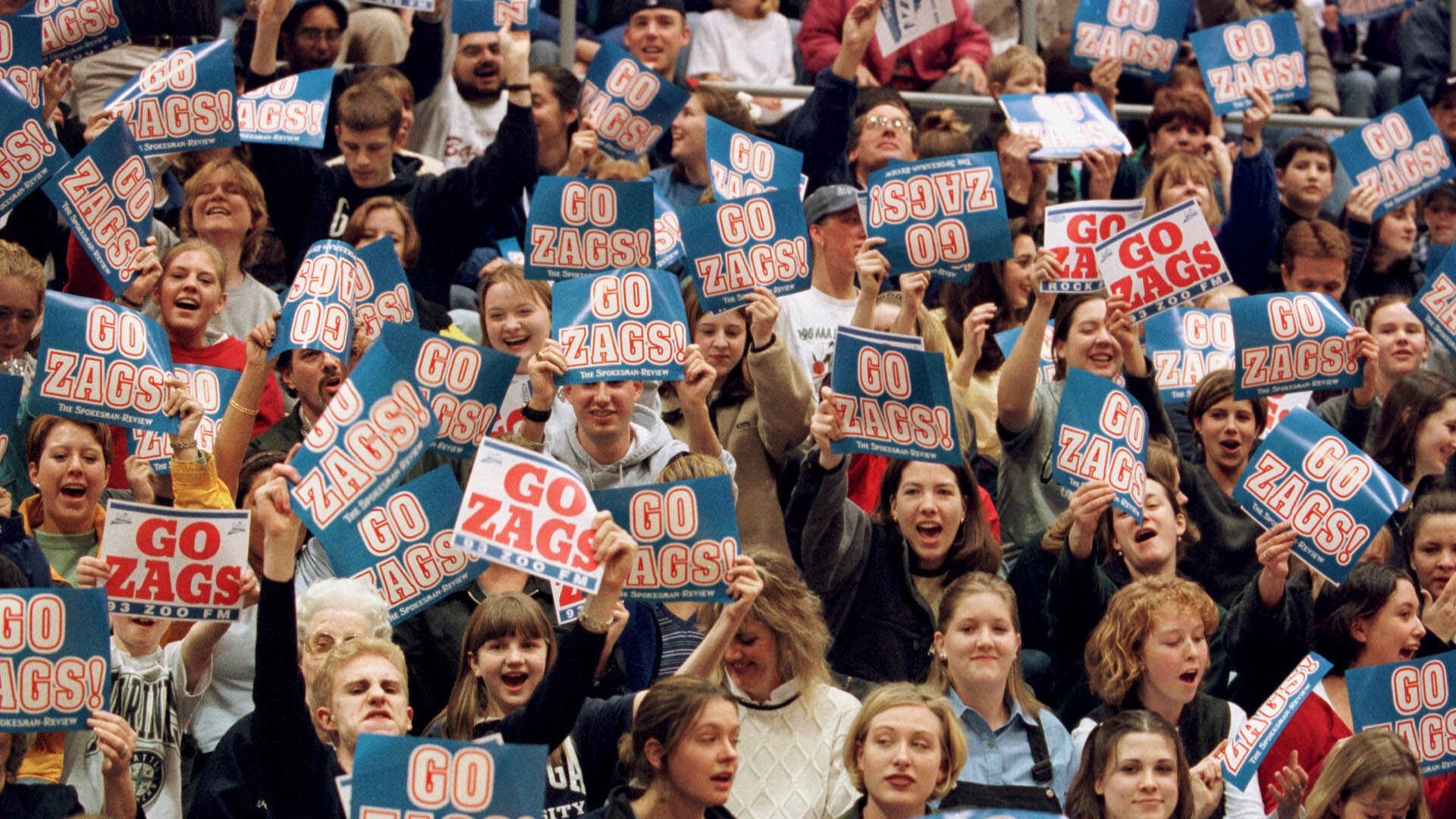 SPOKANE, Wash. — Twenty-one years ago Gonzaga made their first NCAA Tournament run, and Gonzaga alum and current Hollywood actor Eric Edelstein got the experience of a lifetime.

Edelstein was a student at Gonzaga at the time and the TV play-by-play voice for the team that season, but that didn't mean he'd get the travel with the team for the tournament. Somehow, he finagled his way on to the team's plane though.

"I had no business really being there," reflected Edelstein. "I remember we landed in Seattle and Dan Monson (Gonzaga's head coach at the time) didn't know I was on the trip. He yelled at Coach Few and he yelled at me and he said if I distracted the players, he'd never let me announce another game ever."

Coach Few stood up for Edelstein though, claiming he was good for the players, and Monson allowed Edelstein to stay.

Edelstein then secured a media credential as a free stringer for a radio station in Portland. He couldn't help but have fun with the situation.

"I had a media pass, and all the guys in the team would laugh because I would just walk everywhere, and I had a media pass so I'd go, 'Media, media. Leave me alone. Media, media. I'm allowed to be here. Where are the free appetizers?' Like it was a gravy train for me and I was holding the ladle to anybody that wanted to see it," he said.

Gonzaga was a relative unknown though, so it wasn't all gravy for Edelstein and company.

"I remember the first trip, they didn't know Gonzaga. They didn't expect us to win a game, so we had the worst charter plane, and I'm not picky about airplanes, but I mean literally I was a scared flier. I was nervous, and Mike Nielsen said, 'Look, we're fine.' He pulled down the armrest, and it came off in his hand. The NCAA put us in this hotel that was under construction so far away. We checked in, and they're like, 'Oh, you're the kids from Gonzales,'" recalled Edelstein.

All good, and not so good, things came to an end though, as Gonzaga fell to UConn in the Elite Eight that year. Perhaps one of Edelstein's most memorable moments, though, came when him and the team landed back in Spokane.

"I get chills now thinking about. We just heard this thunderous noise, and we walked out onto the tarmac and the whole airport was full. Then we got into the bus, surrounded by a police escort, and got back to campus. It was filled. Thousands of people were there to bring the team back. That's the magic of Spokane, that's the magic of Gonzaga, and it's only built and gotten better."

RELATED: 'The most ugly, beautiful shot': An oral history of Casey Calvary's tip in

RELATED: Report: Gonzaga to play USC at PK Invitational in 2020