Opinion: Why Filip Petrusev left Gonzaga, and why it's not the end of the world for GU

The Serbian forward announced on Monday that he has signed with Belgrade, Serbia's KK Mega Bemax. 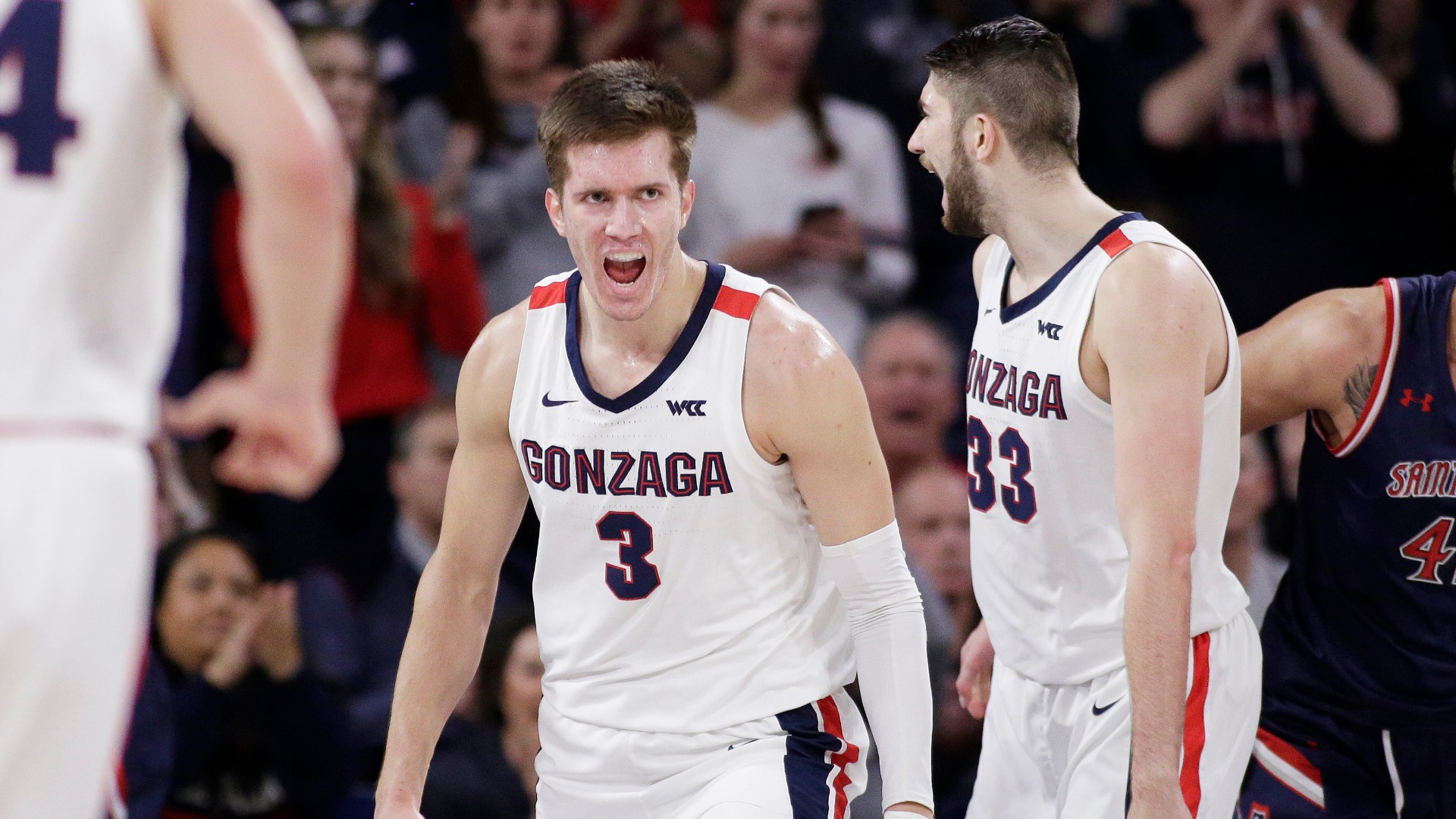 SPOKANE, Wash. — A few months ago, I did a segment with college basketball journalists Gary Parrish, Jeff Goodman, and Sean Farnham. They all said that Filip Petrusev should return to Gonzaga for his junior season.

On Monday, Filip announced that he would forgo his collegiate eligibility and play professionally with a club in his hometown of Belgrade, Serbia. His agent said his reasoning was that the team Filip signed with has had more players drafted recently than Gonzaga.

I’m sure a lot of people have a lot of questions concerning this situation, so today I’m trying to answer them the best I can. I’m going to start with a questionable situation though, that I don't have any concrete answers for.

GU STAFF LEFT IN THE DARK

Perhaps the craziest part of Monday’s news wasn’t reported in the original article. According to reports, Mark Few and company only found out Filip wasn’t returning when the news broke. He never told them he was signing this contract.

This either means two things:

Filip did thank the staff and his teammates in a statement released by the school and said quote, “Gonzaga University will always be my second home and place where I will be returning often.”

Thank you for everything Zag Nation!!! Forever a Zag 💯🐶❤️ pic.twitter.com/etYHaaduBZ

THE NBA VS. SERBIA

You may be wondering why Filip signed with a team in Serbia and didn’t wait it out until after the NBA Draft?

Well, according the DraftExpress’s Jonathan Givony, Filip is still planning on staying in the NBA Draft and the forward won’t have to make an official decision on that until October 6.

Source confirms that Filip Petrusev is indeed leaving Gonzaga. For now the plan is to stay in the 2020 NBA draft. Doesn't have to decide until October 6th officially. https://t.co/WEy13L2Sf9

However, I will note that it’s not common for a player who’s played in the states to sign with a European team and then get picked in the draft. So, that brings us back to our original question: Why sign with this squad?

Despite Filip being a force in college basketball last season, he is not projected to be a sure fire pick in the NBA Draft, according to multiple draft boards.

His back to the basket, ground and pound game just doesn’t have as much of a place in today’s small ball, three-point shot obsessed NBA.

This was probably the safest option for Filip, especially in today’s COVID-19 world. It’s reported that his contract is a multi-year deal. Stability is attractive in this day and age. Most European contracts have a clause for players letting them out of their contracts if they’re picked up by an NBA team, so that option is still there.

He also gets to go home which has to have some sort of pull for him, as Filip hasn’t lived in Serbia since he was 16. He’s 20 now.

The next question that has to be asked is why did Filip opt to go to Serbia over returning to GU?

First of all, Filip Petrusev was the focal point of Gonzaga’s team last year. With five-star point guard Jalen Suggs entering the mix, a much more loaded 2020-2021 front court, and Corey Kispert and Joel Ayayi (assuming they return to GU) becoming more of a scoring threat, Petrusev straight up just wasn’t going to get the ball as much this year.

Last season, he had the highest usage rate of any Gonzaga player since Kelly Olynyk. In some ways, he’d had the best season he could at GU. He probably wasn’t going to do anything insane with his numbers this year that would’ve made his stock even higher.

Of course, the other reason he may have not wanted to return was the uncertainty around college basketball’s season next year due to Coronavirus. There’s so many questions concerning what will happen. Filip gets to skirt those now.

Perhaps the biggest question for Gonzaga fans is what does this mean for next year’s team?

Two years ago, news like this would’ve been catastrophic for Gonzaga. Now? I didn’t really even flinch.

Gonzaga is expected to see increased contributions from posts Drew Timme, Anton Watson, and red shirt Oumar Ballo. You add in four-star recruit Julian Strawther, and Pavel Zahkarov, who mostly hung out on the bench last season? Well, let’s put it this way: I’m not too worried.

I would expect to see Timme and Watson start. Maybe Watson on the bench and Timme and Ballo starting.

Gonzaga still has a healthy four man big man rotation, which not many other programs in the country have the luxury of.

They aren’t as sure fire of a favorite to win the national title, but they’re still a top three favorite. Anyone would take that.