It's been a long journey for Stockton, who tore her ACL at the WCC Tournament in 2019. 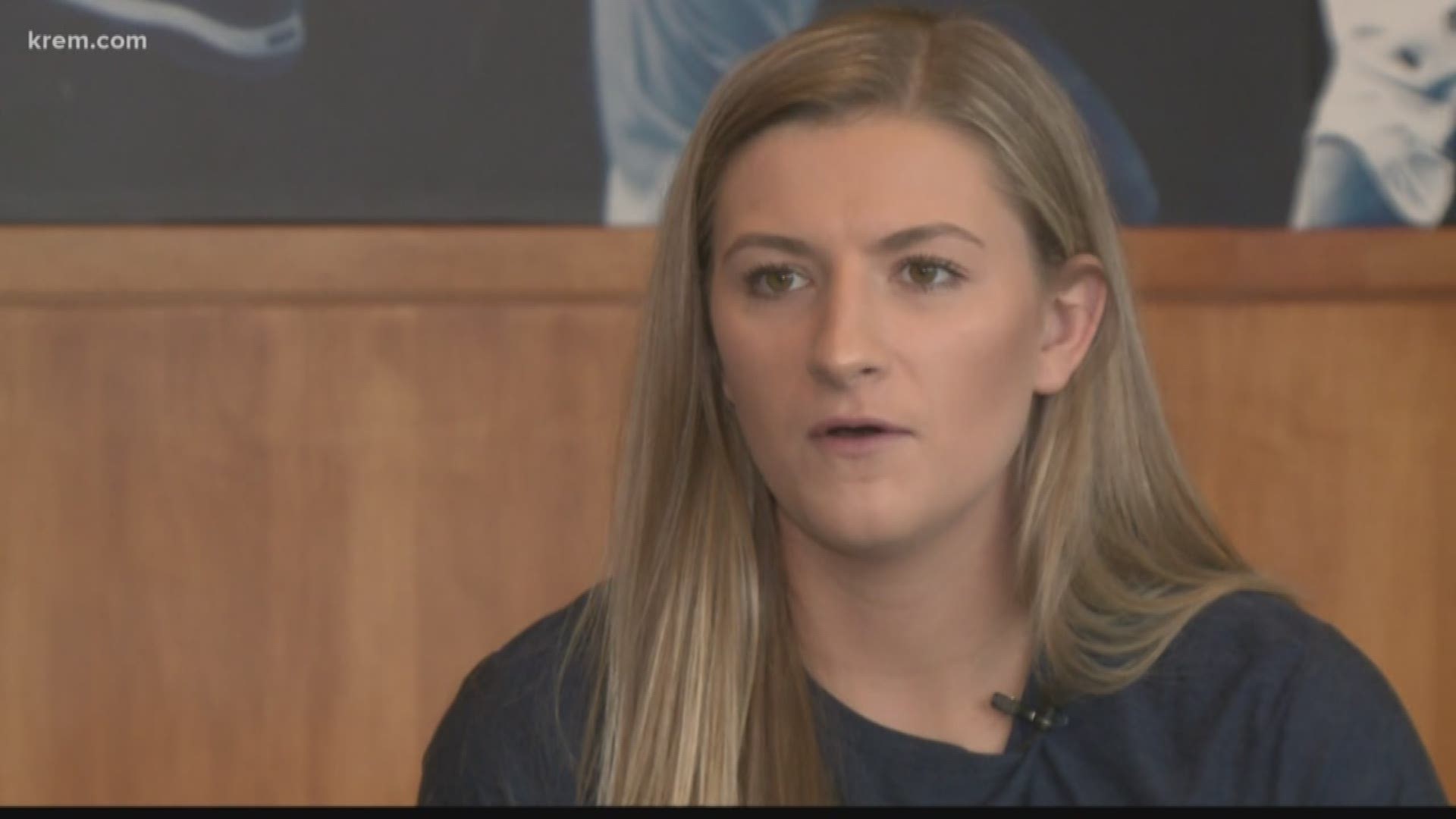 Editor's note: The above video is from 2019 after Laura Stockton tore her ACL and had time to reflect on her Gonzaga career.

TC Herner, the German team Laura signed with, announced her signing on Friday.

"I'm super excited. It's been a lifelong dream of mine," said Laura Stockton to KREM about continuing the family tradition of professional basketball players.

Stockton actually signed with TC Herner three months ago though. The team likes to wait to announce their signings, which made for a long wait for the former Bulldog and Bullpup.

"Weeks kept going by and I'm like, ‘Okay, what's going on? Like, do I actually have a team? Is this real?’ But my agent reassured me. She's like, ‘Oh no, I've talked to them a bunch of times. They just like to wait a little bit to announce their roster.’ So it was fine. I've been really itching to tell people though just because I've been waiting so long having a year off. This has been really hard to keep secret for sure," said Stockton.

Stockton averaged 8.9 points per game and 4.2 assists per game in her final season with the Zags.

Former Zags Haiden Palmer and Sunny Greinacher have played for the club in the past. That reassured Laura when she put pen to paper.

"When I had found out that they had played for them it was like, ‘Oh my gosh, like, this is such a great fit.’ I know both of them. They're both obviously really, really great players. It gave me a ton of confidence that this team was good and that this would be a good fit there as well," said Stockton.

Stockton tore her ACL at the WCC Tournament in 2019 and has been recovering from the injury ever since. This will mark her first competitive basketball since tearing her ACL.

"It's definitely been a slow grind," said Stockton of the recovery process. "They always say it's about nine months, but it really takes a lot longer than that. When you hit the nine months, they're like, ‘Yeah, you're good to go.’ But there's just so much more that goes into getting back and getting comfortable and trusting my body again. I'm really grateful that I've had sort of the extra time though because rushing back would not be something I would have wanted to do."

"It changed a lot about the way I approach things and just how grateful I am any chance I get to be playing. Right now I'm like, 'If anyone's playing, I'm there. Don't even worry about it, I’m in,'" said Stockton.

She's going to a solid squad as TC Herner plays in the top league in Germany and are the reigning league and German Cup champions. They were 13-8 last year before their season was shut down due to Coronavirus.

Laura can't help but let her mind wander to the first time she gets to suit up for her new team.

"I literally am so excited. I can't even put it into words. This is just what I love to do. It's who I am. It's my dream and it's just going to be such a cool moment when I can finally say I did it. Yeah, I have no words," said Stockton.