'At first, it was just really hard': Killian Tillie reflects on his Gonzaga career coming to a close

Tillie had many ups and downs in his career, but he says he wouldn't change a thing. 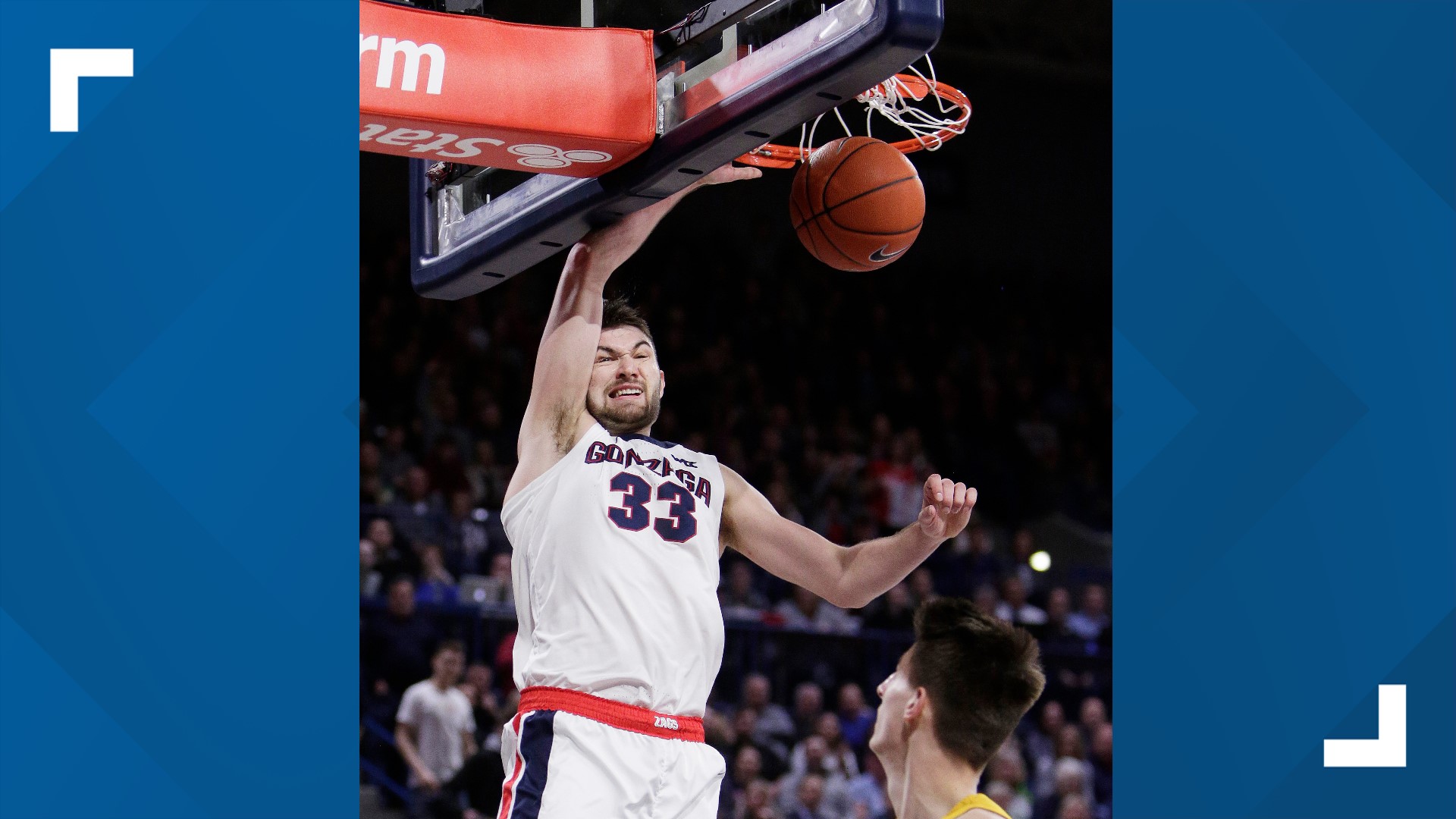 SPOKANE, Wash. — Killian Tillie has been through a lot the past few weeks.

"At first, it was just really hard," recalled Tillie. "Even still now just talking about it is a little hard."

On Tuesday, March 10th, he was riding high winning his final WCC Championship.

By March 12th, his college career was over.

"At first, I didn’t believe it honestly. I swear I didn’t believe it," said Tillie of the NCAA's decision to cancel the NCAA Tournament. "I felt it was just a first thing and they were going to think on it and change the decision, but as the days came by, day by day, I started to realize it was real."

When Tillie and his team had their final team meeting after the tournament cancellation, he realized it was the last meeting he’d have in Gonzaga’s locker room.

"It was really emotional. It was hard to talk. A few guys said a few things, but it was pretty hard to talk and look at each other."

Killian has now had a few weeks since that announcement, and thus has had time look back on his time at GU.

"I will always be thankful for what he did for me," said Tillie of Mark Few. "How he believed in me since day one even though I was a little skinny guy from France."

He also reflected on the many times his injuries sent him to the bench.

"It built me and probably made me tougher and made me stronger," said Tillie when asked if he would change anything about his experience at Gonzaga. "Mentally, made me the player I am now. I don’t think I would change a lot honestly."

And that certainly makes sense, especially after you hear Killian's final message to the program and fans who shaped him:

"My teammates these past four years were amazing, all of them. I love them all. The fans were crazy. Everywhere we went it was like a home game. You play in another team's gym, we had more fans for us. It was a blessing to play for Gonzaga, and obviously I’m going to miss putting this jersey on and trying to fight for Gonzaga, but we’ve got a lot of good guys coming in, getting better and better. You guys are going to be excited for the next years. Thank you," he said while pausing. "A lot."