Gilder says if he was given the opportunity for another year of eligibility, he would consider coming back to Gonzaga. 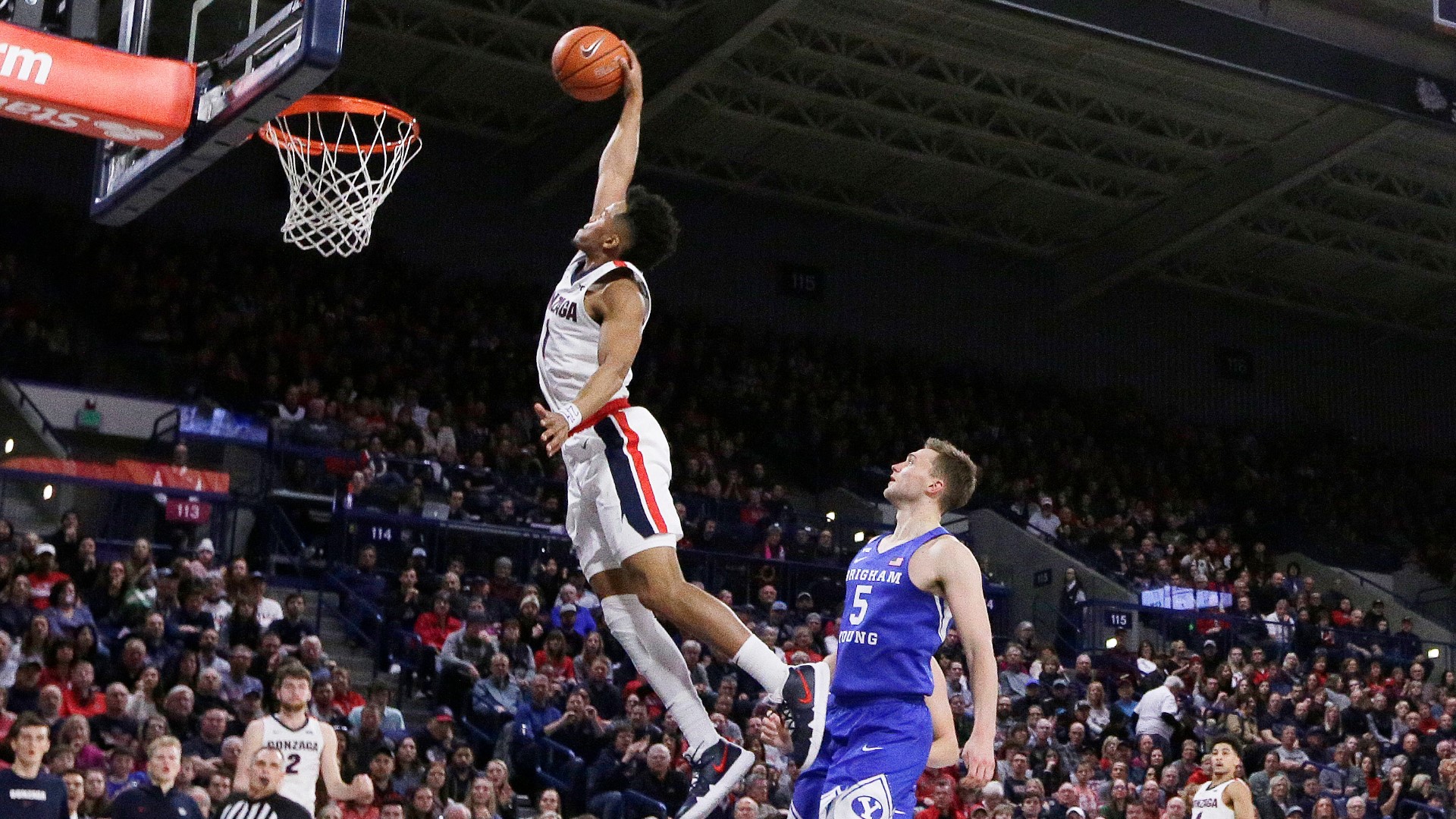 SPOKANE, Wash. — When the NCAA Tournament was canceled a week and a half ago, it shook Gonzaga fans and this area to the core. But no one was more affected by it from Spokane than the three seniors on Gonzaga’s squad.

"It really hit me hard because that was one of the things I had dreamed about," said Gonzaga guard Admon Gilder. "I was really angry. I was looking at my phone. I had to put it down a lot because people were texting me, 'I’m sorry that all this happened.'"

Graduate transfer players come to Gonzaga hoping that that year will be the year the team makes a magical run to the national championship. Admon Gilder was no different.

"Having the opportunity to come to Gonzaga where you make the tournament 21 consecutive years, I really was looking forward to putting my stamp and my mark on Gonzaga," said Gilder. "It was really a bummer. It’s like everything was set in place for us to make a national championship run."

It was a tough scene in the locker room on Thursday, March 12th, which feels like an eternity ago.

"It was just so sentimental because you heard guys give out their emotions. Tillie crying, Joel crying, the disappointment you saw from Corey, Filip, and Ryan. It was just an emotional day," Gilder said.

The idea has been floated that perhaps winter sports seniors could be able to come back and play another year.

Would Admon do that?

"I think I would take it. Just because like Filip says, he’s my roommate when we travel on the road, it’s like unfinished business. I feel like we have something to reach for, but at the end of the day I know that this is just life and it may not be in my will to be able to come back and play on the team," he said.

So if this is Admon’s last go at GU, he has a message for the community:

"GU, thank you. Coach Few, thank you. The entire coaching staff, thank you for the fans, the community. I really appreciate you guys welcoming me to Spokane and Gonzaga with welcome arms. I had an amazing experience while I’ve been at GU. Really able to accomplish so many team goals, individual goals. I’m always going to look at Spokane as another home for me. I wish you guys luck for next year and I know I’ll always be a Zag. Thank you Zag Nation."