As far as our research can tell, the Gonzaga women have never landed a five-star recruit until Salenbien's commitment. 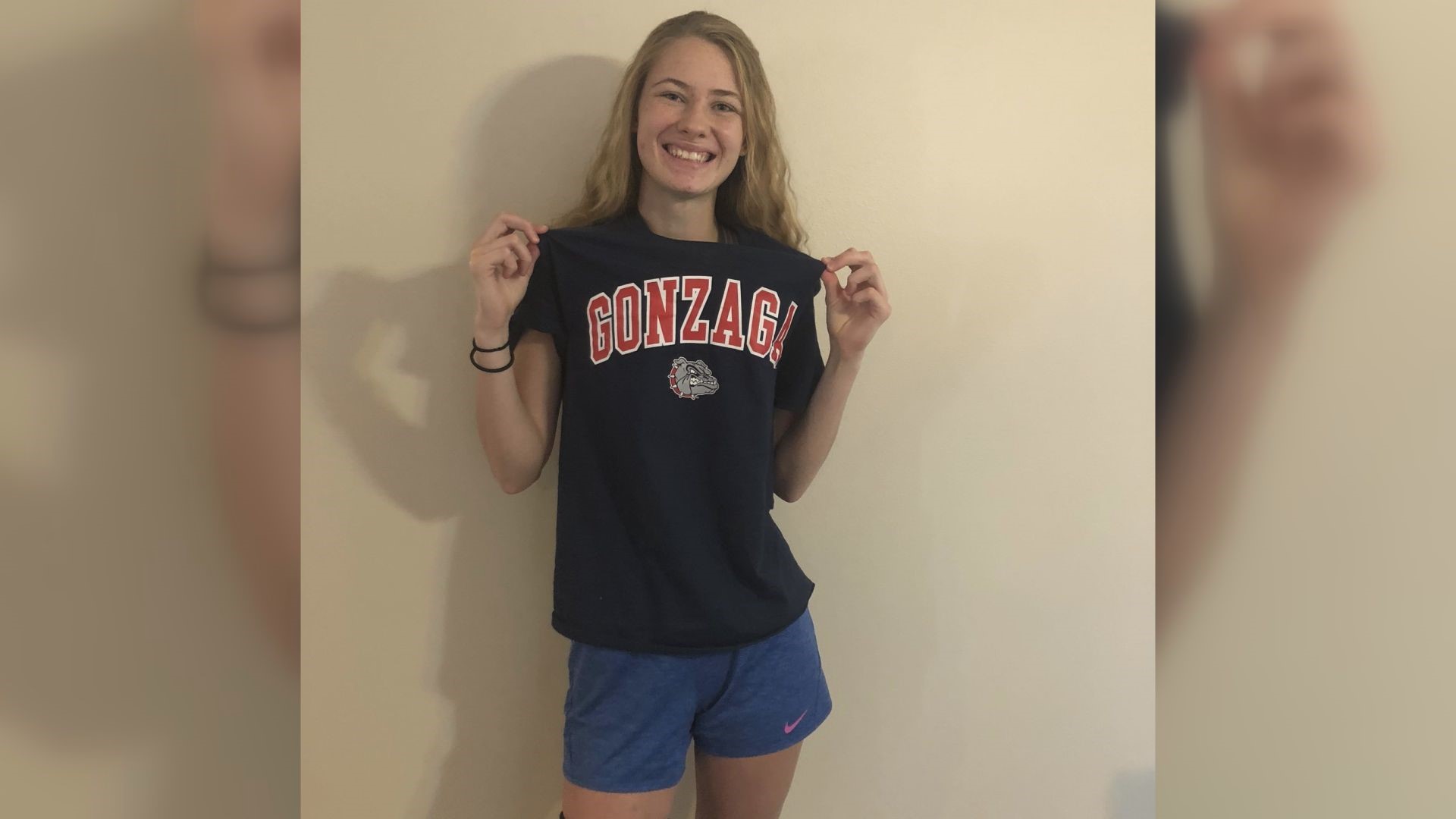 SPOKANE, Wash. — The Gonzaga men’s basketball team has only gotten a handful of five-star recruits over the years.

As far as our research can tell, the Gonzaga women have never landed a five-star recruit.

That changed on Tuesday.

"The past week has been the dead period so nobody was allowed to talk to me so that kind of helped make me realize what I wanted," reflected five-star wing Bree Salenbein.

Ironically, it was Gonzaga not being able to talk to Salenbein that helped her determine her college decision.

The Zags offered ESPN’s No. 32 ranked player in the Class of 2021 in January of 2019, and have stayed in constant contact ever since. It made a big impression on the 6’3" wing.

Like many recruits, Salenbein was not able to go on an official visit at Gonzaga due to the Coronavirus. The staff did do something unique for her during her virtual tour though, which helped seal the deal.

"They got a video together of all the girls answering some questions I had so that was really cool and really special," said Gonzaga's fourth commit in the class of 2021. "Nobody else did that."

The staff was able to visit the Michigan native in early March right before the coronavirus pandemic broke out. Salenbein had just torn her ACL, and yet staff still decided to make the trip.

"Just them standing by meant a lot and then coming out even when I had the injury," said Salenbein, who expects to recover from her injury and play at some point her senior season. "It didn’t really matter for them."

The junior still has another year of high school, but what can you expect from her when she suits up for the Zags?

"I would say I'm very versatile. I’ve been told that a lot. I think that’s one of the highlights of my game. I love shooting the three, everybody does. I know in high school I can post up or take someone off the dribble so that’s definitely one of the biggest things."