Gonzaga President Thayne McCulloh said he brings the rings to NCAA Tournament appearances for good luck and to spark conversation. 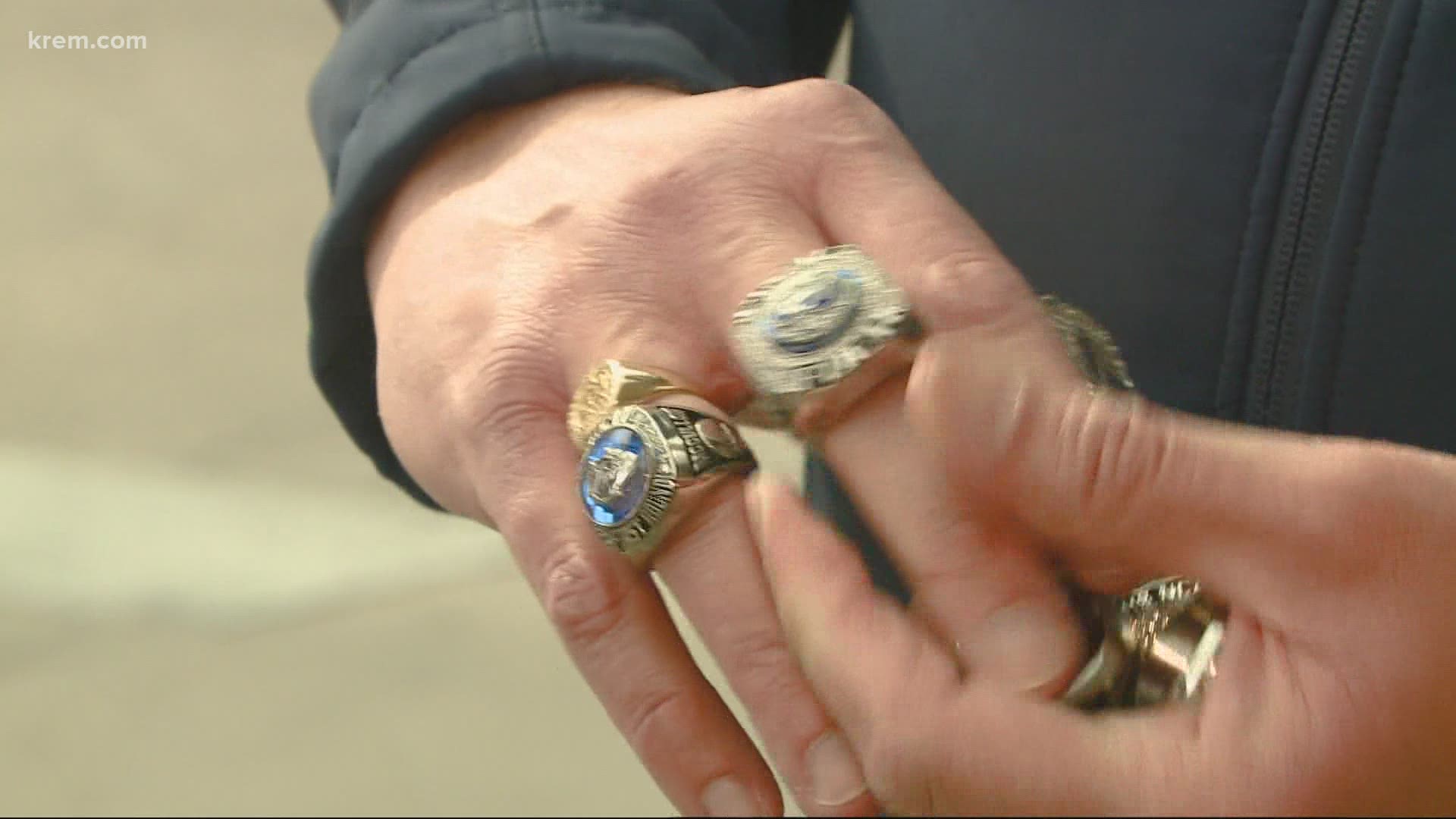 INDIANAPOLIS — Between conference titles and deep tournament runs, Gonzaga University President Thayne McCulloh has plenty of hardware — including his ring from the last and only other time the men's basketball team went to the Final Four in 2017.

The #1 Zags will take on #11 UCLA in the Final Four on Saturday, April 3 after an impressive win over the University of Southern California on Tuesday. The game will tip off at 5:34 p.m. PT on KREM 2.

McCulloh said he brings the rings to NCAA Tournament appearances for good luck and to spark conversation. There's definitely a lot to talk about this year as the Zags have been rolling through the NCAA Tournament, winning their first four games by an average of 24 points.

If the Zags win two more games, they'll become the first national championship team to go undefeated since the Hoosiers of Indiana did so 45 years ago.

"It's a remarkable experience to be a part of and I'm just grateful that we have a chance to do this, and to see them advance as they have this year," McCulloh said.

Interviewed Gonzaga President, Thayne McCulloh, this morning and he let me hold some of the hardware. Both of these rings are from the 2017 season when GU played for the national title. He’s hoping to add to his collection. pic.twitter.com/128EloNuvg

The team's continued success on the court has been a catalyst for the university's success. Since Gonzaga's Cinderella run in 1999, enrollment has increased more than 80% and the budget has more than doubled. The school built a new basketball arena, baseball complex and the multi-million-dollar student center.

"Well, without question, I think the university has benefited from the profile and media coverage of basketball at the national level has created for us," McCulloh said.

In fact, the school's population grew so quickly they had to house students in hotels while more dorms where built.

President McCulloh points out that basketball isn't the school's sole driver; its academic programs and mission attract a lot of attention, too. But having one the nation's top teams has undoubtedly helped Gonzaga grow.

"As a result, we have seen growing and growing interest from across the country and around the world in what we do as a university. It's been great," he added.

As for all of his rings, McCulloh is hoping to add to the collection in 2021.