“My four years at Gonzaga have been unforgettable and some of the most special times in my life," Gonzaga men's basketball guard Joel Ayayi said. 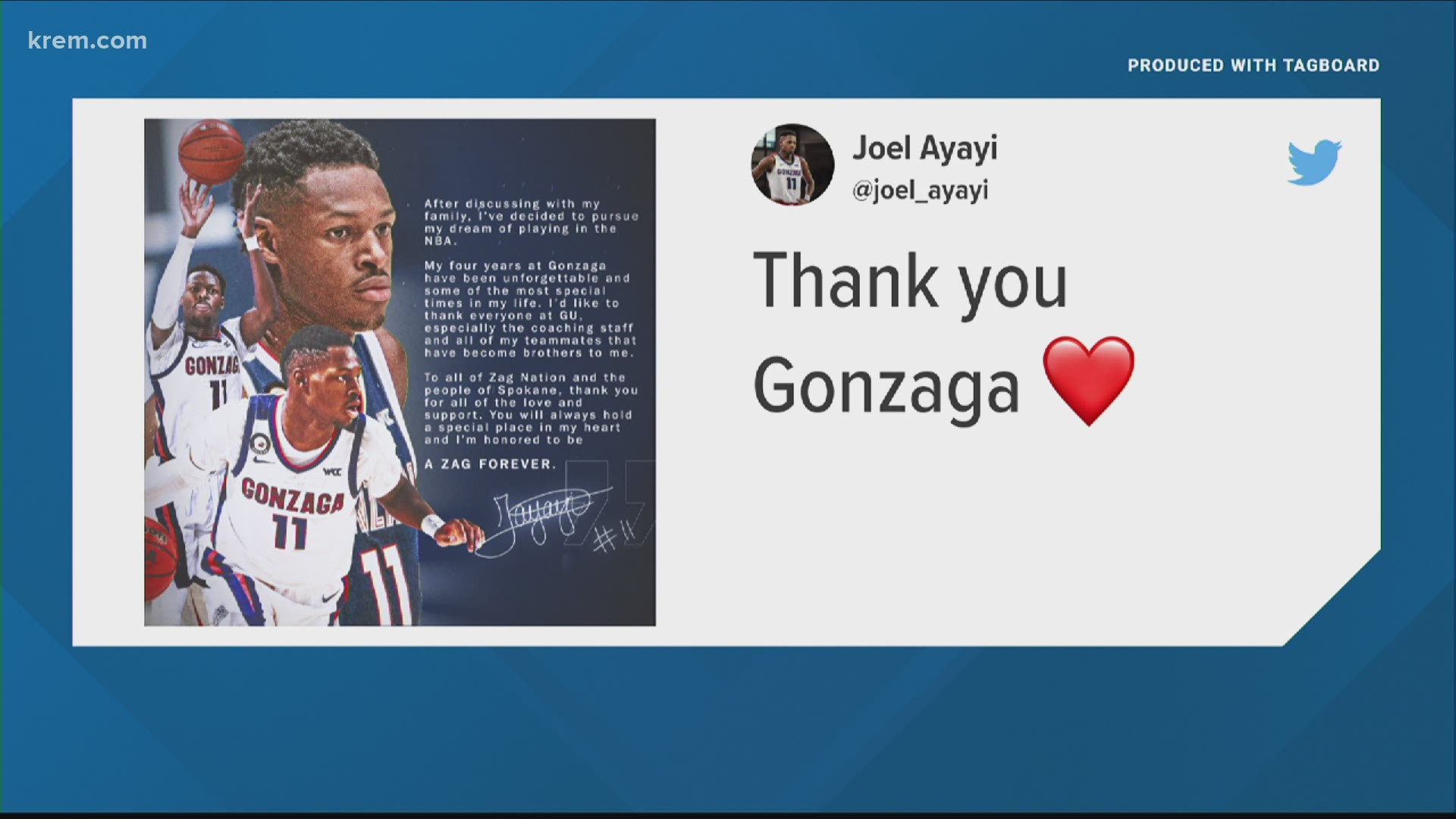 SPOKANE, Wash. — Gonzaga guard Joel Ayayi announced on Friday that he will forgo his senior season and has declared for the NBA Draft.

This was an expected move after his season with the Bulldogs. He averaged 12 points per game on 57.5 percent shooting from the field. He shot 38.9 percent from three point range.

Ayayi also averaged 6.9 rebounds per game, which is the most every by a Gonzaga guard in a season. He had the program's first triple-double on Jan. 9 on the road against Portland with 12 points, 13 rebounds and 14 assists.

“After discussing with my family, I’ve decided to pursue my dream of playing in the NBA,” Ayayi said. “My four years at Gonzaga have been unforgettable and some of the most special times in my life. I’d like to thank everyone at GU, especially the coaching staff, and all of my teammates that have become brothers to me. To all of Zag Nation and the people of Spokane, thank you for all of the love and support. You will always hold a special place in my heart and I’m honored to be a Zag forever.”

Ayayi is projected to go late first round or in the second round on NBA Draft boards. The draft will take place on July 29.