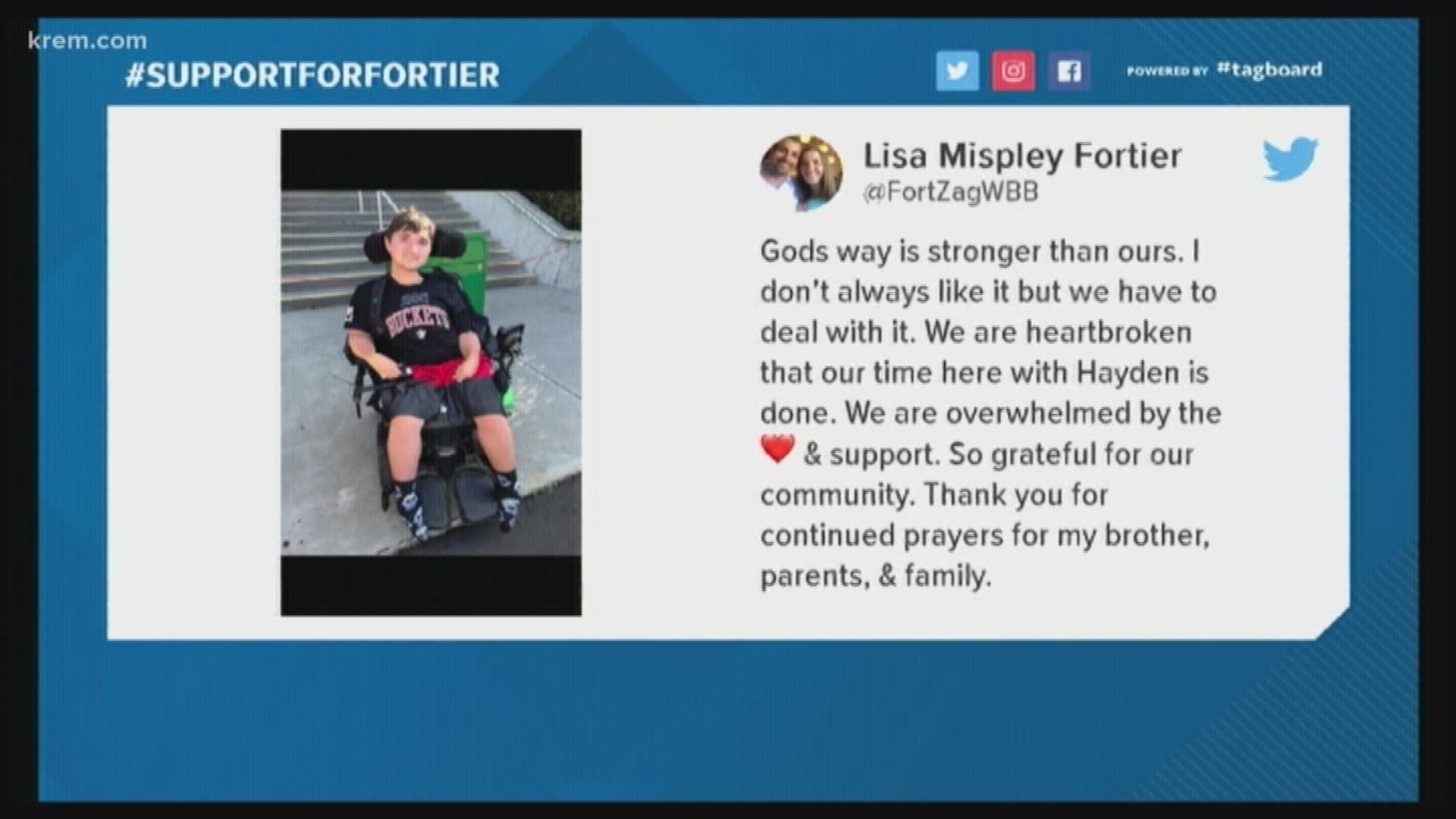 SPOKANE, Wash. — The head coach of the Gonzaga women’s basketball team is mourning the loss of her brother after his passing on Wednesday morning.

Lisa Fortier left the WCC Title game in the fourth quarter on Tuesday after being pulled aside by Athletic Director Mike Roth, according to KREM Sports Director Brenna Greene.

Fortier spoke out about the loss for the first time on Twitter.

"Gods [sic] way is stronger than ours. I don’t always like it but we have to deal with it. We are heartbroken that our time here with Hayden is done. We are overwhelmed by the love & support. So grateful for our community. Thank you for continued prayers for my brother, parents, & family," she wrote.

College women's basketball coaches are rallying around the Fortier family. Many of them are taking to Twitter to share their thoughts and prayers.

During the game, school officials said there was a family emergency. The family did not want Fortier to know about the emergency until the game was over, so she could coach the game, Greene said. The family later decided to tell her midway through the game.

Gonzaga University President Thayne McCulloh asked that fans to keep Fortier, her parents and family members in your thoughts and prayers.

"It is with deep sadness that I share with you that Hayden Mispley, brother of Lisa Fortier (Head Coach, Women’s Basketball), passed away early this morning due to complications from Muscular Dystrophy.  Please keep Lisa, her parents and family members in your thoughts and prayers during this difficult time," McCulloh's full statement reads. 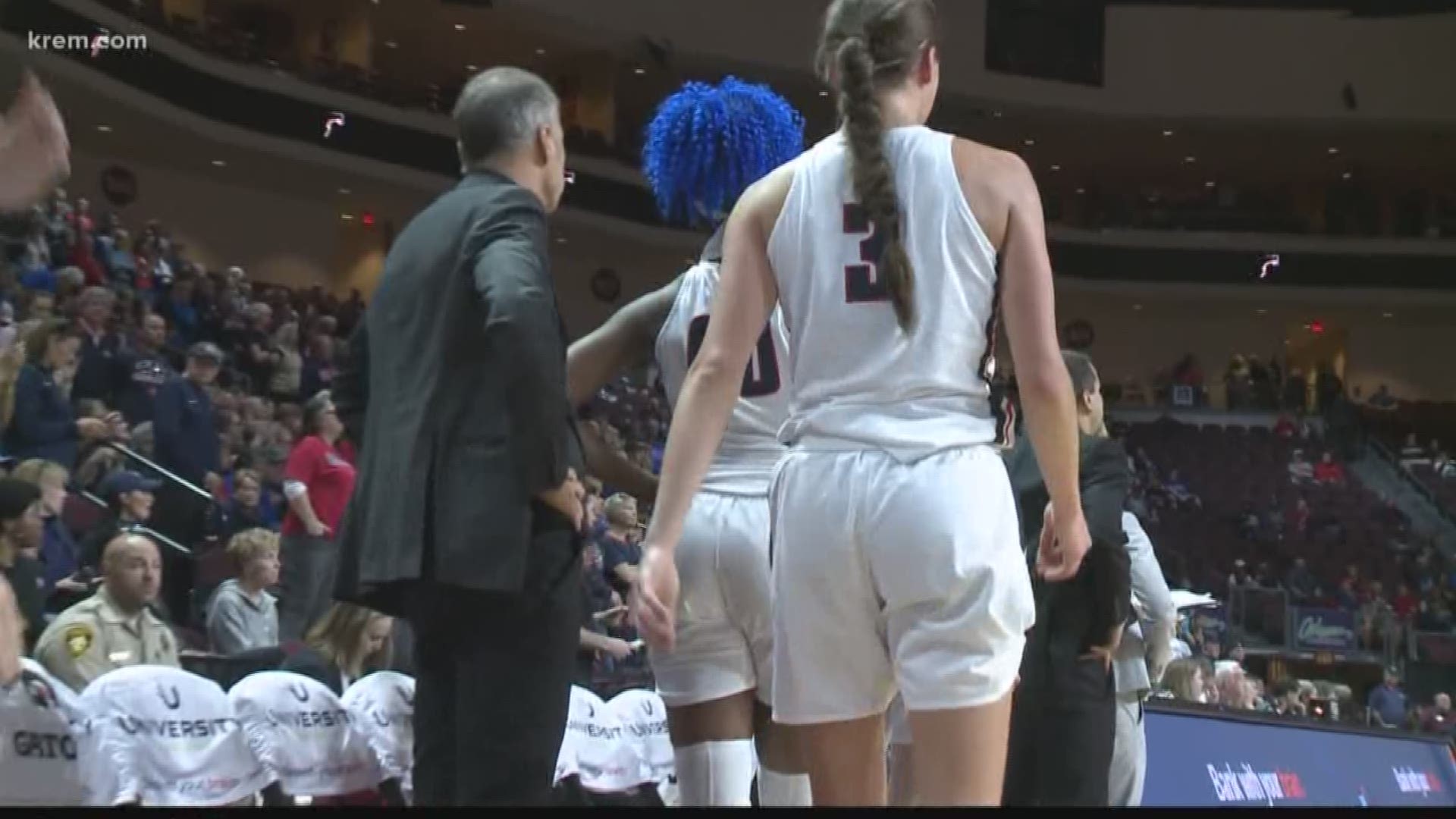