'He checks all the boxes': Getting to know potential Zag Chaundee Brown

The transfer guard announced that Gonzaga was in his top four schools this past weekend. 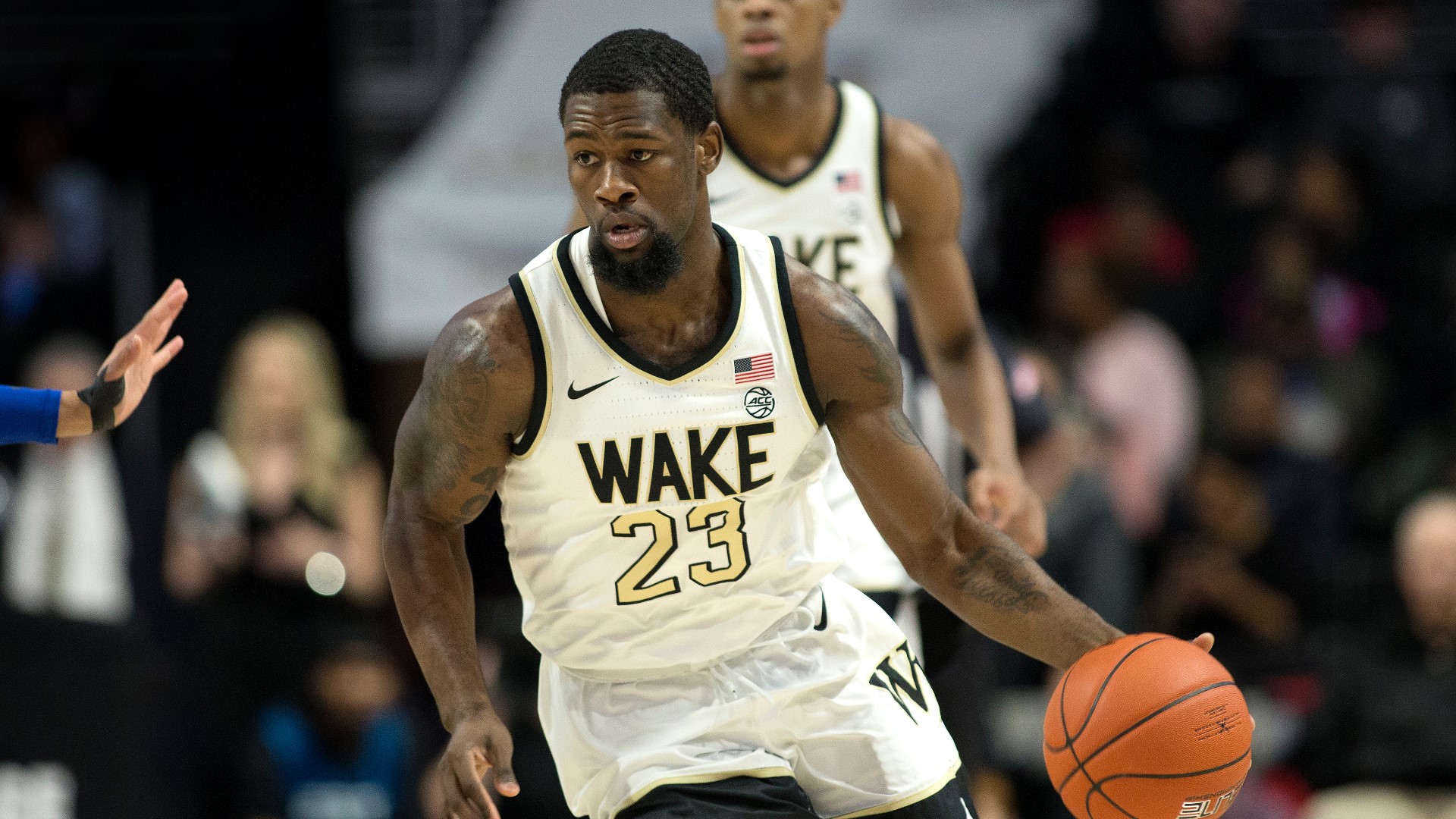 SPOKANE, Wash. — Gonzaga currently has one scholarship left to give out for next season, and over the weekend it became clear they are pursuing a player in the transfer portal for that final spot. That player is Wake Forest’s Chaundee Brown.

Chaundee is deciding between LSU, Illinois, Iowa State, and Gonzaga. The guard would not be a grad transfer, but rather have to sit out a year due to NCAA rules. According to Johns, he is hoping for a waiver to allow him to play next season, especially since Wake Forest’s head coach got fired.

When you hear about his character, it’s not hard to realize why Gonzaga is recruiting Brown. Then you hear about the physical attributes of the 6’5" guard who averaged 12.1 points and 6.5 rebounds during the 2019-2020 season.

"Chandee Brown is a physically gifted athlete who has the ability to put the ball on the court and get to the rim pretty much anytime he decides to be strong and athletic," said Johns. "He's one of the most physically fit Wake Forest players I've seen in my seven years covering the Deacs. He mixes that with the ability to shoot from the perimeter when left open. He's got multiple skills, and he can threaten you from long distance on the drive or with the pull up. He's a very skilled multi-talented athlete, especially on the offensive end."

Les Johns mentioned in that last quote that Brown has the ability to get to the rim anytime he decides to be strong and athletic. That’s the key for Brown to take his game to the next level, according to Johns.

"I think there are times that he waits for the game to come to him. He's kind of a consummate teammate, and there are times he probably doesn't recognize just how physically dominant he can be," Johns said. "He’s an 80% free throw shooter, so him driving to the bucket and getting to the line was a winning strategy both for Chandee Brown and for Wake Forest basketball."

Johns said that Chaundee checks all the boxes.But In terms of what Brown is looking for, it seems like Gonzaga would check all the boxes.

"I talked to Chaundee just a couple days ago. It seems like his decision making process is purely trying to find the best spot for him socially, academically, and on the basketball court," said Johns. "He wants a place where he can win. He wants to be on a winning team. He wants to have a chance to play for conference championships. He wants a chance to be able to play in the NCAA Tournament. Obviously, those things are probably lacking for him in the current environment Wake Forest."