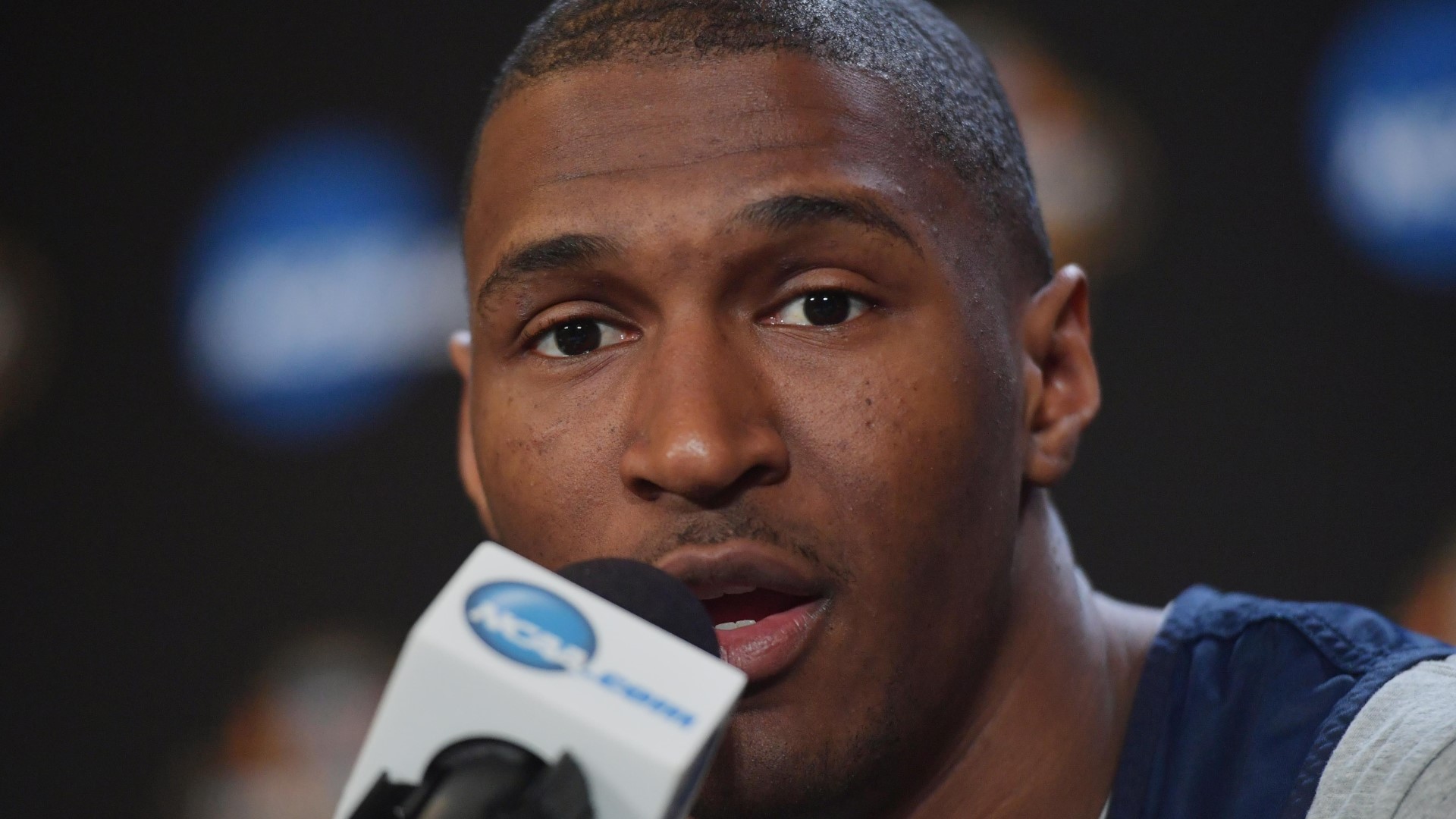 "My last day, I knew it was really bad because I went to the grocery store and you could hear yourself on the cobblestones for blocks," recalled Mathews. "Nobody else is around."

Gonzaga's hero from the West Virginia game went overseas post college and this year was playing pro ball in Italy. That’s where he found himself in the epicenter of a silent, but deadly, storm.

'It’s not that serious, but we’re going to make it a yellow zone.'

'It’s not that serious but we’re going to make it a red zone.'

'Okay, you can’t leave.' That was the progression."

Jordan Mathews witnessed the progression of the Coronavirus unlike almost anyone else in the US.

"I just heard our game was being canceled. Our first game. I was like, 'Okay, it’ll blow over, we’re supposed to play Venice, they’ll delay it a week. It’ll be back to normal.' Then the day we were supposed to play our game against Cantu, they canceled that too. That’s when I knew it was becoming something that was spreading out of control. They would never cancel games in Italy. Under any circumstance, they would never cancel games. So for them to cancel it, it became really bad. Our city was actually the worst," he said.

Cremona, where Jordan lived, currently has the fourth most cases of any city in Italy.

The top five cities for cases all reside the region Cremona is in, Lombardia.

"My phone wouldn’t show up the news in English. Because I was in Italy, it would be in Italian. I kept on seeing Cremona, Cremona, Cremona and I was like, 'Uh, okay.' Then I come over here and it’s like Cremona is, like, bad."

But being in Italy was only the beginning of the story.

Mathews had to get back to the states.

His flight was just a few hours after Trump announced the European travel ban.

"My flight from Frankfurt, Germany to LA wasn’t full at all, it was like 30% full," said Mathews of when he first booked his flight. "Then a couple hours later I checked again and it was like 100% full," he said.

Getting back has also been weird for him. It’s been a bit of a déjà vu experience.

"I feel like I’m living everything twice. The US is just two weeks behind here. We were in quarantine and lock down right before I left," said the former Gonzaga guard. "I didn’t leave the house for five days."

Jordan is definitely thankful to be back home, but that doesn’t stop him from missing what he left.

"Do I miss it? Yeah. A lot," Jordan said with a sad tone. "It’s only been a week too, but I do miss it. I miss just being around the team. I miss our games. The games are so fun. They’re crazy. Just the competitive level of the league is really fun so I miss it a lot."