This story was shot before the Coronavirus pandemic suspended all athletic events, and we hope it can make you smile. 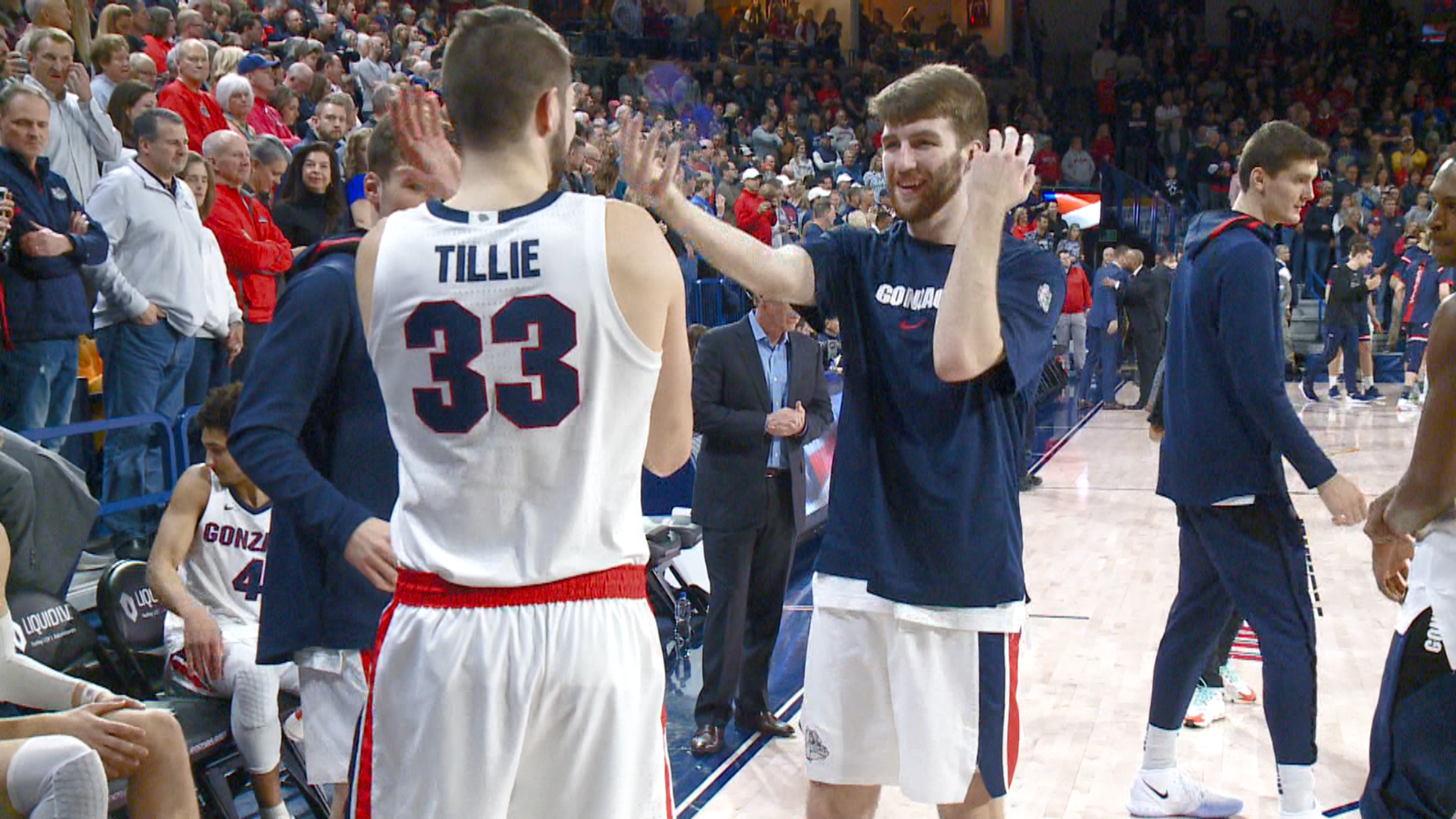 SPOKANE, Wash. — Editor's note: Thursday Gonzaga was supposed to play their first game in the NCAA Tournament. That, unfortunately, is not happening. Here is a fun piece we were planning on airing during Gonzaga's tournament run. It was shot before the Coronavirus pandemic suspended all athletic events. We hope it can make you smile, and we hope Drew can continue his handshake shenanigans soon.

There is no one on Gonzaga's basketball team more committed to their handshake game than freshman Drew Timme.

"I think they just kind of happen," said Timme, who has a handshake with every teammate. "Sometimes they happen as accidents and then me and the guy are like, 'We kind of like that, let's keep doing that and make it our thing.'"

It's not just teammates. Timme also has a bit of a different kind of handshake with Mark Few.

"I think when I first did it he was in shock," said Timme of the first time he chest bumped Few pregame. "I think I did it in the Bahamas first. I had a good game, and I was like I'll just keep doing it then."

"I just feel like he likes the fire," said Timme with a laugh. "He's always so serious before the games and high-fiving really stiff so it loosens up a little bit. I just think it's a little thing I can do."

"I love it. I think it's funny. I think it's good to de-stress especially on the court because sometimes it just gets a lot of high energy stuff. I think it's just fun and relaxing so I enjoy it too."

Watch the video above to see all of Drew's handshakes with his teammates, and his chest bump with Mark Few.