The 2019 NCAA Tournament brackets are closed and many politicians have taken to twitter to show their predictions on how far the Zags will go. 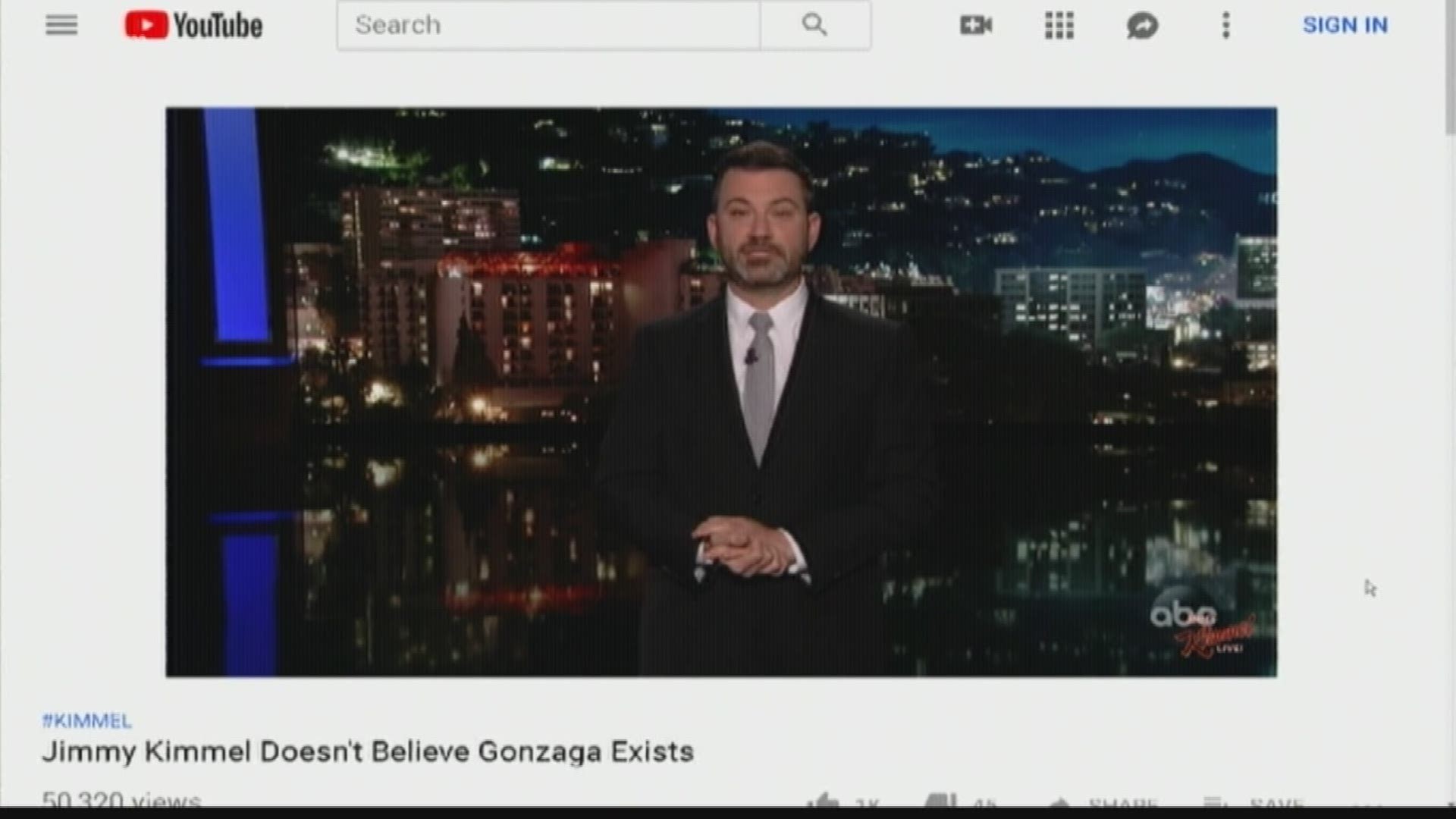 SPOKANE, Wash. — Politicians are weighing in on how they think the Gonzaga Men's Basketball team will fare in the 2019 NCAA Tournament.

Talk show host Jimmy Kimmel led the way of choosing Gonzaga to win it all during his opening monologue on Jimmy Kimmel Live!. He questioned if GU is a real place but still chose the Zags to win.

Attorney General Bob Ferguson was visiting the Gonzaga Law School Friday where he made a video with the law students.

In the video, Ferguson, the Dean of the Gonzaga Law School Jacob Rooksby and a group of law student took an oath swearing they are "real students with real student debt."

\Washington State Gov. Jay Inslee is sending his support to both Washington schools in the tournament, putting the University of Washington and GU in the National Championship. He ultimately has the Huskies beating the Zags.

Inslee also tweeted that all Washingtonians are rooting for the two teams.

Idaho State Gov. Brad Little shared that, since there are no Idaho teams in the NCAA tournament, he will be rooting for the Zags to go all the way. Gov. Little has a lot of Zags spirit in his office, with three GU alumni working for him.

Former U.S. President Barack Obama, known for creating a NCAA tournament bracket every year, shared his bracket on twitter. He has Duke winning, with the Zags only making it to the Sweet Sixteen and losing to Florida State.

The Zags will face Farleigh Dickinson in the first round of the NCAA Tournament on Thursday afternoon in Salt Lake City, Utah. Fans can catch the game at 4:27 p.m. on truTV.

RELATED: Gonzaga to face Fairleigh Dickinson in first round of NCAA Tournament