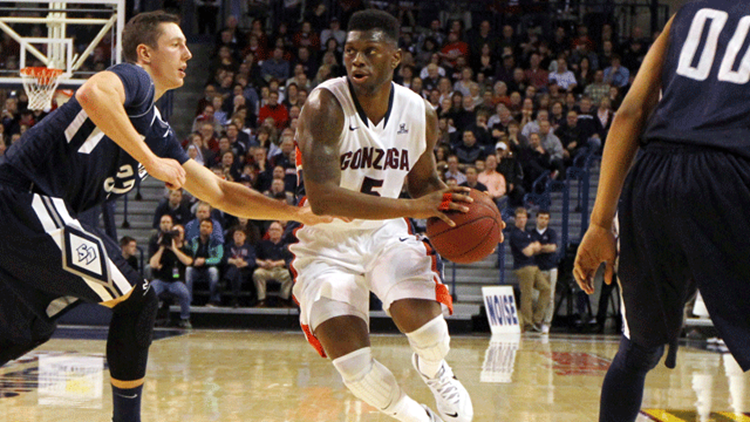 SPOKANE, Wash. — Gonzaga men's basketball announced on Monday that former guard Gary Bell Jr. will be joining the team as a graduate assistant next season.

Bell Jr. is making his return to Gonzaga after a standout career from 2011 to 2015. During that time, he was named the West Coast Conference Player of the Year and second team all-conference in 2015.

The Washington native also nabbed an honorable mention All-WCC title in 2013 and was named to the league All-Freshman team in 2012.

Bell scored 1,291 points in his time at Gonzaga. He ranks eighth in program history with 219 made three-pointers.

Bell was playing professional basketball overseas before returning to Gonzaga.

The team also announced Jorge Sanz will be a video coordinator for the team this season. Sanz is also a graduate assistant.