"My stomach kind of dropped": Gage Gubrud speaks out about season-ending injury

For weeks, the Eagles were hopeful that Gage Gubrud would recover from his injury quickly, but when Gubrud discovered he needed surgery, he knew it was time to hang up the jersey. 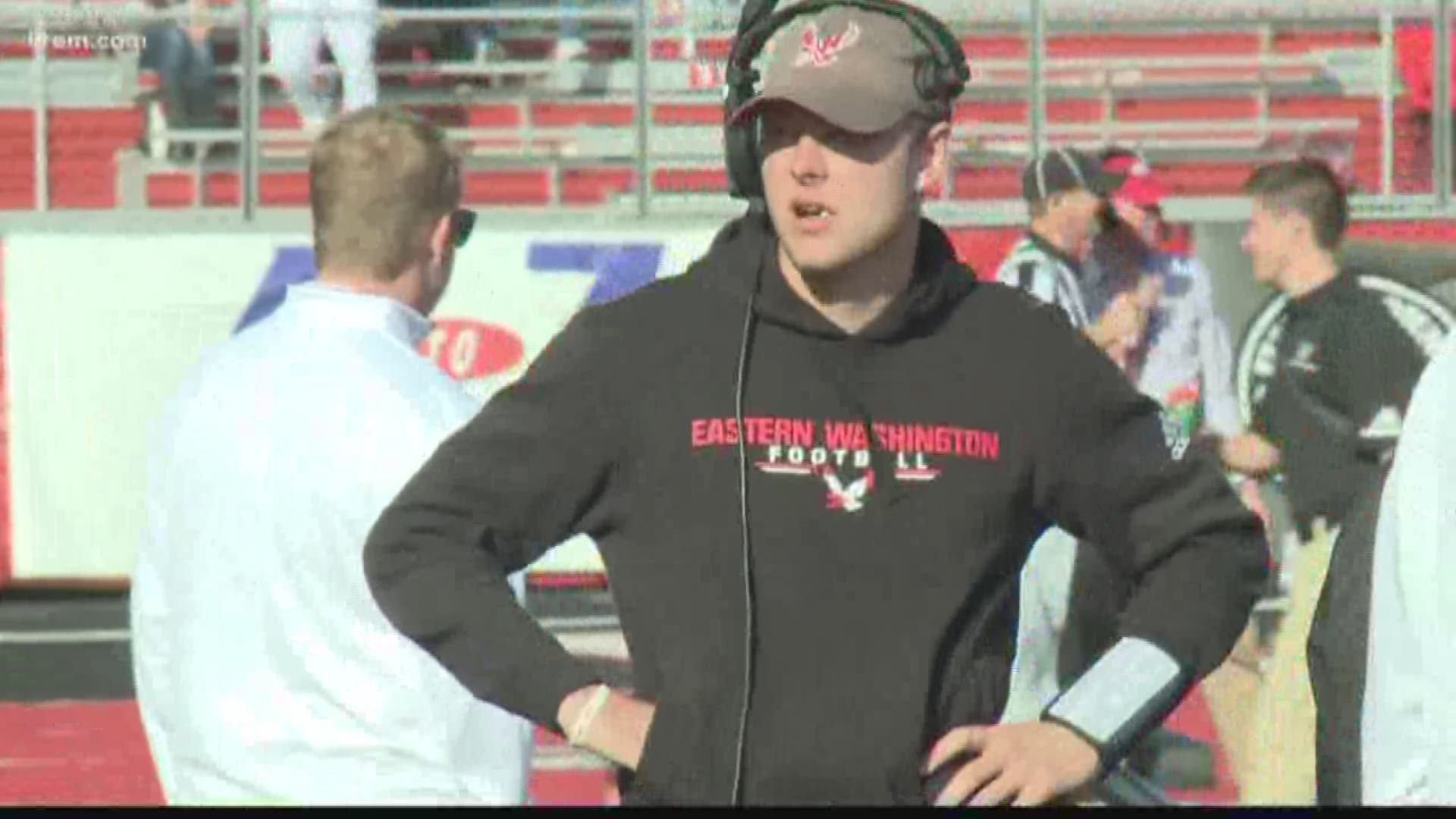 CHENEY, Wash. — The realization that Eastern Washington quarterback Gage Gubrud's career at EWU was over because of a toe injury didn't sit well with the senior at first.

"My stomach kind of dropped, not going to lie," Gubrud said on Tuesday.

For weeks, the Eagles were hopeful that Gubrud would recover from his injury quickly, but when Gubrud discovered he needed surgery, he knew it was time to hang up the jersey.

"It wasn't the best feeling ever," Gubrud said. "But I talked to more people and got a second opinion and all that stuff, kind of figured out, OK, this is what I need to do. This is what's going to be best for me and for the team in general too."

Having Gubrud out of the starting line up was a moment the Eagles were not quite ready for. Head coach Aaron Best said hearing that Gubrud's career at Eastern Washington was over was an emotional moment.

Best went on to say that the Eagles "thank him whole-heartedly, tremendously ... he's a better person than he is a player if you can believe that. We tend to produce over the years a lot of those guys. So we're proud to have him, we're proud to continue to have him and we're proud to call him a grad here."

Thought this @CoachBestEWU quote today about @Gagegubs was pretty poignant as well. You can tell how much Best cares about him. pic.twitter.com/9GSiN3cehb

Best announced redshirt sophomore Eric Barriere as the team's top quarterback for the remainder of the season following EWU's win over Idaho on Saturday.

Barriere had some experience with starting last year and he has appeared in seven games this season. As of Tuesday, Barriere has started in three games this season following Gubrud's injury in a win against Montana State. He's gone 2-1 this season as a starter, with the loss coming against Weber State.

"You watch that guy play and the speed that he plays with is really impressive," Gubrud said of Barriere. "He goes out there and he doesn't have to even know what kind of defense he's going to face. He's going to go out there and drop back and throw the ball 70 yards down the field and make those 80-yard touchdown runs that you see him do. ... He's an electric player."