Participants can join Bloomsday from anywhere in the world, which is one of the benefits of an altered race. 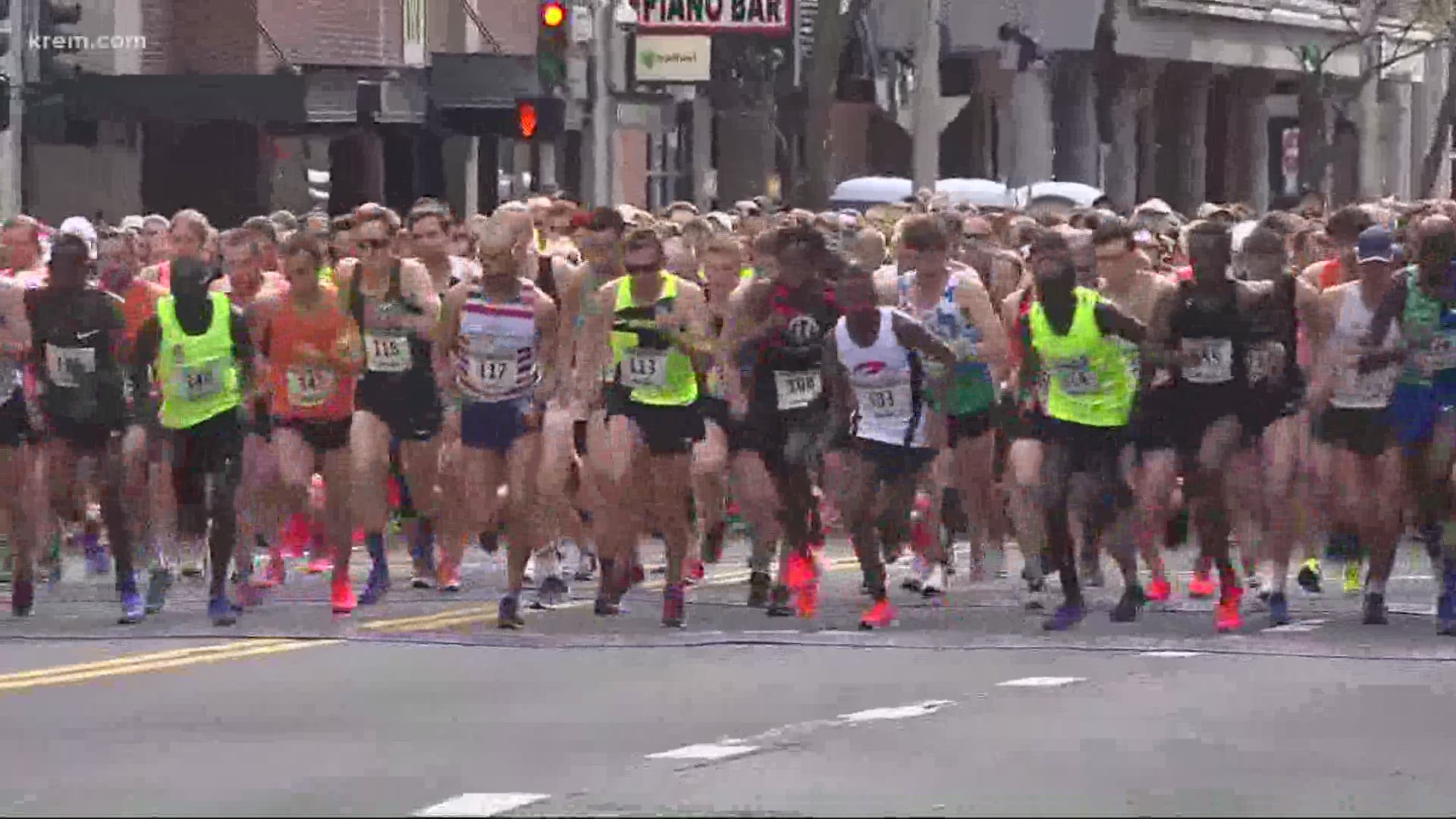 SPOKANE, Wash. — Wednesday marks the last day of registration for this year's Virtual Bloomsday, which is the first time the event has been run virtually.

The annual event was postponed from its normal date in May because of the coronavirus, and now runners across the city are preparing for a September run around the city

More than 18,000 people are registered for a virtual race, and they’re still happy to be representing Bloomsday.

“Being born and raised here in Spokane, I think Bloomsday is pretty special to the city,” explained Dustin Davis.

Some participants like Travis Frank even qualified for runs like the Boston Marathon that have been canceled because of the coronavirus.

“This race has a bigger turnout than most marathons do,” he explained.

What makes Bloomsday special isn’t just the competitive course set up for runners, but it’s a family event that almost everyone in Spokane seems to enjoy.

RELATED: Wednesday is the deadline to register for virtual Bloomsday: What you need to know

“I’m not sure there’s a lot of races that have people handing out hot dogs at the top of Doomsday Hill," laughed Kelly Brown. “I mean, I never partake in them, but it always makes you laugh or someone handing out donuts.”

Wednesday is the last day to register for this year's virtual race. It’s only a $25 entry fee that comes with the official Bloomsday T-shirt, and you’ll even get a coupon to a local grocery store.

“I love Spokane, I love its big events,” said Spokane Be Running founder Brennon Poynor. “I love that we have one of the biggest timed road races in the world.”

Participants can join Bloomsday from anywhere in the world, which is one of the benefits of an altered race. Between September 18 - 20, people can their course, then finish times can be submitted to the Bloomsday website.

“With everything going on this year, everybody has had to adapt. We’ve all had to learn how to do things differently,” Wikle said

“We can’t do it the same way we’ve always done it but we can still get out there," Poynor added. “We can still run and we can take part of this important community event.”