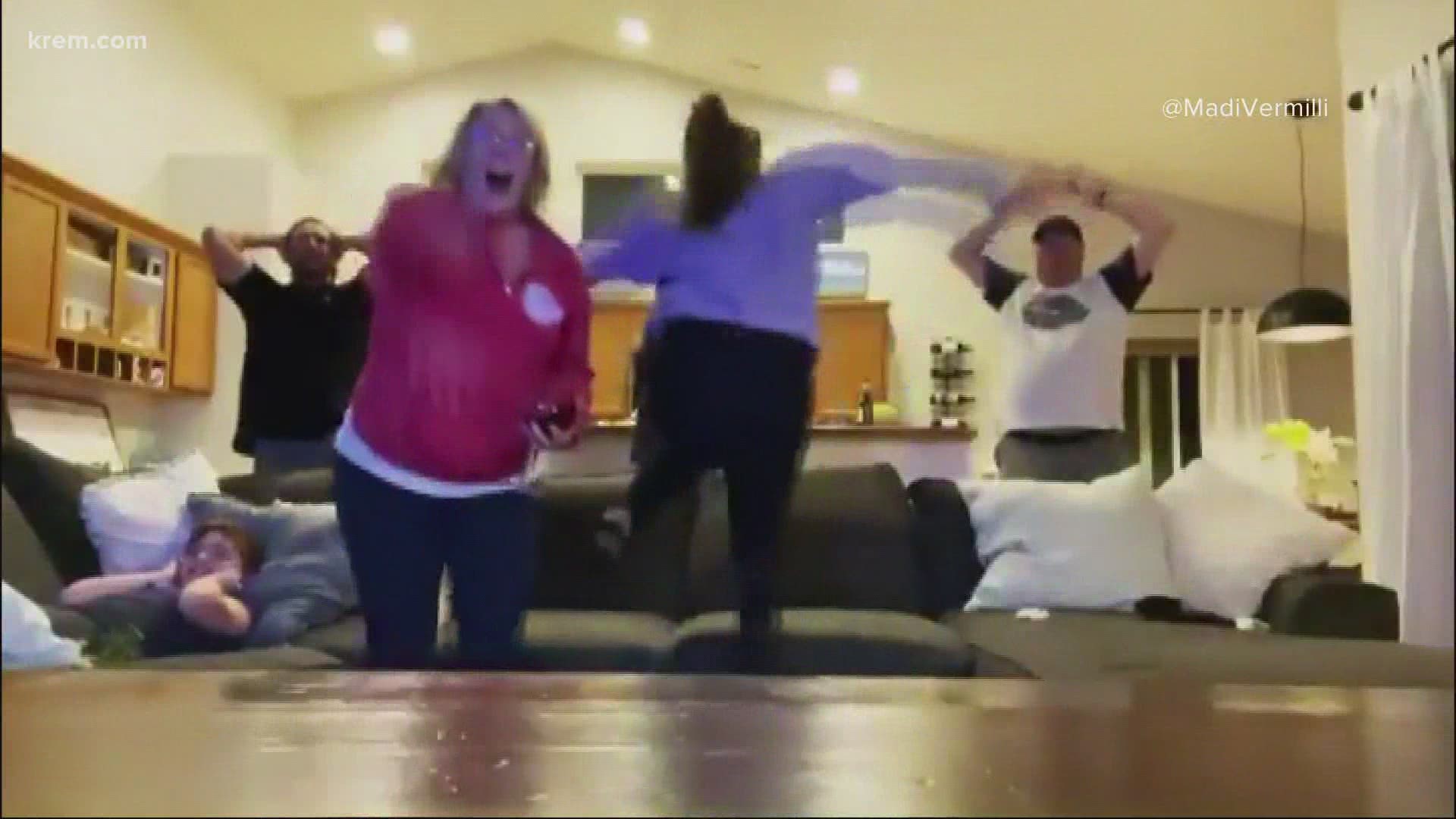 INDIANAPOLIS — Gonzaga men's basketball secured their spot in the national championship game in the most thrilling way possible.

Bulldogs guard Jalen Suggs sunk a near half-court heave at the buzzer in overtime to give the Zags a 93-90 win over UCLA in the Final Four.

Many fans were absolutely thrilled and in shock of the biggest shot in Gonzaga history. The video above is some of the reactions to the iconic NCAA Tournament moment that had the whole country talking.

The Zags will play Baylor in the national championship on Monday, April 5 at 6:30 p.m. The game will be televised on KREM.