EWU Interim President to give recommendation on division status Friday

EWU Interim President David May will make his recommendation about the Eagles' conference/division status moving forward to the Board of Trustees on Friday. 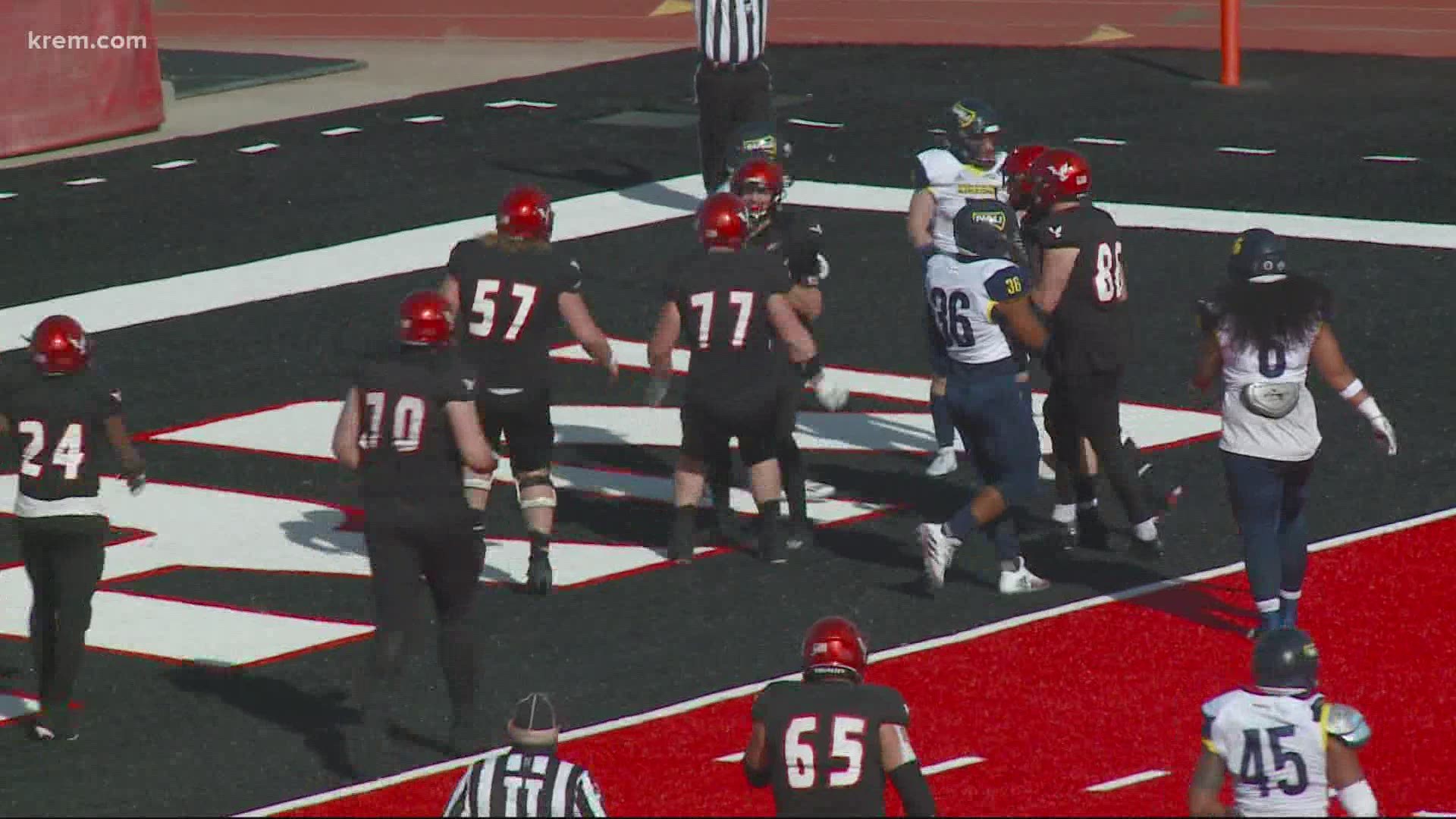 Eastern Washington University Interim President David May will give his recommendation on whether the university should stay in Division I or choose a different division/conference on Friday.

Due to financial constraints, EWU will have to decide between four options.

Here is a summary of each option according to the PICTOR Group's final report.

If EWU remains in their current conference, they would have to cut athletic funding elsewhere. According to the report, they would need to invest more money into the the department and find more aggressive ways to generate revenue or they could select which sports to allocate the majority of their funding to, then fund other teams as if they were Division III.

Reclassify to NCAA Division I Subdivision

If EWU reclassified to a Division I subdivision, they would be forced to drop football and add a different sport. If the WAC subdivision agrees to take on EWU, there would be a possibility they could continue to sponsor football. The WAC only has three teams that currently compete in football.

The Reclassification of the EWU athletics program to NCAA Division II would require membership acceptance into a Division II conference and a transition period of several years. The transition to Division II could allow Eastern to keep the football program. It would also involve membership application along with entry fees when accepted into the new conference, notification to the Big Sky Conference, and the expiration of some student-athlete scholarships to meet Division II requirements.

The report states that this transfer would be highly unusual. They also said the acceptance of a successful Division I institution into Division III membership could be very challenging and would involve a process of at least three years.

According to a press release from EWU, the recommendation from May will address the future of the program, including conference/division status and the best path forward.

The EWU Board of Trustees meetings will be held on Zoom on Thursday from 12 p.m. to 5 p.m. and again on Friday from 8 a.m. to 3 p.m. The BOT will make the final decision on their next steps in June.

In addition to the conference change recommendation, there will also be a first reading of the board's 2021-23 budget Friday morning, which won’t be approved until the board’s meeting on June 24.