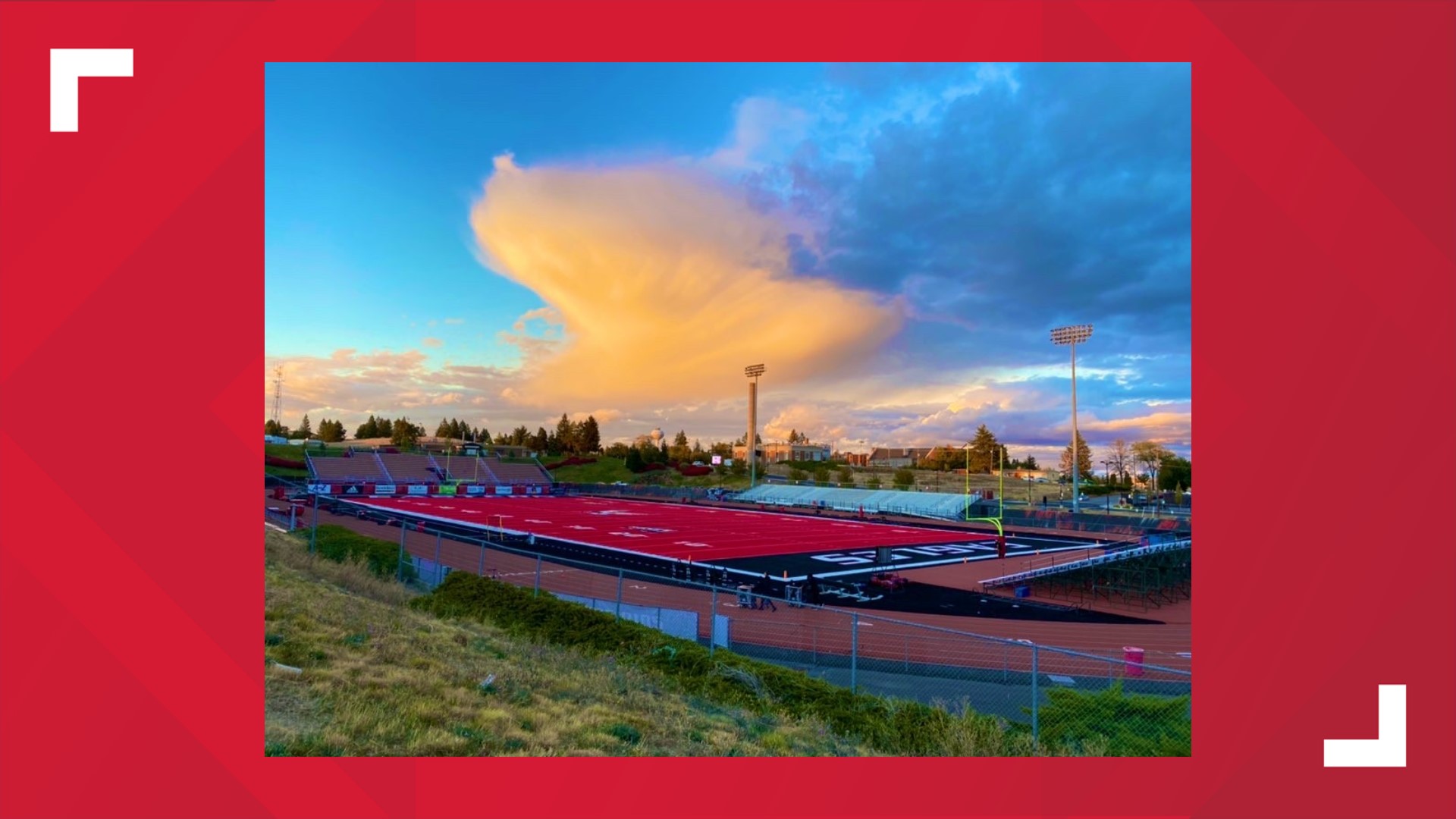 CHENEY, Wash. — The #6 ranked Eastern Washington Eagles have a huge matchup this Saturday against #4 Montana.

This is obviously a huge deal for Eastern as they get to show off their field for all of the United States to see. Head Coach Aaron Best isn’t downplaying what this moment could do for his program and his school.

“For our kids to have their parents watching this game on national television, you can’t ask for something better,” said Best. “That means you’re doing something right, and you’ve been doing something right for a long time. These kids have earned it. Nothing’s deserved. Everything’s earned. They’ve earned this right to shine in this moment on this stage. We’re going to reach potentially a million homes and the most awesome thing is they get to see this logo.”

Both of these teams come into this game undefeated and both schools have beaten FBS teams.

“No one would’ve talked about this game had we both been winless going into this game. Is it pressure? If you’re prepared, you don’t panic. I do know that. We’ve both done a good job of both clubs to get to this point,” said Best.

“It’s good for the conference and good for FCS. I felt like at the beginning of the season that if we handled our business and Montana handled their business, this could possibly really be a match up. We obviously did what we were supposed to do, so I’m excited,” said quarterback Eric Barriere.

If we’re looking at the biggest storyline from this contest, it’s got to be Eastern’s offense vs. Montana’s defense.

“We’ve got to score more. At the end of the day, it doesn’t matter if you score 32 and lose by 2 or you score 14 and win by 2. You’ve got to be opportunistic,” said Best. “You’ve got to fly around and you’ve got to protect home field advantage. At the end of the day, if we want to call ourselves champions, we have to win at home. By no way, shape, or form do we expect perfection, but every week we are chasing it, day in and day out. We feel like we’re in the pretty good grove right now but things happen, life happens, plays happen,” said Best.

Eastern and Montana square off at 7:30 pm on ESPN2 on Saturday and we’ll have you covered on KREM both pre and post-game.